Communism: Are We There Yet? Read This And YOU Decide

www.azquotes.com
Communism: Are We There Yet?

Maybe our Governors could let us know if we "are there yet". Have they made "contributions" along the way?

"A full day's participation at the 1960 Governors' Conference during which there would be a joint discussion of common problems--housing, health, old age care, etc."


Has the National Governor Association (NGA) helped to move us "there" with their Communist Common  Core? They are the sole owners and developers of Common Core, along with the Council of Chief State School Officers. (CCSSO)
Haven't the Legislative and the Executive Branches of our government  been most helpful, too? 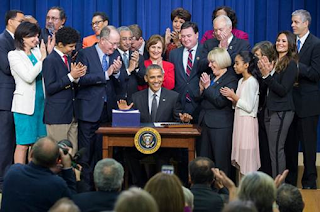 Did the National Education Association (NEA) and the United States Council of Catholic Bishops give their support to and praise of  the dear leaders who passed ESSA?

The list of  other organizations supporting the passage of ESSA is quite extensive.

Who is missing from the list of those helping to "get us there"?  Could  it be the grassroots, the parents, the voters, the taxpayers, and the majority of  U.S.citizens who wish to keep their Constitutional rights... the backbone of this country?

And how helpful has HUD  been in "getting us there" by writing new laws for our soon to be Equalized Communes, er Communities? Will these communities perhaps use George Orwell's Communist Animal Farm as their model, where "all animals are equal but some animals are more equal than others?"

On February 10, 1972 President Nixon signed  Executive Order 11647 entitled "Federal Regional Councils" which embarked this nation on a course of Regional Government. At that time our country was turned over to a Communist Regionalism form of government. The Hon. John R. Rarick of Louisiana made this entry into the congressional record on July 30, 1973.

Our  nation is deeply involved with the Communist United Nations, its Treaties. its  Global Education First Initiative, and its other controlling appendages.

All the above only scratches the surface of what has been Inflicted upon our beloved country, while, in the  meantime. U. S. citizens have been appeased by  "Bread and Circuses" 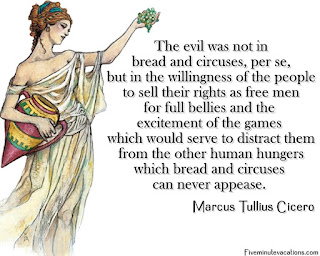 Perhaps you know of even more dear comrades and organizations who have helped America in “getting there”.  Are those mentioned above just gullible, as Khrushchev suggests, or can we call them Traitors to our Constitutional Republic? Hasn't the grassroots warned our leaders over and over again? 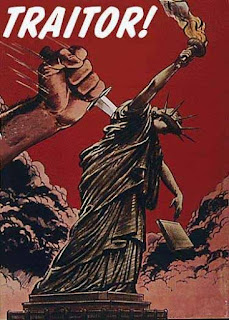 Posted by Charlotte Iserbyt at 6:50 AM