TRANSCRIPT OF CHARLOTTE ISERBYT’S INTERVIEW WITH JEFF RENSE REGARDING DONALD TRUMP’S POSITION ON EDUCATION AND NEED FOR PUBLIC TO BE INCLUDED IN VETTING OF ALL CANDIDATES ESPECIALLY THAT OF SECRETARY OF EDUCATION.

We do not want Mr. Trump to fall into the camp of former well-meaning candidates who were deceived due to the 100-year plan/agenda that both parties be controlled at the top by the internationalists.

What that means is that the USA is facing for the umpteenth time an election which will not basically change anything, even if the incumbent President wants to Make America Great Again.

Taking the above into consideration, I suggest that all names being considered for Secretary of Education be made public so that the American people can “vet” the candidates. We cannot allow what happened under the Reagan Administration, the naming of a communist from Utah, the late T. H. Bell. 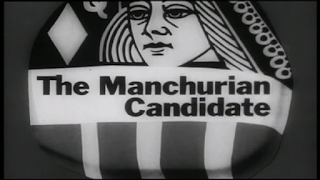 Had Americans been given T. H.  Bell’s controversial background prior to Reagan’s election to the Presidency, and subsequent approval by the U.S. Senate,  it is possible very activist and knowledgeable researchers/activists living in the D.C. area would have been able to stop his approval by the Senate.  (We were told exactly that in advance of the Senate hearing by the head of the Utah Education Association who was close to Bell!).

Here is a list of persons, and anyone associated with them, at any time, that we would NOT want to have considered:

Any former Secretaries of Education, such as Senator Lamar Alexander, William Riley, or William Bennett; Chester Finn, John Ayers, former Vice President of the Carnegie Foundation for the Advancement of Teaching (CFAT) and brother of “building bomber Bill Ayers”, Tony Wagner, Tom Vander Ark, Lee Shulman, former President of the CFAT, et al, or any person associated with their work, or tax-exempt foundation (such as Heritage, Carnegie/Rockefeller/Ford, et al, or corporation…Gates et al), or corporate head.

The aforementioned “change agents” and thousands of others, over the years, have created the deliberate dumbing down of america in order to install a new (socialist/fascist/communist) economic and political system in America.

We want a Secretary of Education who will return our schools to traditional academics run by elected school boards and teachers trained in true academics, not performance-based Skinnerian animal training techniques necessary for taking their servile place in the global economy to spin off profits for the global elite. We want our public schools returned to their pre-1965 Elementary and Secondary Education Act excellence. We agree with C.S. Lewis that when training beats education, civilization dies.

Here is a quote from Yale University’s Skull and Bones Commissioner of Education Harold Howe, in a speech at Columbia University on May 3, 1966. Mr. Martin, Alabama, Cong. Record, 8/9/66: “If I have my way,” he (Howe) said, “schools will be built for the primary purpose of social and economic integration.” True enough, he said in another address on July 19, this would abolish the concept of neighborhood schools in many areas of the nation, but the concept ought to be abandoned anyhow:

“To a disturbing degree it has come to mean the polarization of families according to the size of their split-level homes or the size of their welfare checks. We are faced with the fact that we are becoming a nation of plush suburbs on one hand and mid-city slums on the other.”

“Howe’s anger is directed at those ‘who live in a world of wall-to-wall carpeting, pleasant back yards, and summers at camp.  Such affluent families “forget that their neighbors in the central city have children who play in alleys and live six to a room.”  By the judicious use of Federal funds, the commissioner will compel them to remember.  His thought is to contrive “new boundary lines” that ignore county and city limits.  He would bring ghetto children to the suburbs and suburban children to the ghetto.  Or he would develop “educational parks” of perhaps 20,000 students, where a proper “cultural mix” could be imposed.

(Comment:  After 50 years, such “judicious use of Federal funds”, i.e., the  expenditure of hundreds of billions of dollars, ostensibly to help inner city children, those very children are considerably worse off than they were when Howe was delivering his speech.  Just ask their parents.  What actually happened was those children were used as the guinea pigs for experimentation with the Skinnerian mastery learning/direct instruction/OBE system, which eliminates competition, grades, etc. NOW going into ALL schools of the nation for full implementation of the international school to work agenda, through tax-funded school choice.  This tragedy deserves a Congressional investigation).  See Iserbyt “Experimentation with Minorities”, click here.

Does Mr. Trump have the above history? If he doesn’t, I sure hope the listener/reader will make sure he receives it before our nation is faced with another “education catastrophe”, this time the move to global work force training through tax-funded school choice with no elected boards.     The historical  information is found in  the deliberate dumbing down of america, 1999,  a free download at deliberatedumbingdown.com or in the updated/abridged version, 2011, available at amazon.com.

Competition is why I’m very much in favor of school choice. Let schools compete for kids. I guarantee that if you forced schools to get better or close because parents didn’t want to enroll their kids there, they would get better. Those schools that weren’t good enough to attract students would close, and that’s a good thing.

For two decades I’ve been urging politicians to open the schoolhouse doors and let parents decide which schools are best for their children. Professional educators look to claim that doing so would be the end of good public schools. Better charter or magnet schools would drain the top kids out of that system, or hurt the morale of those left behind. Suddenly, the excellence that comes from competition is being criticized.”

The above quote indicates Trump does not understand the real purpose of tax-funded school choice, and that such choice has nothing to do with improving academics.  Is it possible he does not understand the 86-year Carnegie plan to use the schools to change America’s capitalist economic system to a planned (socialist/communist) economy?

Maybe we can turn American support for tax-funded school choice around by telling the Moms and Dads that their children in tax-funded choice schools will have to share bathrooms with transvestites! What the government funds the government controls.

Everyone, including excellent educational researchers, are looking at the individual parts of the restructuring puzzle, not assembling the parts into a whole.  If they would take a look at the end result of the individual education reform changes put together, ever since 1930,  they would see a complete change in the USA form of government and economy taking place through education,  now, primarily through tax-funded school choice with unelected boards.  Many Americans do not know that school choice came from the left (UNESCO), is supported by the U.S. Chamber of Commerce, the NEA, et al,  and  that it is being implemented internationally.  Charters are in Russia and elsewhere.

This lifelong education system (creation of the New Soviet Man)  was called for by Carnegie in 1934 in Conclusions and Recommendations for the Social Studies.   This small book calls for using the schools to change USA’s capitalist economic system to a planned economy and in some cases to take our land.  Go to AmericanDeception.com and type Conclusions into search engine.

This lifelong education system is referred to by the National Alliance of Business, on its letterhead, as “Kindergarten to Age 80”.  Think about that.

The corporate fascist transformation was facilitated, amongst other very important Reagan Administration activities,  by President Ronald  Reagan’s Nation at Riskinitiative, the White House Private Sector Initiative, 1982, and the Reagan-Gorbachev and Carnegie-Soviet Academy of Science Agreements signed in 1985 which merged the two nations’ education systems.

“Once we get into office, we’re going to take a hard look at the Department of Education,” he said. “There are lots of things that serve people well, but there are many operations that do not. Civil rights is an important aspect of everything,” but students and colleges might get “better guidance and effectiveness” if we put it all “under one tent” at the Justice Department."


Posted by Charlotte Iserbyt at 12:35 PM