or... BE CAREFUL WHAT YOU WISH FOR!

The above cited article by Dr. Susan Berry, published on Dec. 6, 2014, went on to report the increasing unpopularity of Jeb Bush's continued drive for Common Core:


"With polls showing Republican support for Common Core plummeting, common sense would dictate that Bush call it a day with the nationalized standards, as has been done by other Republicans, such as Maine Gov. Paul LePage..."

Read the remainder of this article. It also goes on to report that


Bush is also the founder and chairman of Foundation for Florida’s Future, a statewide group that says its mission is to “make Florida’s education system a model for the nation.” 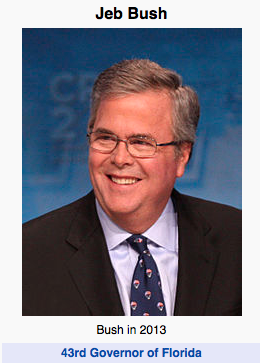 Not surprisingly, the reform agenda for Foundation for Florida’s Future is nearly identical to that of FEE. 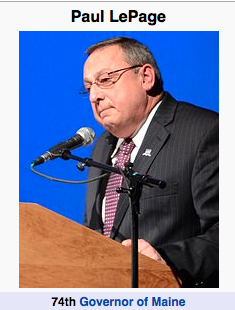 Maine Governor Le Page called me one day before his inauguration four years ago (he was re-elected last November!) to ask why I disapproved of charter schools which is the major part of Ex-Gov. Jeb Bush's Foundation for Excellence in Education (FEE) agenda.

[Steve Schran, public school teacher, and I attended a Governor/Maine Commissioner-approved FEE (Bush/Levesque/Jeanne Allen, formerly with Heritage Foundation/former Florida Ed, Supt. Tony Bennett) road show conference that came into Maine with all its bells and whistles two years ago to push for tax-funded public school choice and charters with no elected boards. Steve and I tried to speak against this tax-funded school choice agenda, but were not allowed to do so; in other words we were told to "shut up."]

Continuing with my conversation with Governor LePage:


GOVERNOR: "Mrs. Iserbyt, what problems do you have with charter schools?" And then he gave all the reasons naive Americans have bought into on why charters will save American education from catastrophe.

GOVERNOR: "Oh, well, we will have to do something about that."

CHARLOTTE'S RESPONSE: " Governor... if you do something about that, you will be right back where you are now with a public school with an elected school board." 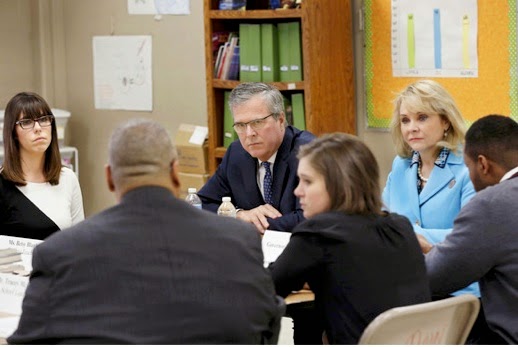 So, four years later, Gov. LePage who became so famous across the country as the conservative Republicans' savior, pushing Communist Core and Tax-Funded School Choice and Charters (with unelected boards) is withdrawing from communist Core?

I have one question left for him, and all the anti-Communist Core tax-funded/ pro school choice Governors, although I doubt he or they will want to talk to me:

The reason for that is very simple: Communist Core is not new it is just the latest label for the national/international curriculum necessary for the Marxist brainwashing of students for life in a totalitarian global system and for  limited learning for lifelong labor. 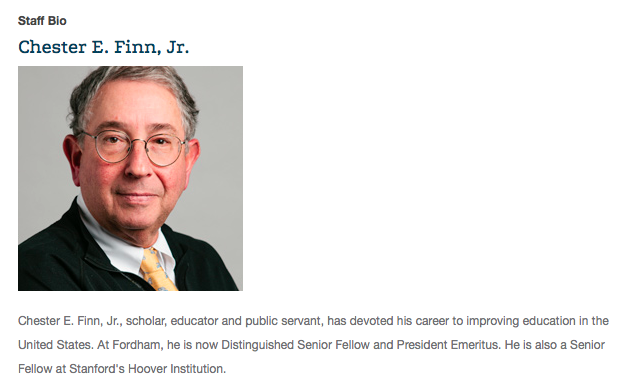 SINCE TAX-FUNDED SCHOOL CHOICE/CHARTERS ARE GOVERNMENT FUNDED, COMMUNIST CORE, ALTHOUGH UNDER A NEW LABEL, MUST BE USED, AND WILL BE USED.

And the parents of those students in the long-planned new form of education (tax-funded charter schools run by unelected councils which is being used in Russia and many other schools internationally as well) won't have anywhere to go to complain about the Communist Core since  charter schools do not have elected school boards."

Is it any wonder Jeb Bush, part of a famous CFR-connected internationalist family, would support this long-planned Communist Core (Marxist planned economy) curriculum?

One almost has to give him credit for sticking to his globalist COMMUNIST CORE principles.