Blog Told You So Tragicomedy

Tragicomedy Merriam Webster: tragicomedy | a play, movie, situation, etc., that is both sad and funny

The following is update from a previous post Doublespeak Abounds is in regard to Washington State Attorney General Bob Ferguson's response to the Washington State Supreme Court decision declaring Charter Schools unconstitutional.

"Isn’t that interesting? In other words, the AEI (American Enterprise Institute) suggests that the issue go back to the people so that they can vote to eliminate their right to vote. Would such reasoning be the result of the elimination of Formal Logic in schools some time ago; and, could such reasoning qualify one to become..." 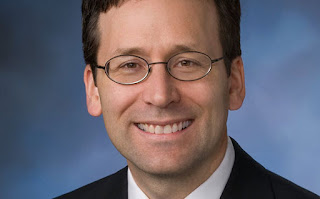 So, Attorney General Bob Ferguson believes it is his "duty to defend the will of the voters" even when what they are voting on has been declared UNCONSTITUTIONAL by the Washington State Supreme  Court.

WASHINGTON STATE CHARTER RULING: Attorney General Bob Ferguson filed a motion [http://bit.ly/1VcjKj5 ] asking the Washington Supreme Court to reexamine its recent ruling declaring charter schools unconstitutional. "It is my duty to defend the will of the voters. Given the significant impacts of this ruling on Washington students and their families, we are respectfully asking the Supreme Court to take another look at its decision," Ferguson said in a statement [http://1.usa.gov/1NXyL3O]. The Seattle Teachers Association opposes the move and encouraged its members to sign a petition [http://bit.ly/1G5NMJ4] in opposition.
Posted by Charlotte Iserbyt at 6:06 AM