The Transformation is Coming 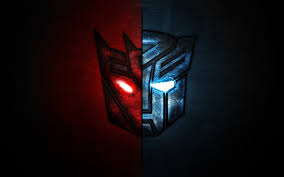 “The UN is coming and coming in the worst way possible for patriotic America!"

IBM'S SMARTER CITIES - ST. LOUIS, MO. IS ONE OF THEM


" Overall themes The long-term solution for public safety is to provide sufficient education, jobs and economic opportunity for all members of a community. As public safety is connected to virtually every City issue from housing and education to economic development and the social safety net, so all these systems must be aligned if we are to prevent crime rather than react to it. The City must renew its focus on using data to track, analyze and predict outcomes across the range of City systems."
After reading about Smarter Cities has crime in St. Louis improved since 2012?
SMART CITIES (TOM VANDER ARK)

"As the majority of the world’s population becomes urban, cities must become centers of learning for young and old. Every person, organization and region needs to get smart – to skill up, learn more and build new capacities faster and cheaper than ever. In the long run, education is the economic development agenda. Innovative new tools and schools are making it possible for individuals, organizations, and cities to boost learning outcomes. Most begin with leadership and an innovation mindset. This combination of persistence, entrepreneurship and a collaborative focus on impact can be taught in every classroom and encouraged in every city. This book was created from a two year investigation project launched to discover the civic formula required to dramatically boost learning outcomes and employability....This book was made possible with a grant from Carnegie Corporation."
These are Portfolio Hubs SO FAR: 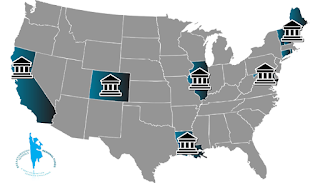 Call your Senators 202-224-3121 and DEMAND that, in light of the national controversy over education restructuring and reauthorization of ESEA,  John King, Jr., Obama's replacement for Secretary of Education, go before the Senate Education Committee for traditional confirmation hearings.

These people (well-meaning or not) are more dangerous than those on the left. Please read the latest post The Rise Of The Education Transformers and listen to my interview BEFORE you read this horribly misleading neoconservative/Trotskyite group letter to Congress opposing reauthorization of ESEA education legislation!!!!!!  No mention of school choice/charters without which globalist takeover cannot possibly be implemented!!!!

The neoconservatives are driving us into global TYRANNY!

REPEAT: This tyranny can not take place without tax-funded school choice and unelected council form of government. This is taxation without representation.

Note well this is the one issue that is not mentioned in the neoconservatives' group letter to Congress.

We intend for this to be the last post. Should something of major global significance occur, be sure to check back with the blog for urgent updates. 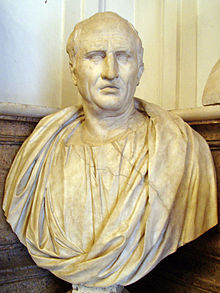 “A nation can survive its fools, and even the ambitious. But it cannot survive treason from within. An enemy at the gates is less formidable, for he is known and carries his banner openly. But the traitor moves amongst those within the gate freely, his sly whispers rustling through all the alleys, heard in the very halls of government itself. For the traitor appears not a traitor; he speaks in accents familiar to his victims, and he wears their face and their arguments, he appeals to the baseness that lies deep in the hearts of all men. He rots the soul of a nation, he works secretly and unknown in the night to undermine the pillars of the city, he infects the body politic so that it can no longer resist. A murderer is less to fear.”


Posted by Charlotte Iserbyt at 10:53 AM