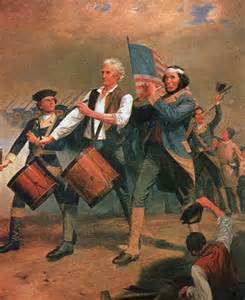 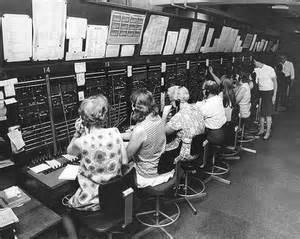 Update: Link to Rense/Iserbyt interview from 7/6/15:

Be a part of a New American Revolution to restore the guarantees contained in our precious Constitution, the guarantees many men and women have died for in foreign wars!

JOIN IN SHUTTING DOWN CONGRESS'S SWITCHBOARD.  SHUT DOWN THE SENATE'S VOTE BY NON-STOP CALLING YOUR SENATORS  (202-224-3121) AND TELLING THEM TO VOTE "NO" ON REPUBLICAN SENATOR LAMAR ALEXANDER's S.1177!!!

This is the most important week for our nation.
Whatever freedoms are left are hanging by a thread.

We are calling on all home schoolers to join us in opposition to S.1177.

Because you are part of the plan!

MALCOLM DAVIS, THE DIRECTOR OF THE OFFICE OF LIBRARIES AND LEARNING TECHNOLOGY, Office of Educational Research and Improvement at the U.S. Department of Education, in response to this writer’s comment in 1981 that computer courseware could allow children to learn at home, responded, “In essence, in the future all education will take place in the home, but the school buildings will be used for socialization purposes.” This quote is not exact; however, it represents this writer’s recollection of it sixteen years later. I was so stunned by his comment that I recall it often when looking at the issue of “choice” and especially that of homeschooling. This comment was echoed by Alvin Toffler, George Gilder and Lewis Perelman during a Progress and Freedom Foundation conference in Atlanta, Georgia in August of 1995. This
conference preceded and dealt with issues molding the “Contract with America” which Newt Gingrich put forth for Republican candidates to adopt as their platforms in 1996. Lewis Perelman’s book, School’s Out (Avon Books: New York, 1992), deals with this very concept and Perelman attended the conference as an expositor of “conservative” positions on education for Progress and Freedom Foundation. [Ed. Note: A 1992 proposal to the New American Schools Development Corporation (NASDC) from The Center for the New West of Denver, Colorado included a plan from its New West Learning Center Design Team which provided a clear picture of the community of the future. “Home School Families” would be linked to “Public Schools, Communities, Private Schools, Businesses, Alternative Schools, and Higher Education” with the New West Learning Center serving as the “hub” of the wheel, or community. While this proposal was not selected as a recipient of NASDC funding, and, fortunately, has not been funded by any government entity—YET—its description of changes in local governance and relationships of community elements met the criteria established by NASDC. (See Appendix XI and XII.)]

Use all social media available to forward this message. This very dangerous legislation, which includes limited learning for lifelong labor under the umbrella of the schools (ultimate provision of ALL services, including mental health (BRAINWASHING), now 100% enabled by decision on Obamacare),  may well be voted on during the week of July 6th!  Debate starts Tuesday, July 7th. Don't forget the National Alliance for Business, on it's letterhead in the 1990's, called for kindergarten to age 80. Think about that!

With THE REAUTHORIZATION OF THE ESEA ACT S. 1177, we are witnessing the emergence of a Radical Center where thesis meets antithesis to bring about a new synthesis.  In this instance we are seeing Republicans (the supposed conservatives) sponsoring legislation with an essentially Communist agenda.  At the same time we are seeing liberal support for the alleged conservative issue of Choice, Charters and Vouchers.

This bill, as we know by now, does not deal with imparting academic knowledge. Its goals  are:  (1) the continued (since the original 1965 ESEA) destruction of our children's attitudes, values, and beliefs, thus turning them into one-world  robots in the corporate global workforce; and (2)  the transformation, collectivization, and internationalization of our nation, using the unelected council form of regional governance (communism) to do so!

Who benefits?  (1)  The global transnational Corporatists and big business, looking for cheap labor in order to  make multimillions/billions (!)  from the  privatization of education, and (2) the  leftists who are using the corporatists' agenda as a vehicle  to re-educate our children from traditional American values to humanist/globalist values;  and to change America into a socialist/communist nation. These seemingly opposing groups and positions all stand to benefit from the passage of s.1177. Their interests meet at the Radical Center.

Here is an example of a coalescing at the Radical Center. The following quotes are from Politico’s comments on this pending legislation: Go here:

“Both Education Secretary Arne Duncan and Senate HELP Committee Chairman Lamar Alexander are pleased with the bipartisan work that's taken place this year on the Senate's education bill - but this week they're looking for very different changes.  Alexander and his party will be looking for more school choice and local control in the bill [ if there was ever an oxymoron, this is it! ed.], while Duncan and many Democrats want the opposite: stronger federal accountability. "There are a lot of contentious issues to deal with, and we'll have those debates on the floor," Alexander told Morning Education.” (Emphasis, Ed.)

“Alexander has spoken with most of his caucus and said most Republican senators are ‘pretty comfortable’ with the bill. Some want to see more school choice provisions and more local control, he said  - but there's some support for more local control among Democrats right now, too. It's ‘very unusual’ for teachers unions and the National Governor's Association to be in line with one another, Alexander noted. Overall his goal is to ‘have enough of a balance that it could pass the Senate and get President Obama's signature,’ Alexander said.” ( Red Emphasis, Ed.)

HOW THE RADICAL CENTER COALESCES :

An article at News with Views states: “S1177 Reauthorization of the Elementary and Secondary Education Act, to be voted on week of July 6, 2015, calls for tax-funded school choice and charter schools using unelected school boards (regional government’s unelected council form of governance rather than constitutional government’s taxpayer-elected school boards.)”  [Why is the “right” calling for a leftist communistic form of government? Comment, Ed.]

“S1177’s tax funding stream allows for communist lifelong community/school “planning” measures, operated by unelected council (the Hillary Clinton “it takes a village to raise a child,” “hub of the community model” springing up all over the nation.” [Why would “Republicans” sponsor this Communist bill? Comment, Ed.]

S1177’s tax funding stream, which includes partnerships with business, is geared towards Skinnerian/Pavlovian performance-based (OBE/TQM) global workforce training for not only K-12 students, but for all Americans to Age 80! The National Alliance of Business on its letterhead, in the mid-nineties, stated: “Knowledge Supply Train: Managing K-Age 80 Learning.” Go Here:

Why have all the “conservative” foundations and organizations remained silent on S. 1177 until just a few days ago? Why are they just now opposing this bill that has been on the Senate agenda for many months? Neoconservatives are presently, a few days before the vote on S1177, repeating what they did in late February, coming out in opposition to S1177 at the last minute? The silence of these groups regarding S1177, up until very recently, has been deafening! They realize there is strong grassroots opposition to S1177 due to the ABCSOFDUMBDOWN daily posts!  So they had better get on board and take a NO position or they will lose the ill-gained support they have previously held across the country, and donations will drop off!

When there is a dialectic of ‘thesis vs. antithesis” the result will be “synthesis”, or COMPROMISE.  The debate on the Senate floor over S.1177 could result in an agreement to blend a Marxist, Communist educational methodology and Community Education coupled with a privatization of education (Choice) with no taxpayer input. (Communist council form of government).  This bill must be stopped, no matter what compromises or agreements are made. It will destroy America by destroying not only our constitutional form of government, but  the hearts and minds of our children-America’s future, as well.


NO WAY ANY ESEA COMPROMISES

Posted by Charlotte Iserbyt at 3:48 PM