Leave it to Bill!

It depends on what the meaning of the word "charters" 'is'...

Here are excerpts from the Salon article above:


Bill Clinton weighed in on the debate over charter schools this week, warning that the publicly funded yet autonomous schools must keep their “original bargain” if they want support as alternatives to traditional public schools.

The Huffington Post reports that in remarks before a dinner hosted by the Clinton Global Initiative on Tuesday, the former president hailed the potential of charter schools, even as he called on them to be held to high standards. Clinton cited New Orleans, whose post-Katrina public schools are 100 percent charter. While casting New Orleans’ experience with charters as a success story, he added an important caveat. Charter schools aren’t worth supporting, Clinton suggested, unless they perform better than traditional public schools.

“They still haven’t done what no state has really done adequately,” Clinton told the group, “which is to set up a review system to keep the original bargain of charter schools, which was if they weren’t outperforming the public model, they weren’t supposed to get their charter renewed.”

Clinton’s statement is stunning once you consider its implications. Research shows that the vast majority of charter schools in the U.S. haven’t cleared that hurdle.... [emphasis added]


Bill Clinton's comments before an elitist group of wealthy "globalists" is a jaw dropper.

What kind of balloon is he floating?  We know he and his internationalist friends are depending on using the schools (lifelong, not just K-12) to train for the global workforce, so what's Bill got in his pocket as a possible substitute for charter schools?

To be perfectly honest, I haven't a clue!


Is Clinton's ambiguity a rerun of his comment during Lewinskygate?

Is what he is saying a semantic rerun: "It depends on what the meaning of the word "charters" 'is'?

Were charter schools used as the initial experiment in order to get public acceptance of public/private partnerships and unelected boards?

There has been little discussion of the dangers of such a system, while the nation has been, thanks to the neoconservatives, focused 110% on the nasty Communist Core. Any discussion of tax-funded school choice/charters with unelected boards has been avoided like the plague.  Except on this blog.
Read my post "The Deliberate Dumbing Down of the Village."

Here are some little known facts about Clinton found in my book the deliberate dumbing down of america. From an Atlantic Monthly article, July 1997 titled "The Computer Delusion" by Todd Oppenheimer, we learn Clinton's philosophy about computerized learning (Skinnerian):


The noted psychologist B.F. Skinner, referring to the first days of his “teaching machines,” in the late 1950s and early 1960s wrote, “I was soon saying that, with the help of teaching machines and programmed instruction, students could learn twice as much in the same time and with the same effort as in a standard classroom.” Ten years after Skinner’s recollections were published, President Bill Clinton campaigned for a “bridge to the twentyfirst century... where computers are as much a part of the classroom as blackboards.” [emphasis added] (p. 381) 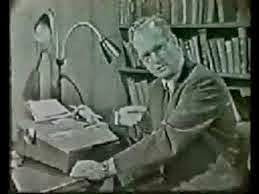 And from The Arizona Republic in an AP report in its October 23, 1998 issue, in an article titled "Charter Schools Bill Now Law," we learn how CHARTER schools were promoted by Clinton and the Democratic Party:


President Clinton on Thursday signed the Charter School Expansion Act of 1998 to speed the development of high-quality charter schools, a key element of his education agenda. The law authorizes up to $100 million a year over the next five years for the planning and expansion of charter schools. Clinton cited the charter schools legislation as an example of bipartisan cooperation....


Charter schools are obliged to adhere to federal guidelines, and are unaccountable to the taxpayers due to their being run by unelected councils; i.e., taxation without representation. Outside of such parental, voter and citizen oversight, they become a seedbed for experimentation on this nation's children.

Posted by Charlotte Iserbyt at 2:29 AM