HISTORY YOU ARE NOT MEANT TO KNOW! 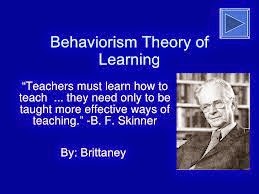 And parents continue to mess around fighting Communist Core? Shouldn't they instead  be focusing on killing tax-funded fake school "choice" which is the vehicle to control not just students, but adults as well, under UNESCO's agenda: Limited Learning for Lifelong Labor.

What the federal government funds the federal government controls. The result of that is ALL education, public, private, religious, and homeschools will be controlled by the international (global) and federal governments. The corporate fascist/socialist/communist elite are a lot further down the road than any of us realized. Just ask those high up with the National Alliance of Business what their goals are. NAB's Vol 15, Issue 5, May 1998 carried a title that should blow us away:

Repeat that last line: K-80 LEARNING!!! Limited Lifelong Labor when you are 80 years old! The history of this goes way, way back. Follow the dates and follow the buzzword trail...


PROLOGUE: Committing to the Feasible Delivery of Effective Educational Results, by Nolan Estes, prior U.S. Commissioner of Education, University of Texas, Austin…. On April 26, 1983, the National Commission for Excellence in Education presented to President Ronald Reagan A Nation at Risk, a report on the status of quality education in the United States.

This commission was formed by Secretary of Education Dr. Terrel Bell, in August 1981, to evaluate the current status of our national educational system in terms of its overall performance effectiveness; and, where appropriate, to propose changes in policy, practices, and programs to increase the effectiveness of our schools….

The beginning of this reported decline in the performance effectiveness began in the 1960’s. As a Commissioner of Education (1965–1969), along with other Commissioners, we made substantial investments in grants and programs to develop more effective professional practices to replace those then in operation. We concentrated our investments in two major programs, namely:

By now the reader should recognize the buzzwords cloaking the Skinner method -- "performance," "effective," "mastery," "success," etc. What is going in right now has been planned for many years, courtesy of you, the taxpayer. While Skinnerian Outcome-Based Education/Mastery Learning/Direct Instruction (OBE/ML/DI) was being piloted on inner-city children in the USA (one example: Chicago Mastery Learning disaster) the US Office of Education, under instructions from UNESCO, was exporting it abroad for use by foreign countries! Appendix VI in my book the deliberate dumbing down of america outlines the significance of Korean education experiments. 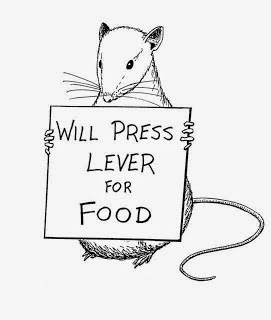 Speaking of buzz words, look at the title of this report from 1983: Education for Results: In Response to A Nation At Risk, Vol.1: Guaranteeing Effective Performance by Our Schools by Robert E. Corrigan, Ph.D., and Betty O. Corrigan (SAFE Learning Systems). This particular paper was published for the Reagan Administration’s use, and actually served as a springboard for implementing OBE. Most of the experimentation history (pilot OBE/ML/DI) programs, including one in Korea discussed in this paper, were implemented in the 1960s and 1970s. The Education for Results Project, which basically called for using Corrigan’s Model (mastery learning/outcome-based education/management information systems) had the support of the following twenty key education change agents: 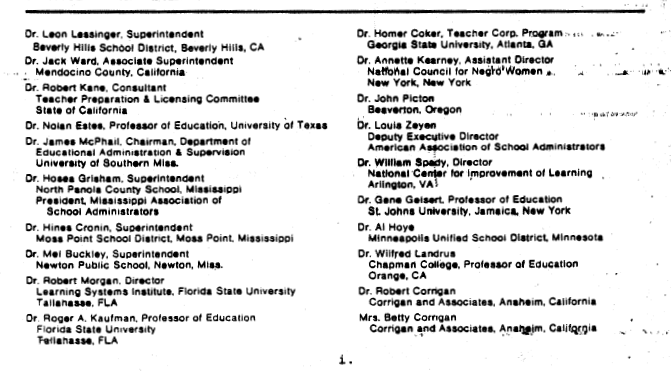 This first sentence below says it all. "Mastery Learning/ Outcome-Based Programs are not a Utopian panacea." Rather it is a totalitarian nightmare. Especially for children. 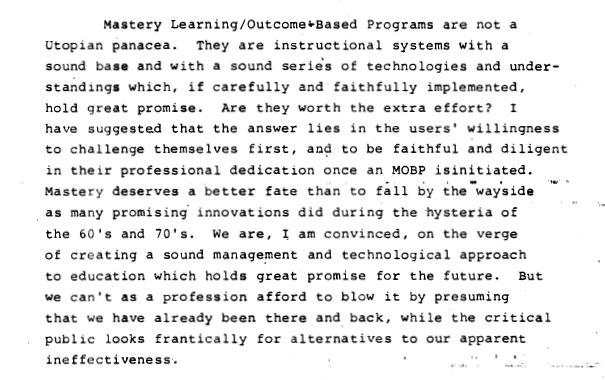 Don't be dumbed down. Read up on the history of Skinner's method, how it rapidly became the global model for education reform. Those supporting Common Core and/or "choice" hope that you won't know the history behind this method. Here it is in their own words, which continues the explanation that is found in the quoted material above:


Several major multi-million dollar programs were initiated in the 1960’s consistent with the achievement of the goals stated above. The major focus on development of more effective management-for-results practices and application was Operation PEP, State of California. This was a multi-year program involving several hundred senior educational administrators across the state. Dr. Robert E. Corrigan, as director of the training programs, offered to these administrators skills in management-for-results practices encompassed in his “Systematic Approach for Effectiveness” (SAFE). The acceptance of these practices by these senior educational practitioners is evidenced by the fact that they were applied by Title III management centers across the state of California after the federal funds were removed.

A second key thrust by the Department of Education (1965–1968) was to support the development of new teaching practices which would prove more effective in the delivery of success for learners. A major program was funded for the installation of a Teacher Fellowship Program at Chapman College, Orange, California. This program was headed by Dr. Robert E. Corrigan to develop a Masters Degree in Instructional Systems Design (ISD). This developing program focused on the design of a new learning-centered technology developed by the Corrigans to assure predictable mastery by all learners of all relevant skills and knowledge in the curricula offered in our schools.

…In these two volumes presented herein by the Corrigans, you are offered the PROOF of these most effective results-focused practices by many school districts both large and small, both urban and rural, in a variety of areas across our country over a period of 22+ years (1960–1983).

Since the 1960s, these effective management-for-results practices have expanded to include the required use of micro computer management systems to control for the delivery of cost-effective results for learners, for the educational practitioners, and the taxpayers.


To download this report, go to AmericanDeception.com and use the search box, type in "SAFE." A page will pop up with this file on it. Simply click the red "Download Now" button to get the full report: 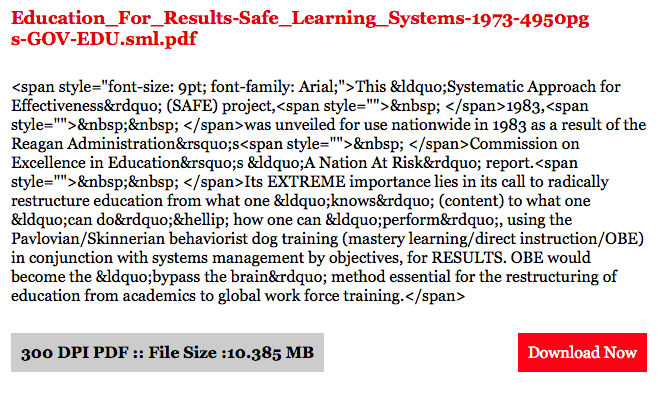