Your Child the Guinea Pig

“We are getting closer to developingeffective methods
for shaping the future
and are advancing in fundamental social
and individual evolution.”
~BSTEP
Few Americans know about this program unless they were trained in education. Even fewer know how seriously bad this program was. And very, very few have ever spoken out publicly and repented (or at least recanted) their indoctrination experiences in this dangerous change agent training. Teachers have been trained to become psychological manipulators, humanistic "change agents" to modify children's behavior.

Behavioral Science Teacher Education Program (BSTEP), 1965–1969, funded by the U.S. Department of Health, Education, and Welfare, was initiated at Michigan State University. Its purpose was to change the teacher from a transmitter of knowledge/content to a social change agent/facilitator/clinician. Traditional public school administrators were appalled at this new role for teachers. Long-time education researcher Bettye Lewis provided a capsule description and critique of BSTEP in 1984. Her comments and verbatim quotes from BSTEP follow, which is taken from Appendix V in my book the deliberate dumbing down of america. This has been adapted, and portions emphasized, for blog posting.


Objectives of BSTEP are stated as follows:

1. Development of a new kind of elementary school teacher who is basically well educated, engages in teaching as clinical practice, is an effective student of the capacities and environmental characteristics of human learning, and functions as a responsible agent of social change.

2. Systematic use of research and clinical experience in decision-making processes at all levels.

3. A new laboratory and clinical base, from the behavioral sciences, on which to found undergraduate and in-service teacher education programs, and recycle evaluations of teaching tools and performance.

…The BSTEP teacher is expected to learn from experience through a cyclical style of describing, analyzing, hypothesizing, prescribing, treating, and observing consequences (in particular—the consequences of the treatment administered)….

The program is designed to focus the skills and knowledge of Behavioral Scientists on education problems, translating research into viable programs for preservice and in-service teachers. The traditional concept of research as theory is not discarded, but the emphasis is shifted to a form of practical action-research in classrooms and laboratory.

The humanities are designed to promote an understanding of human behavior in humanistic terms…. Students are to be exposed to non-western thought and values in order to sensitize [read "desensitize," ed.] them to their own backgrounds and inherent cultural biases.... Skills initiating and directing role-playing are developed to increase sensitivity and perception. Simulation games are included for training in communication skills as leaders or agents of social change. (p. 1) 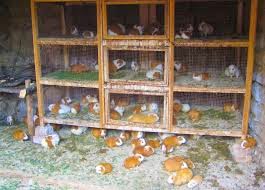 Lewis’s comments regarding “Systematic Analysis of Future Society,” taken from p. 237 of BSTEP:


B.F. Skinner’s behavioral philosophy is quite apparent in this BSTEP Design which states

Calculations of the future and how to modify it are no longer considered obscure academic pursuits. Instead, they are the business of many who are concerned about and responsible for devising various modes of social change. 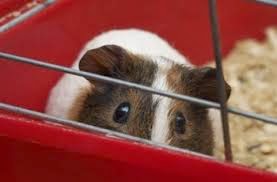 One can’t help but wonder—who gave the educators the “responsibility” or the “right” to devise modes of social change, to use teachers as the “change agents,” and to use the children as the guinea pigs through which society is to be changed? One realizes the extent to which this “future society planning” has already gone after reading through the following lengthy list of organizations involved in this behavioral designing:

This section of the report concludes with: “We are getting closer to developing
effective methods for shaping the future and are advancing in fundamental social and individual evolution.” 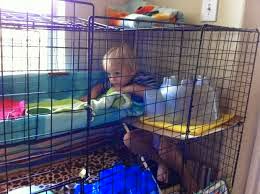 In the section entitled “Futurism as a Social Tool and Decision-Making by an Elite” (p. 248) which Lewis quotes at length. This is a scary section. BSTEP veered far away from education into full-fledged orchestrated futurism. Note what is highlighted in red. Obviously a behavioristic approach to transforming society would rely on pressing the pleasure buttons to control the masses of people:


The complexity of the society and rapidity of change will require that comprehensive long-range planning become the rule, in order that carefully developed plans will be ready before changes occur.... Long-range planning and implementation of plans will be made by a technological-scientific elite. Political democracy, in the American ideological sense, will be limited to broad social policy; even there, issues, alternatives, and means will be so complex that the elite will be influential to a degree which will arouse the fear and animosity of others. This will strain the democratic fabric to a ripping point….

“A Controlling Elite”
…The Protestant Ethic will atrophy as more and more enjoy varied leisure and guaranteed sustenance. Work as the means and end of living will diminish.... No major source of a sense of worth and dignity will replace the Protestant Ethic. Most people will tend to be hedonistic, and a dominant elite will provide “bread and circuses” to keep social dissension and disruption at a minimum. A small elite will carry society’s burdens. The resulting impersonal manipulation of most people’s lifestyles will be softened by provisions for pleasure-seeking and guaranteed physical necessities. (p. 255) 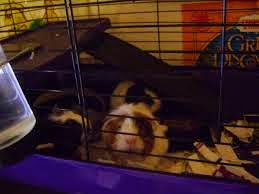 “Systems Approach and Cybernetics”
…The use of the systems approach to problem solving and of cybernetics to manage automation will remold the nation. They will increase efficiency and depersonalization.... Most of the population will seek meaning through other means or devote themselves to pleasure seeking. The controlling elite will engage in power plays largely without the involvement of most of the people.... The society will be a leisurely one. People will study, play, and travel; some will be in various stages of the drug-induced experiences. (p. 259)

“Communications Capabilities and Potentialities for Opinion Control”
…Each individual will receive at birth a multipurpose identification which will have, among other things, extensive communications uses. None will be out of touch with those authorized to reach him. Each will be able to receive instant updating of ideas and information on topics previously identified. Routine jobs to be done in any setting can be initiated automatically by those responsible for the task; all will be in constant communication with their employers, or other controllers, and thus exposed to direct and subliminal influence. Mass media transmission will be instantaneous to wherever people are in forms suited to their particular needs and roles. Each individual will be saturated with ideas and information. Some will be self-selected; other kinds will be imposed overtly by those who assume responsibility for others’ actions (for example: employers); still other kinds will be imposed covertly by various agencies, organizations, and enterprises. Relatively few individuals will be able to maintain control over their opinions. Most will be pawns of competing opinion molders. (p. 261) 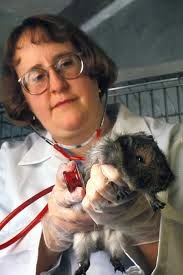 
In order to implement this training and to make sure that future elementary teachers accept the “right attitudes” and “behavioral objectives,” the use of computers and the collection of information are stressed. The “Central Processor” or the computer programmed to accept or reject on the basis of behavioral objectives, will be the “judge and the jury” as to who will and who will not be the future teachers. For anyone who loves individual freedom, who desires it for their own children, and prays for a future America with individual freedom held sacred—BSTEP has to be a most frightening and devastating plan. It is indeed the “world” of Orwell’s 1984, the Identity Society, and the Walden II of B.F. Skinner. In reference to the latter, it is indeed Beyond Freedom and Dignity, the title of a B.F. Skinner book. It is a “nightmare” created by the Behaviorists and Humanists who are fast becoming the Major Directors of Public Education.

Suggestion: After you read through this the first time in an education mindset, then re-read the entire post from the perspective of the BSTEP utopian futurist dream that turns into an ugly totalitarian nightmare for children, teachers, and the rest of society. 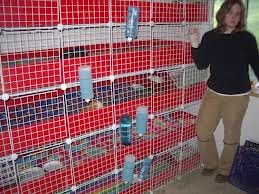 Posted by Charlotte Iserbyt at 6:44 AM