Skinner Arrives on Your Doorstep 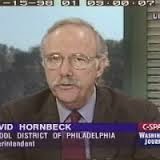 In the Fall of 1990 a document was prematurely leaked to the Iowa public. This document was a landmark guide to understanding the direction that education reform would take in the decades to come. It was never intended to be reviewed by the public, but was supposed to remain in the upper realms of the education elite. This September 19, 1990 report was titled "First Draft of Recommendations on the Iowa Initiative for World Class Schools," and it was authored by David Hornbeck.

During the late 1980s and early 1990s David Hornbeck, a change agent extraordinaire who came out of Carnegie, was cynically dubbed by parents and citizens as "Mr. Have Word-Processor Will Travel." He traveled from state to state as a highly paid consultant and regurgitated nearly identical state "transformation" plans to every state board of education. Since that time he has left a huge wake of controversy in his path wherever he has gone to do his social engineering. Here is a brief bio:

Mr. Hornbeck previously served as Philadelphia’s Superintendent of Schools, Maryland’s State Superintendent of Schools, Pennsylvania’s Executive Deputy Secretary of Education, President and CEO of the International Youth Foundation, an architect of Kentucky’s education reform law KERA, a partner in the law firm of Hogan and Hartson, Co-director of the National Alliance for Restructuring Education, Senior Education Advisor to the Business Roundtable and Deputy Counsel to the Governor of Pennsylvania, He has chaired the boards of the Carnegie Foundation for the Advancement of Teaching, the Children’s Defense Fund, Council of Chief State School Officers, Good Schools Pennsylvania and the Public Education Network,  Mr. Hornbeck served as chair of the Carnegie Corporation’s commission that produced Turning Points and chair of the National Chapter I Commission.

Hornbeck's "draft" report to Iowa was more honest than any of the other state reports he issued. In it he divulged the EXTREME Skinnerian plan to produce "results" in all of society. Below is an insightful article from the November 1992 Iowa Report, "Did Hornbeck Fail?" that gives a broad overview of his plan for education transformation:

It remains a matter of record that to read Hornbeck is to understand America 2000. His sweeping recommendations explicitly outline every detail in the future transformation of education, not only in Iowa, but also across America. He was simply re-stating the grand, master plan at the national level....

Hornbeck covered the assessment testing in elaborate detail. His proposal for Iowa included every aspect of the new individual student testing that would incorporate feelings, behaviors, values, opinions and attitudes. He acknowledged that the core curriculum would be built around the assessment outcomes, meaning the intended test results....

Hornbeck was also open and realistic about rewards and penalties. Later documents would hide the hideous fact that individual schools and teachers would be rewarded and penalized based upon their success at implementing the goals of his report. If the students scored the politically-correct way on the new assessment tests, then the schools would remain open and the teachers would keep their job. If not Hornbeck proposed severe penalties.

...the rewards and penalties... are listed on page after page in Hornbeck's Draft. Ultimately teachers will be subject to the same rigorous assessment of beliefs, opinions, behaviors, values and attitudes as their students. It is likely that the rank and file of teachers do not fully comprehend the ramifications of Hornbeck's penalties, for if they did they might have protested. As it was, the key leaders of each state education organization went with the plan, stating only minor objections.

It was in Hornbeck that one could first learn what the term "mentor" really means, i.e. monitor. He spelled out a job description for an "Iowa Mentoring Educator" who was to travel around the state policing and enforcing transformation efforts. These individuals would be given broad, sweeping powers to shut down schools, manage schools defined to be "in crisis," and generally supersede any remnant of true local control. This shocking job category disappeared from later documents, but the entire proposal makes no sense without some type of policing entity to enforce change...

It was also from Hornbeck that one could first learn that school based shared decision-making was a lie, and why. Hornbeck laid out in vivid detail how these committees should be structured and how they were to function. He made it clear that the entire education accountability system in our country and state was to be superseded by a committee of non-elected officials. Voters and American citizens were thrown out in Hornbeck's equation. Inserted in was a modest concession to a token parent on the committee.... Hornbeck makes it abundantly clear that his master plan must be accepted in its totality in order to work.

Hornbeck also spelled out the entire America 2000 plan, including early chidhood education, school-based clinics, the merging of human services with education, and the absolute dependence upon technology rather than texts....

Tomorrow, on Day 29 of this Skinnerian Horror Files series, we will publish Part 2 and include significant Skinnerian excerpts from Hornbeck's "Draft" proposal to Iowa that was too honest about what would become the agenda of America 2000, Goals 2000, No Child Left Behind, Outcome-Based Education... and what we now know as "Common Core." Stay tuned. . . .
Posted by Charlotte Iserbyt at 10:01 AM