Socialist/international education history is repeating itself for the umpteenth time with UNESCO and Microsoft  in 2004 extending their non-academic/collectivist womb-to-tomb tentacles into teacher education in the Asia Pacific region. Here is an excerpt from the UNESCO webpage you see above:


Project « Next Generation of Teachers »

The first operational initiative was undertaken to prepare the next generation of teachers in Asia pacific region. It judiciously used the technologies for teaching and learning. More specifically, the programme developed a package for Teacher Education Institutions (TEI). Specific methods helped assess and meet the needs in terms of technology integration. Materials such as assessment tool, curriculum frameworks, start-up kit, and training modules were developed. A network of TEI was created to document and consolidate lessons learned to be used as feedback for policymaking and recommendations. 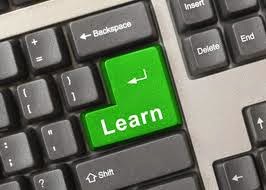 UNESCO'S involvement in the former Eastern European communist countries took place in 1977. The only difference between then and now was the lack of sophisticated computer technology systems on an international scale. Enter billionaire Bill Gates on the scene in the 1990s.

Remember: American education is under the direction of UNESCO due to our membership in the United Nations. In November of 1977, UNESCO published and distributed a document titled DEVELOPMENT OF EDUCATIONAL TECHNOLOGY IN CENTRAL AND EASTERN EUROPE STUDIES: Division of Structures, Content, Methods and Techniques of Education.

Below are some excerpts from the “Section on Methods, Materials and Techniques” so that the reader will see how Common Core is identical to education in the former Eastern European communist countries.

The factors exercising a decisive influence on the present standards of the application of educational technology and the strategies and rate of its further spread in the countries listed above are as follows:

a. the overwhelming majority of the countries represented (8 out of 10) are socialist states;
b. except for the Soviet Union and Finland, the nations concerned can be classified into the category of fairly developed countries from the technological point of view. 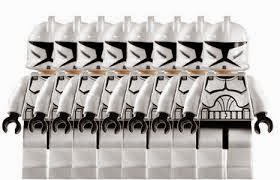 On the basis of the above factors some of the specific characteristics of the development of educational technology will be underlined. It follows from the essence of the socialist structure of the state in the countries concerned, except Finland and Greece, that their educational system is centralized. This creates an extremely favourable situation for central state measures designed to modernize education. The socialist state possesses the means necessary for education... for the widespread use of methodology based on solid technological foundations and of the media and means of educational technology.... In a situation in which millions of students learn and hundreds of thousands of educationalists teach, on the basis of unified curricula, decisions involving the development of the method to be adopted in education and of the media and aids of educational technology call for very thorough preparatory work.…

The socialist countries also have a substantial advantage from the aspect of the development of educational technology because the training and in-service training of teachers rest on a uniform basis. In addition, curricula are uniform in the individual countries and for the different types of schools harmony between the curricular activities and the development of educational technology can be therefore established comparatively easily. [all emphasis added]

A flow chart on page 11 of the UNESCO study includes under “Factors Influencing the Introduction
of Educational Technology” all the components currently found in American Common Core educational restructuring :
Sound familiar? Read more from my post on Monday, November 3, 2014, "Common Core on a Global Scale"Welcome to the GLOBAL COMMONS! 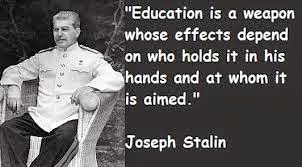 Endnotes:
1. United Nations Educational, Scientific, and Cultural Organization (UNESCO: Paris: ED–77/WS/ 133:English Edition). See pages 147-148 in my book the deliberate dumbing down of america for more information on this history.
Posted by Charlotte Iserbyt at 11:52 AM