abcsofdumbdown blog will keep you updated regarding HR5 and S1177 conference and vote. Please keep checking back for important updates.

Definition of doublespeak from google:

Read the paragraph below for a prime example of DOUBLESPEAK. 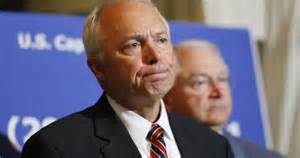 KLINE READY TO WORK ON EDUCATION LEGACY: House Education and the Workforce Committee Chairman John Kline said Wednesday his decision to not run for Congress will "free up time" for him to work on legislation including plowing forward with No Child Left Behind reauthorization, which he hopes to complete by the end of the year. Kline declined to tell reporters when an official conference process for No Child Left Behind will begin. He said that September is a short month on Capitol Hill, but he expects a conference - which he will chair - to be formally put together in a matter of weeks. More from Maggie Severns: http://politico.pro/1LXWZYg.

- A number of other education issues are on Kline's plate, too: Aides are at work on Higher Education Act reauthorization, and other issues including school lunch and juvenile justice are on Kline's radar for his final months in office, he said. And an update of the Family Educational Rights and Privacy Act (FERPA, ed.) could happen too, Kline said, though the bill may not go through a committee markup this month. Rather, he's hoping a rewrite to the student privacy law could be rolled into NCLB in the conference process. 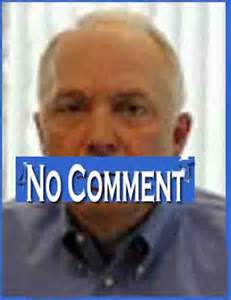 dumpjohnkline.blogspot.com
Posted by Charlotte Iserbyt at 10:18 AM