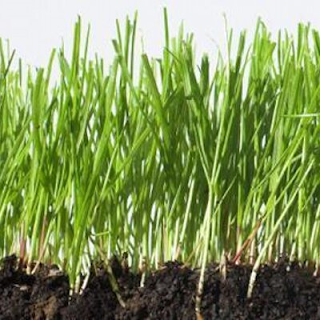 KILL THE EVERY CHILD ACHIEVES ACT

Grassroots still has a chance to kill S1177,  Senator Lamar Alexander's The Every Child Achieves Act,  which passed the Senate on July 16, 2015.

The following quotes are taken from a very important article by Alex Newman, The New American, publication of The John Birch Society, August 12, 2015:

"Under the plan, adopted in the Senate last month as part of a massive “education bill” solidifying federal control over children and schools, federally funded so-called community schools will “target” families and children for “services” covering their “academic, physical, social, emotional, health, mental health, and other needs"

."In other words, children ensnared by “community” schools can spend virtually all of their time there and receive all of their “services there — one step short of Obama Education Secretary Arne Duncan’s recent pitch for government boarding schools that he said should have children 24 hours per day, seven days a week.”

"Essentially, these Obama-backed “community” schools will become your child’s parents, nanny, educator, doctor, dentist, food source, psychiatrist, and more. It was not immediately clear whether hugs would be included, but practically everything else is. In other words, these “schools” will expand and accelerate the ongoing usurpation of the role of families and parents in raising the next generation of Americans. And just in case, parents can receive home visits from the swarms of federally funded school bureaucrats — in addition to parenting lessons from Big Brother on how to care for Big Brother’s children. The federally funded “full-service community schools” will also be keeping watch for Big Brother, with tax funding allocated to help the parental-replacement centers create data-collection systems aimed at knowing everything about everyone."

Grassroots should reproduce Newman article and related posts at abcsofdumbdown.blogspot.com (January - September 2015) and forward this researched info to their respective Republican Representatives, those who voted "no" (with a huge thank you) and those who voted "yes" (with an urgent plea they switch their yes vote to a no  vote) when the final post- Conference up/down vote takes place later this month.

Grassroots should also send their representatives latest information related to Washington State Supreme Court's recent ruling that charter schools are unconstitutional; at the same time pointing out that many pages of S. 1177 relate to the use of  funding/use of tax-funded charter schools which have no elected school boards which is Taxation Without Representation.

Link to find out how your Representative voted on Student Success Act:

HOW THE CONGRESSIONAL SYSTEM WORKS:

After S.1177 ESEA Reauthorization, Every Child Achieves Act, passed, both  members of Senate and House are required to go into Conference to iron out  differences.   After the "ironing out" takes place,  there is a bipartisan-approved Conference Report released.  Both Senate and House members will then, separately,  take a final UP/DOWN vote.


The Conference Report must be passed (as is...with no changes) by both the House and Senate or it will die. It is at this point that we feel we have an excellent chance of overturning this very dangerous/totalitarian legislation which is guaranteed to end the America we have all come to love, the America which guarantees freedom to ALL citizens (lifelong) and especially the freedom for parents to bring up (make ALL, repeat ALL decisions regarding their children's attitudes, values, and beliefs, health,  education, future employment choices, and futures, in general).
We believe the grassroots has a great opportunity to kill ESEA.   We almost killed it in February when Rep. John Kline, Chairman of the House Committee on Education and the Workforce  was forced to table HR 5  due to not having enough votes.  And we sure almost killed it July 8, 2015 when it mysteriously passed by a 5-vote margin (five necessary votes coming in at the very end!) The bill was defeated in allotted time.  Time had to be extended to get the necessary votes!
HOW CAN WE KILL IT?   Very simply by persuading enough of those Republicans who voted "yes" on H.R.5, July 8, 2015, to switch their "yes" vote to  "no"  votes.   The information that has been unearthed since passage of S.1177, including above very important information regarding charter schools being unconstitutional,  should convince these Republicans that they should change their vote from Yes to No.
ABCs of DumbDown: RED ALERT RED ALERT RED ALERT #13
Please click on following link regarding the need to contact your representatives  as soon as possible.
https://www.aace.com/files/2014-congression-i-work-schedule.pdf

Posted by Charlotte Iserbyt at 7:03 PM