IS TRASHING ELECTED OFFICIALS THE GOAL OF UTAH EDUCATION CONFERENCE? 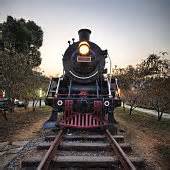 SHOCKER IN UTAH-LISTEN TO THIS:

ABCs of DumbDown: "Birds of a Feather Flock Together":

The goal of Carnegie “Challenge” research papers is “to lift up ideas and issues in a way that we hope will elevate them to the nation’s agenda.” So, why has this all-important finding not influenced the debate over the Common Core agenda? [bold in original]

This lifelong communist system, called for by Carnegie in 1934, is necessary for the "planned economy." It is supported by John Ayers, ex-VP of Carnegie Foundation for Advancement of Teaching, who put eight charter schools (necessary for school to work training) into Chicago, with the support of his Weatherman bomber/ brother, communist Bill Ayers (close to Obama), and the whole nest of red birds out of University of Chicago, Brown University, Harvard, etc., receiving funding from Annenberg and other corporations/foundations. (Read more HERE.)"

It is likely the national neoconservative movement will support the Utah conference agenda due to it's support for tax-funded school choice/charters with unelected boards, and its support for Skinnerian workforce training method (Heartland Institute). ABCs of DumbDown: THE SIX (SICK?) C's CONTINUED

WILL  MARC TUCKER'S PLAN TO SHIFT CONTROL (ACCOUNTABILITY) OF EDUCATION  FROM THE FEDS TO THE STATE, IN UNISON WITH:

1. THE CARNEGIE/ GATES' "PORTFOLIO" PLAN TO SHIFT DISCRETION OF COURSE CONTENT AND USE OF MONEY TO THE LOCAL"COMMUNITY"  SCHOOL EDUCATORS (AS PER THEIR CEE-TRUST PROGRAM TO ACCOMMODATE COMMUNITY EDUCATION AND CHARTERS),

2. AND THE CHARTER PUSH BY EDUCATIONAL GURUS,

CREATE THE PERFECT STORM TO DESTROY OUR REPRESENTATIVE FORM OF EDUCATION?

WHAT MIGHT HIS PLAN BE for the Utah Conference on Education?

Here is what Tucker will address at the conference (pdf link above):

Participants will hear about national and international efforts to transform education systems to improve student outcomes with an opportunity for questions and answers.

Marc Tucker, President and CEO, National Center on Education and the Economy


Table Discussions
Participants will discuss questions related to transforming Utah's education system in small groups to brainstorm strategies for improving student education outcomes in Utah." (Emphasis added)
WHAT MIGHT THOSE SYSTEMS BE?
A.  CRPE/CEE-Trust
1. Reorganize State Boards of Education according to Carnegie/CRPE's "Portfolio" system of "Contract" and "Compact" schools. ( CRPE favors Charter schools. Russia has contract schools.)
2. Steps:
a. The state enforces accountability and delegates authority and support to Community School Offices. (CSOs)
b, Local school boards will cease to exist.  The CSOs will, instead, have an unelected, appointed "Advisory Board".
c. Community School Offices. CSOs oversee all public schools in their designated area. Private and faith-based schools can expected to join due to their inability to compete with tax-funded schools.
d. CSOs will co-ordinate all community services and partnerships. This will be done at the Community level.
e. Portability: Government  funds follow the students so they can choose any school, including "faith-based" schools. If private and faith based schools join, they must be "religious neutral".
f. Charter schools will probably become the only model since they have no elected boards, are tax funded and will be heavily promoted. National and international vendors can apply for charters.
g. Educators decide what will be taught or emphasized at their particular school. Perfect for workforce training.
h. This is what "Life-long Community Education" is all about: The community controlled by unelected boards with no taxpayer representation. The National Alliance of Business, on it's letterhead in the 1990's stated: "KINDERGARTEN-AGE 80 WORKFORCE TRAINING".
B. Tom Vander Ark, Executive Director Education, the Bill and Melinda Gates Foundation:
Transformation of Education and Change Leadership:  Help school leaders rebuild the school system with a new systems framework for education. (excerpted from the forward written by Tom Vander Ark  for Tony Wagner and Company's book, "Change Leadership": A Practical Guide for Transforming our Schools"..
C. Jeb Bush's Foundation for Excellence in Education (FEE)
Bush is the chairman of the Foundation for Excellence in Education, which promotes expanding charter schools and vouchers;
Launched by former Governor Jeb Bush in 2008, the Foundation for Excellence in Education’s (ExcelinEd) unique contribution is working with decision makers on developing and implementing reform policies. We are a hands-on, how-to organization that provides model legislation, rule-making expertise, implementation strategies, and public outreach.
D. PISA AND THE FINNISH MODEL?
CARNEGIE'S COMMUNIST MANIFESTO FOR AMERICA
ABCs of DumbDown: PISA LUCK RUNS OUT
ABCs of DumbDown: Finnish Education & The Brooklyn Bridge
Governing American Education


COMMUNITY EDUCATION IS FOR EVERYONE!!!

Posted by Charlotte Iserbyt at 7:30 AM