The 3Cs of Destruction

"San Jose charters are not waiting for new standards
to change the future for countless students.
They are doing it right now." (SJMN Op Ed)

This is for all those warriors concentrating on fighting Common Core while ignoring or supporting the concept of charter schools! It is time to wake up!

The idea that charter schools provide an alternative to other public schools is a wishful thinking myth, as admitted in the Op Ed in San Jose Mercury News (7-7-14). Charters, as identified in the Op Ed, are leading the charge in Common Core. And other charters, being tax funded PUBLIC SCHOOLS, will follow suit whether any state reportedly dumps or avoids what is currently called Common Core Standards or not.

...[T]his system will be a major shift in how traditional public schools teach students and measure progress. But at our San Jose charter schools, it’s what we’ve referred to all along simply as “school.”

What’s now expressed as Common Core is deeply rooted in our teaching practices....

Ours are just two of the groundbreaking charter public schools in San Jose getting exceptional and measurable results for students. Innovation and flexibility are inherent in charter school DNA....

Our schools, like all charters, are tuition free public schools....

Parents are choosing them in high numbers.

San Jose charters are not waiting for new standards [i.e., Common Core, ed.] to change the future for countless students. They are doing it right now. [all emphasis added]

The name of Common Core may go away, but the CONCEPT doesn't need that name. As the Op Ed piece documents, the methodology of Common Core is what the identified charter schools have "referred to all along simply as 'school'." The concept of CC is already an integral part of the charter schools' "DNA."

Common Core and Charters are closely integrated prongs of a larger agenda.  Perhaps we should begin a new abbreviation for the scenario:
The Three C's of Destruction... the Troika of 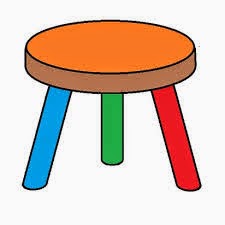 Posted by Charlotte Iserbyt at 1:58 PM