A Vanishing Species of Superintendents 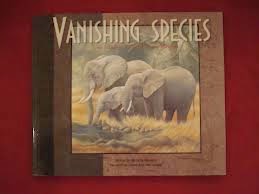 Refreshing Stands Past and Present

2014: Iberville, Louisiana superintendent takes a stand against charter schools, based on what it will do to destroy citizen rights and how tax money will end up in private for-profit corporate coffers. Two articles report what is going on. Note what is highlighted:


PLAQUEMINE — The construction of what is expected to become the first charter school in Iberville Parish has the parish’s school superintendent on edge and voicing concerns about what he sees as a potential threat to the public school system.

“It’s an intrusion on our local rights and tax money,” Superintendent Ed Cancienne said Wednesday about the construction of Iberville Charter Academy....


Shortly before Tuesday’s information session started, Cancienne sent out a letter to parish residents that he said was to clear up any confusion that the new school was affiliated in any way with the Iberville Parish school system....


Once opened, money for the school’s operations will come from the state’s Minimum Foundation Program which annually allots a certain amount of money to local schools on a per child basis.

That is money that would otherwise go to the public school district if students remained enrolled in its schools.

According to the school’s website, the curriculum at Iberville Charter Academy will be aligned with Common Core Standards geared toward college readiness. 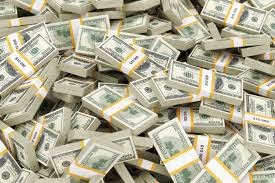 PLAQUEMINE — The Iberville Parish School Board decided Monday it would fight to retain more than $3.8 million in state funding by suing the state Board of Elementary and Secondary Education.

The school district is seeking an injunction to stop BESE from funneling the state Minimum Foundation Program funding to a new charter school, which opened on Monday, until the matter can be heard in court.

The board made the decision during its regular meeting Monday night at the recommendation of Superintendent Ed Cancienne, who previously called the opening of the Iberville Charter Academy “an intrusion on the school district’s rights and tax money.”

This parish shouldn’t have to suffer; to take our local dollars to support a private business and make a profit off of our kids in this parish, it’s not right,” board member Brian Willis said before voting Monday.

What we’ve seen in Louisiana … is a great proliferation of charter schools based on a for-profit model that are locating in districts that have high per-pupil allocations, especially the local share of revenue raised in the Minimum Foundation Program,” Richard said to the board. 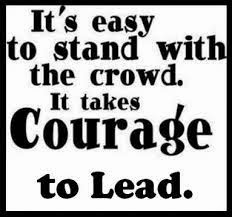 1986: ON MAY 5, 1986 THE ST. LOUIS GLOBE-DEMOCRAT RAN AN ARTICLE ENTITLED “SCHOOL Officials Upset by New State Plan” which reported that local educators objected vociferously to a new state plan that required them to give standardized tests in seven core subjects to students in the third, sixth, eighth, and tenth grades. Excerpts from this article follow:


Local educators are stepping up their criticism of what they claim is state interference in the way local schools teach children.... The tests are required by the Excellence in Education Act of 1985, a reform bill that educators have largely supported. But school officials claim the testing component will force them to change their curriculum so students learn material in the same order the tests are given [teach to the test]. They claim 70 to 80 percent of the curriculum in local schools could be determined by the new tests....

“We are not opposed to the concept of teaching children the fundamental facts that they ought to know. The issue is who controls the curriculum,” said Kirkwood School District Superintendent Thomas Keating. Keating and other superintendents aired their complaints at a joint meeting last week of the Cooperating School Districts of the St. Louis Suburban Area and the Missouri School Boards Association....

…One of the harshest critics of the test plan is Ferguson-Florissant Superintendent Daniel B. Keck, who said the districts may just as well replace their school names with “Department of Elementary and Secondary Education, State of Missouri, Local Annex.”...

Keck, however, said the state has bypassed elected school board members and established a direct “pipeline” to local schools. He said administrators are accountable to whoever sets the curriculum.... “To whom am I as the chief executive officer of a school district responsible: to you, or DESE?” Keck said. “In this particular system, there are no checks and balances. That is bad governance.” He said the media will create public pressure to excel on the new tests.... [Emphasis added. Continue reading this story in the deliberate dumbing down of america, p. 234.] 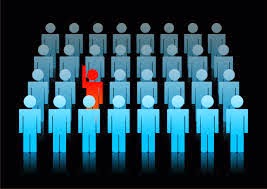 1975: SUPERINTENDENT RAY I. POWELL, PH.D., OF SOUTH ST. PAUL, MINNESOTA PUBLIC SCHOOLS spoke out regarding values clarification and sensitivity training in 1975, saying, “It’s all brainwashing!” Excerpts follow from a memorandum to “All Administrators from Ray I. Powell” concerning Center Bulletin No. 39: 1974–1975, dated February 26, 1975:


1. Parents have the prime responsibility for the inculcation of those moral and spiritual values desired for their children in the areas of abortion and birth control. Indeed, this is an inherent right of parents and must not be denied....

Effective immediately, the teaching, advising, directing, suggesting, or counseling of students in these two (2) areas cannot be/shall not be the responsibility nor the task of the South St. Paul Public Schools.

Rather, the efforts of the public schools, henceforth, shall be directed towards expanding those complimentary learning experiences in other areas of the total curriculum that will enhance these two (2) parental values, i.e.:
2. There are more and more concerns and questions being registered today regarding the questionable results and the true intent of SENSITIVITY TRAINING, as well as its germaneness to the goals and objectives of public education, the training of educators, and the learning experiences of students.

Sensitivity training is defined as group meetings, large or small, to discuss publicly intimate and personal matters, and opinions, values or beliefs; and/or to act out emotions and feelings toward one another in the group, using the techniques of self-confession and mutual criticism.

It is also “coercive persuasion in the form of thought reform or brainwashing.”

Is the prime concern in education today not to impart knowledge, but to change “attitudes,” so that children can/will willingly accept a controlled society? Are the public schools being unwittingly re-shaped to accomplish this and without realizing it?
[Emphasis added. Continue reading this story in the deliberate dumbing down of america, p. 131-132] 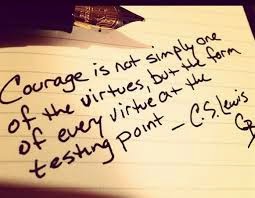 Posted by Charlotte Iserbyt at 3:16 PM