Controversies about Charter Schools and their less-than-stellar operators are heating up all across the country. Below is just one story that came out this past week. Read it and weep. Remember - it is children who are being adversely affected by this greedy madness, and it is tax-paying citizens who are losing local control.

The move to hire Weaver, a Republican political consultant and campaign adviser to former Ohio Attorney General and State Auditor Betty Montgomery, follows two months of stories by a number of newspapers.

In recent years, Weaver has worked for the campaigns of Republican Ohio Supreme Court Justice Robert Cupp and presidential candidate Mitt Romney and has been a spokesman for gambling interests and electric utilities. About a dozen years ago, he helped with a political action committee backing Supreme Court justices who would hear charter school cases. The PAC was headed by charter-school operator David Brennan of White Hat Management.

Keep in mind that charter schools were set up across the country on the principle of "waivers for favors." In exchange for granting "waivers" that permit most charters to operate far outside any state or local scrutiny or control over their entire operations, legislators and other elected officials have received "favors" (campaign donations, etc.). In other words, most states turn a blind eye on charter schools, who operate under very few regulations, even at the expense of student safety. Horror stories have abounded. 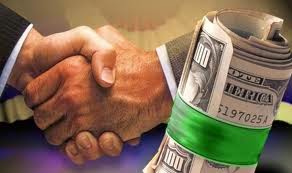 Here is a run-down of the horror stories recorded in just this one article: 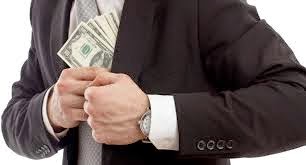 For background information about Charter Schools and how they got started, their sleazy operators, the horror stories, and how they built their profitable financial empire in Ohio on the backs of taxpayers and schoolchildren, read "The Choice Charade" article series posted at: http://www.deliberatedumbingdown.com/pages/articles/choice1.html
Posted by Charlotte Iserbyt at 7:24 AM