And What They Are Not Seeing 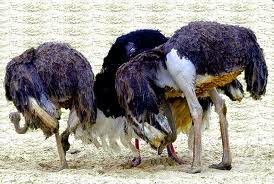 I stand on my (and others') conviction that charter schools are a deceptive Trojan Horse. Reciting the merits, or lack thereof, of specific charter schools avoids the underlying issue. The real issue is turning over TAX SUPPORTED schools to private interests with their own agendas.

It must be understood that my opposition regarding charter schools and the entire "school choice" movement does not imply satisfaction or agreement with what the dumbed down traditional schools have become. My record attests to having alerted, warned, written, and spoken out since the 1960s about the planned, programmed, budgeted, deliberate dumbing down process which succeeded beyond the perpetrator's wildest dreams.

The process had a name: "The Unfreezing of the System." But few parents or anyone else paid attention, not even Christian or Parochial Schools who, in many if not most cases, dabbled in the same destructive methodologies which were destroying the government schools. This is why a minority of parents quietly began to home school, something unheard of before the '60s and '70s. That, too, has been influenced and hijacked in various ways in a lot of quarters.

Two generations have already been victimized by the deliberate dumbing down. This couldn't have been accomplished without the federal government having been given the means of the financial green light to go "full speed ahead" with the passage of ESEA (Elementary and Secondary Education Act) in 1965 for top down orchestration of local and state jurisdictions. The formal establishment of the Department of Education was a nail in the coffin of schools as they had once been. 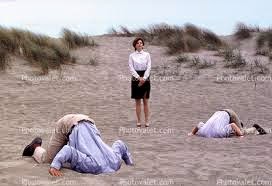 All of this didn't start in post-WWII years, but the agenda was spelled out earlier, back in the 1930s with the Carnegie Foundation and other influence makers at work during FDR's administration. They made explicit statements of what they planned to accomplish to model the nation after Russia and Germany, albeit through persuasion instead of compulsion and force. I have original source documentation of that from a news article of 1933. Charlotte Iserbyt calls attention to "the little blue book" published in 1934 by the Carnegie Foundation which lays it all out. Nobody listened.

Another link in the chain was the imposition of systems-managed governance in the 1960's, which very few recognized as being superimposed over our traditional constitutional governance we had enjoyed. It was called PPBS - Planned Programmed, Budgeting System -  and it eventually engulfed the entire machinery of all levels of government, including local schools. Again, only a handful of voices in the wilderness saw it for what it was, wrote and spoke out about it. One was a voice here in Santa Clara Valley, who began to sound the alarm in the late 1950s, and who was a lone voice warning about ABAG (Association  of Bay Area Governments) and the beginning  of Regional Governance. Her name was Maureen Heaton. Her writing is  available on the CD of written texts with the DVDs included in the set: EXPOSING THE GLOBAL ROAD TO  RUIN THROUGH EDUCATION.

Charter Schools are, in principle, a tool to accomplish the extinction of the most local of local representation. IN PRINCIPLE. They operate as ends unto themselves, often for profit, but funded with everyone's tax dollars. Once that CONCEPT is accepted across the board, expect unelected boards and councils to replace elected city councils, boards of supervisors, and why not state elected representatives? Why bother with state boundaries when regional councils can replace elected representation? That should give pause to governors, such as Louisiana's governor and legislators, as they put in place the precedent for extinction of their successors. 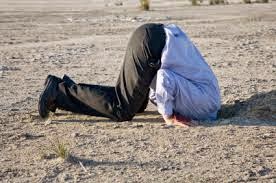 It is a tragedy that the very people who do recognize broken public schools, who should be looking to see what changed since the mid-20th century, are falling into the trap of promoting the next step in the undoing of anything defining the difference between public and private - i.e., Charter Schools, "Choice," etc. And these promoters of "Choice" are too often the self-identified "conservatives" who have allowed themselves to buy into the concept called "school choice" which will ultimately kill any real choice - as private options are being drawn into the methodologies to survive as institutions.

Those misguided conservative people should be calling for the secession of all federal funding and involvement in schools, not accepting the lies of what is said to be instigated by states through the Association of Governors. This agenda is in fact instigated by foundations with corporate roots, with the agenda of "limited learning for lifelong labor." This is accomplished by offering grants and seed money to carry out their agenda. Think of the Bill and Melinda Gates Foundation, the Walton Family Foundation - the two biggest elephants in the living room. There should be a calling for investigations (hearings) of the foundations and their backdoor influence on government at national and other levels, including education policy especially. This has become governance outside the electoral process. 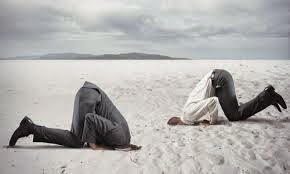 Charter schools, vouchers, etc., will kill what remnant of private schools still exist. The immutable fact remains that "WHAT GOVERNMENT FUNDS, GOVERNMENT CONTROLS," and rightly so. It is called accountability to the voters and taxpayers. The return to constitutional governance with definitive lines between public and private has to begin with unraveling the monster - federal involvement and funding of education. That can only be done by cutting off the money. This is because just eliminating the Department of Education would only divert the agenda elsewhere under a different name.

The tax-exempt foundations need to be reigned in regarding their massive financial influence in government. For what they are doing in the name of "education" is neither philanthropy nor charity.  Nobody would object their starting their own schools and opening them to first come, first serve, and using their own $$ to fund their operation. Don't hold your breath.

Then leave the operation of the local schools to local elected school boards. Especially to those elected representatives who are not immediately dispatched to training in how to be a school board member - meaning how to be a compliant "player" in the big scheme of things. Local schools officials should ignore the change agent training of superintendents by the Eli Broad Foundation, where the new agenda is being imparted to school administrators. In other words, "break up the closed" shop of clones who can be controlled by non-elected elements, puppeteers with a global workforce agenda. 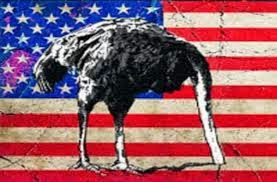 But what do we see and hear?  A Republican Party and self-identified conservatives lined up on the wrong side of the school issue, blindly buying an agenda of school "choice," which is not only a contradiction in terms of elected representation, but taxation without representation. For some reason these conservatives are not able to recognize the truth, probably due to their cognitive dissonance. They are blinded by their desperation, resulting from having had their heads buried in the sand and having a convenient straw man to blame... teacher unions. Indeed, teachers' unions have been complicit, and teachers have been too compliant (except the many over the years who left the profession rather than go along with the plan). But it is not the grassroots teachers who have been the driving force to accomplish the agenda of deliberate dumbing down in order to impose a new global workforce training system which is under way while the nation crumbles. This is a top down effort.

I know I sound like a broken record, but the sound has never been sweet to these old ears either. 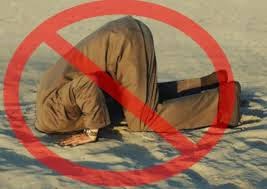 Posted by Charlotte Iserbyt at 1:56 PM