"WILL YOU WALK INTO MY PARLOR SAID THE SPIDER TO THE FLY?"
By Betsy Kraus 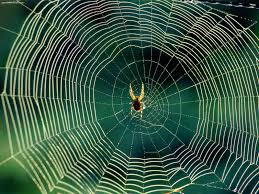 On February 23, 2015, the Most Reverend Archbishop George J. Lucas, Archbishop of Omaha, Nebraska and Chairman of the Committee on Catholic Education of the USCCB, issued a letter to the United States House of Representatives. Bishop Lucas, in his official capacity, endorsed the Student Success Act. Go HERE to read the letter: http://edworkforce.house.gov/uploadedfiles/united_states_conference_of_catholic_bishops.pdf
The last sentence in the Archbishop’s letter reads:
"Passage of the Student success Act will be the first step towards restoring equity and ensuring that all children are afforded the educational services, benefits and opportunity our government has to offer, regardless of the type of school they attend." (Emphasis, mine.)
On March 9, 2015, a letter was sent to Archbishop Lucas asking that he withdraw his approval of the Reauthorization of the ESEA Act that so many parents, including Catholic parents, are resisting.
It appears that Catholic parents, by and large, do not want this kind of education for their children. If Bishops mean what they say, regarding the sanctity of the family, then they would NOT undermine the family by endorsing this pending legislation, nor would they partake of any government funding.
Many parents have implored their Shepherds to refuse to accept government money which drastically undermines the faith. Surely Catholic parents would hope that the Bishops would fight this legislation for all God’s families and children instead of supporting it.

Accompanying the letter to Archbishop Lucas, was supporting documentation regarding both the destructive elements stalking students, and the control mechanisms embedded in the Student Success Act/Reauthorization of the ESEA Act.
To date there has been no reply from Archbishop Lucas. However, apparently in response to the letter to Archbishop Lucas, Sister Mary John Fleming, Executive Director for the Secretariat for Catholic Education of the United States Conference of Catholic Bishops (USCCB) forwarded a reply. In a letter dated March 31, 2015, Sister Fleming stated the following:
"While I respect your opinion on this issue, the letter of February 23, 2015 to the United States House of Representatives and signed by Archbishop Lucas, as Chairman of the Committee on Catholic Education, expressed support for those provisions of the Student Success Act that strengthen equitable services for students and teachers in religious and independent schools was in a long line of support for Title services for student in our schools" (Emphasis, mine.)Does this statement regarding Title services tell us that money is to take precedence over authentic Catholic education? Do the Bishops continue to turn a blind eye to the dangers that comes with government "services"? Have the Bishops succumbed to the deadly "Carrot on a Stick"?


If ever there was a time for Catholic parents to speak up to protect their children it is NOW! If parents are not in agreement with the USCCB’s position on the pursuit of government Title money and this ecclesiastical support of the Student Success Act, they can contact their Bishops as well as both Archbishop Lucas and Sister Mary JohnFleming at the following addresses:
The Most Reverend George J. Lucas
Archbishop of Omaha
Chairman, Committee on Catholic Education
Archdiocese of Omaha, Nebraska
100 N. 62nd St.
Omaha, NE 68132
402-558-3100
Sister John Mary Fleming, O.P.
Executive Director for the Secretariat for Catholic Education
United State Conference of Catholic Bishops
3211 Fourth Street, NE
Washington DC 20017
202-541-3132
202-541-3390


Posted by Charlotte Iserbyt at 11:49 AM