Scroll down to bottom for "Action Alert".

Here is a section of the Monteith-Dodd interview from 1980 (24.49mins-29.55 mins) which deals with foundations' role in destruction of conscience through education for One World Government.  Dodd actually points to Satanic influences.  Brilliant, brilliant.
Although I knew Norman Dodd and bought the last remaining copy of the 3000 page transcript of the Investigation of the Tax-Exempt Foundations, 1953-1954 (americandeception.com), I was unaware that Dodd had ever expressed so clearly and with such conviction the solution to the problem in education.
I transcribed  part of his interview, which follows his brilliant discussion of the  purpose  of the Federal Reserve Banking system:
24.49 mins-29.55 mins.
Norman Dodd:  Original purpose Federal Reserve was in no sense to eliminate bank failures.  This discrepancy and these contrasts and contradictions are the telltale part that those who have imposed these practices on us who are scared to death that it will be picked up, and as a people, stressed and taught, etc., but it isn't.
Dr. Stanley Monteith:  No, and mass media doesn't talk about it at all.
Dodd:  No. Neither does educational world.  This is what will meet the challenge:  One accredited educational institution, with Trustees who openly declare that we notice this inconsistency, the contradictions, and we are setting forth an effort to account for them.  And that, in my opinion, would explode the whole network.

"And they have told me that this is what they are scared of, scared to death that someone, at some point, is going to pick up the end of the string".
Monteith:  What is the crux of the issue?
Dodd:  Purpose originates with that aspect of human life that condemns man collectively to experience what is known as the Fall of Man.  And that subsequently Christ came into the world with the knowledge that the individual could confront this condition and not become victimized by it.  That entailed the individual emulating Christ who through the temptations in the wilderness was confronted by the Satanic, listening to what the Satanic had to offer, and then say "No; I  know you to be Satan."  And then Satan went away. That to me is the clue to how to nullify this influence which has had humanity in its grip for centuries.  Of course, what it means is that one has to accept the realism of the inclusion of evil.  And that, in turn, challenges the world of education to equip the student with the knowledge necessary to recognize evil in action within the sphere of his own experiences and refuse to be part of it.  And then this influence which has been behind the creation of this network cannot operate.  It cannot operate in the light.  Those who are a part of it know this; they acknowledge that.   Those who are part of it are scared to death that someone is going to pick up the end of the string , and, little by little, follow it to the end.  And, as they put it to me, when that happens,

"We are through".
Who is "We" ?:
Tax-exempt foundations, the controlled media, UNESCO change agents, "Unity in Diversity" religious organizations, many in tax-funded public, private,  religious, homeschool education sectors, and, lest we forget, the corporations in bed with the government and public private partnerships. 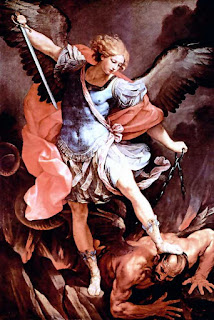 ACTION ALERT:
Send to Pope Francis at the UN:
Contact Us | usun.state.gov


Posted by Charlotte Iserbyt at 9:48 AM