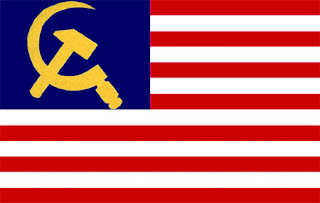 Compliments of the U.N. Agenda 2030 and Sustainability

The United States will turn its sovereignty over  to the United Nations beginning September 25, 2015 at the U.N. General Assembly in New York. Let the New World Order Begin!

"Once the SDGs are adopted in September, they must be communicated to inspire billions of people everywhere to take ownership and implement the agenda. They must be distilled into something that people can understand, identify with, and relate to their daily lives".

Communism is Atheism. The U.N. Social and Economic Council tells us that we are to be Man-Centered and no person will be left behind!

"We the Ministers, having met at United Nations Headquarters in New York:

4. Are committed to establishing a strong, universal, ambitious, inclusive and people-centered post-2015 development agenda that will build on the foundations laid and experiences gained during the Millennium Development Goals process, complete the unfinished business and respond to new challenges;" http://www.un.org/ga/search/view_doc.asp?symbol=E/2015/L.19&Lang=E

The following are the goals of the UN Social and Economic Council (ECOSOC) to implement Agenda 30. The summary and quotes below are taken from a letter from the President of the ECOSOC, July, 2015. It is Communism in a nutshell.  https://sustainabledevelopment.un.org/content/documents/7684summaries%20of%20the%20HLPF%20and%20HLS3.pdf

ECOSOC says that this will be a transformative agenda. What they mean is transformation from a free society to a Communist society.

"Engaging all stakeholders.   Implementing this transformative agenda will be impossible without engaging multiple stakeholders.  Local governments, which operate on the front line of development, have an important role in localizing the implementation of the agenda. Parliaments should also play a critical role in national leadership and implementation. The involvement of civil society at all levels needs to be consistently strong. The HLPF [High Level Political Forum 2015 of the ECOSOC for Sustainability] can play a role in this regard. Various approaches and pathways will necessarily reflect differences between country circumstances. The HLPF itself must engage major groups and other stakeholders in an ambitious, systematic and innovative way as mandated by the General Assembly." 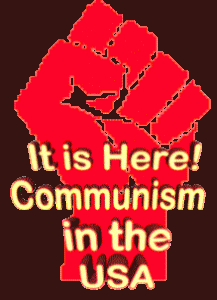 The plan is for the total global control at all levels of U. S. government.  The UN "agenda" is to control Americans federally, regionally, and locally.  It will engage all stakeholders, businesses, and all civil society.

"It will be necessary to create a multi-level architecture that can support implementation.   Equitable and transparent governance will play a key role at local, national, regional and global levels."

They say "no person will be left behind".   Haven't we already seen what an iron-clad Marixst/Communist system does to Christianity?

They will incorporate all forms of social media to communicate their agenda "right down to the grass level where implementation will take place".

Education is to be supported by global partnerships. Of course this is Communist Common Core and the occult World Core Curriculum of Alice Bailey and Robert Muller. It will manifest as Community Education, where all are controlled at the local, grass-roots level (unelected council form of government...Soviet council system).  "Education and awareness-raising are critical to enable ownership of the agenda and its implementation."


The transformation to Communism will be DATA driven:
"Data collection and analysis would be critical for implementation, follow-up and review of the post-2015 agenda and it would be crucial to use disaggregated data such as by income, age, migratory status, disability, sex and other. All stakeholders should have access to this information.  It is important to link the SDGs with multi-dimensional measures of development and poverty. The review should seek to exploit the possibilities of “big data” and build on the data revolution. Country capacity for data collection, statistics and analyses will need to be strengthened."

Business and Economic sectors will be used to implement and insure "equitable and transparent governance". !!!


"Rallying business to implement the post-2015 agenda will be indispensable. There is a need to communicate the agenda in language it is familiar with. This will encourage long-term investments  that will yield investment returns as well as ensure broad-based socio-economic benefits and engender positive societal changes.   Regulations, safeguards and the rule of law are needed.  Institutional framework:  It will be necessary to create a multi-level architecture that can support implementation. Equitable and transparent governance will play a key role at local, national, regional and global levels. There needs to be system-wide coherence and complementarity between the forum and other existing bodies and institutions, notably ECOSOC. The HLPF must draw from the work of other platforms as much as possible. Regional meetings on sustainable development organized by the UN regional commissions as part of the ECOSOC system can identify regional specificities, review progress and transmit recommendations through established channels to the HLPF".

The Agenda is to be "state led." In other words, global UN dictates are to be state-led - just like Common Core was state led.

"The main principles that were put forward for the reviews were: they should be voluntary and state led; address progress on all SDGs and means of implementation; be rigorous and science-and evidence-based; be inclusive; and support countries in making informed policy choices. Developing countries should be given support, including capacity building. The review mechanism should refrain from shaming, but build incentives to share experiences and lessons; discuss solutions and induce change. It should foster a culture of openness."

Regionalism is Communism and it is an important ingredient in their transformational agenda.

"The regional level is also important for follow-up and review. Regional reviews can serve as a platform for exchange of knowledge and experiences. They can foster the translation of the SDGs into integrated national policies. They can also allow an inclusive discussion of regional trends, address cross border regional issues, support common solutions to common challenges, and foster regional cooperation."

The universal Global Agenda is coming to America this September, 2015.

"Once the SDGs are adopted in September, they must be communicated to inspire billions of people everywhere to take ownership and implement the agenda. They must be distilled into something that people can understand, identify with, and relate to their daily lives. This is made easier because civil society contributed to shaping the agenda which reflects its aspirations as well as the complexity of today’s world. Communication should aim to make people understand how they personally contribute to the global agenda and to feel proud of this. It will be important to project that this is a universal agenda, with a much greater level of ambition than one could have imagined a few years ago. The motto to “Leave no one behind” is also a powerful vehicle for mobilizing people. It can be a two-way street, and be used to collect data on what people want and to create feed-back loop."


This is the Communist  Agenda for the enslavement of America.
"Limited Learning for Lifelong Labor" 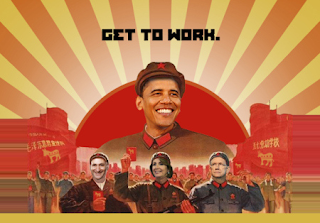 Posted by Charlotte Iserbyt at 7:07 AM