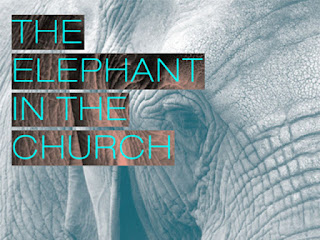 FALSE DAWN: The United Religion Initiative, Globalism and the Quest for a One-World Religion is a very important book. It should be read by every Christian to understand how all earth's inhabitants are being led to world religious "Transformation".

Mr.Lee Penn’s all-encompassing book, with exhaustive facts and research, exposes the power and money of those promoting false unity which operates under banners such as “Ecumenism and “Pan-Religion” 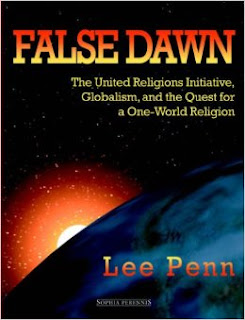 
The United Religions Initiative, Globalism, and the Quest for a One-World Religion by Lee Penn

"The interfaith movement, which began with the 1893 World’s Parliament of Religions in Chicago, has grown worldwide. Although this movement has been largely unknown to the public, it now provides a spiritual face for globalization, the economic and political forces leading us all from nationalism to ‘One World’.


The most ambitious organization in today’s interfaith movement is the United Religions Initiative (URI), founded by William Swing, the Episcopal Bishop of California. Investigative reporter Lee Penn, a Catholic ex-Marxist, exhaustively documents the history and beliefs of the URI and its New Age and globalist allies, the vested interests that support these movements, and the direction they appear to be taking. The interfaith movement is no longer merely the province of a coterie of little-heeded religious idealists with grandiose visions. The URI’s proponents have ranged from billionaire George Soros to President George W. Bush, from the far-right Rev. Sun Myung Moon to the liberal Catholic theologian Hans Küng, and from the Dalai Lama to the leaders of government-approved Protestant churches in the People’s Republic of China.
The interfaith movement, including the URI, is being promoted by globalist and New Age reformers who favor erosion of national sovereignty, marginalization of traditional religions, establishment of ‘global governance’, and creation of a new, Earth-based ‘global spirituality’ – in effect, a one-world religion. Therefore, the URI and the interfaith movement are poised to become the spiritual foundation of the New World Order: the ‘new civilization’ now proposed by Mikhail Gorbachev, the last leader of the Soviet Union.
In The Reign of Quantity and the Signs of the Times, French metaphysician René Guénon spoke of the ‘anti-tradition’ (the forces of materialism and secular humanism) finally giving way to the ‘counter-tradition’ (the satanic inversion of true spirituality), leading to the regime of Antichrist. The ‘anti-tradition’ weakens and dissolves traditional spiritualities, after which the ‘counter-tradition’ sets up a counterfeit in their place. Since Guénon’s time, as is well known, anti-traditional forces have greatly advanced worldwide. It is less well-known that counter-traditional movements have also made great strides, and now stand closer to the centers of global political and religious power than ever before. The ‘counter-tradition’ is making inroads on the political and cultural Right, as much as it is doing on the Left.

False Dawn painstakingly documents these trends, and speculates on their future development. In so doing, the author takes investigative reporting to the threshold of prophecy, and gives us a stunningly plausible picture of the global religious landscape of the 21st century."


Available at  Amazon
Posted by Charlotte Iserbyt at 12:34 PM