#NoWayESEA
"Madam, we don't have to have the knowledge or the consent of the parents.  We have the children." Professor B.F. Skinner. 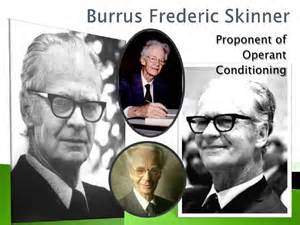 1985 Spring/Summer issue of Citizens for Public Education Newsletter (P.O. Box 30295, Portland, Oregon 97230)  under "Vendors of Emptiness Go Back Under Your Rocks":


A lady counselor and psychologist, the late Dr. Mary Royer, Ph.D., told of her experience at a meeting where Dr. B. F. Skinner was the speaker.  Dr. Skinner has been recognized as one of the world's foremost behavioral psychologists and was honored as Humanist of the Year in 1972.  In his book "Beyond Freedom and Dignity" he states:

"The behaviorists can change and control an entire society through the use of operant conditioning."

Another term for that is behavior modification.

The psychologist wanted to ask Dr. Skinner some questions at the press conference he held following the meeting.  Although she kept her hand up, he never called on her.  Finally, she called out, "Dr. Skinner, by what authority do you use operant conditioning on our children, thereby violating their free will without the knowledge or consent of their parents?"

He responded:  "Madam, I don't believe in free will."


She made a second try:  "I'm well aware that you don't believe in free will, but that wasn't my question.  My question was "By what authority do you do it?"

The question was ignored by Dr. Skinner as he began answering others.  The hand was raised again -- and ignored.  The action was repeated and repeated.  Then the persistent psychologist called out again:  "Dr. Skinner, by what authority do you and your minions use operant conditioning on our children without the knowledge or consent of their parents?"

Again there was no answer.

But after a third time, Dr. Skinner turned, looked at her, and said:

"Madam, we don't have to have the knowledge or the consent of the parents.  We have the children."
Posted by Charlotte Iserbyt at 6:50 AM