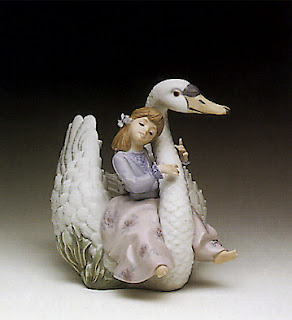 The lifespan for my research blog http://abcsofdumbdown.blogspot.com/ was always intended to be no more than one year. In looking back through the many posts (an average of one (+) a day) I see that the goal of providing key research, mostly from the deliberate dumbing down of america, 1999, and the Updated/Abridged 2011 version, and connecting that documented research with current education news, has been accomplished.

The blog archives (all posts) will remain at the site so please take advantage of that resource in your activism at the local, state, and national levels.

Let me thank all who have submitted education news for me to use, including finished posts, for their enormous contribution to making abcsofdumbdown the “go-to-blog” for research and education news.

Please take advantage of this very special offer, and arrange to show the discs
at meetings in your community set up to generate opposition to the above very dangerous pieces of legislation and whatever other equally dangerous legislation is scheduled to come down the pike!

The 8-dvd video and cd (Written Submissions) disc set Exposing the Global Road to Ruin through Education includes 18 presentations, at two conferences (2012 ME and 2013 GA) by  leading American education activists, writers, researchers and public school teachers/administrators, some involved since the 1960s. The late Samuel Blumenfeld delivers a “knockout” presentation related to “Look Say” and “Whole Language” reading instruction designed to deliberately create an illiterate society. The one cd (Written Submissions by prominent education researchers, some of whom are no longer with us) is itself worth the price of the 8-disc set!

You killed the Kline bill last February!!!!  You can kill whatever freedom-destroying bills come down the pike.  Simply get on the phone: 202-224-3121

For those who want  to delve deeper into the “Who, Where, Why, How, When” of the 3D, they can go to my original the deliberate dumbing down of america...
A Chronological Paper Trail, the 700+page big baby, published in 1999 and now out-of-print, and Exposing the Global Road to Ruin through Education, 7 dvd/1cd disc set,  BOTH OF WHICH ARE  FREE  DOWNLOADS, available at www.deliberatedumbingdown.com website.  Also go to www.americandeception.com for hand-scanned historical education and political documents.

THE MOST IMPORTANT ISSUE FACING OUR COUNTRY WHICH WE SHOULD BE
ADDRESSING BEFORE ANYTHING ELSE IS THE DANGEROUS CALL FOR TAX-FUNDED PRIVATE SCHOOL CHOICE/CHARTERS WITH UNELECTED BOARDS.

ONCE WE HAVE LOST OUR RIGHT TO VOTE, WE WILL HAVE NO SAY OVER ANYTHING:

NOT ABORTION
NOT GUNS
NOT LAND USE/PRIVATE PROPERTY
NOTHING

LEGISLATION (SOME BILLS LISTED ABOVE) CALLS FOR TAX-FUNDED SCHOOL CHOICE/CHARTERS WITH UNELECTED BOARDS.

WE FOUGHT AND WON THE REVOLUTIONARY WAR OVER THIS ISSUE.

GOD BLESS YOU AND YOUR FAMILIES!

I couldn't resist including this You Tube video along with my message to all of you. Run with it...


Posted by Charlotte Iserbyt at 8:41 AM