A Call To Action!

THE REPUBLIC OF THE UNITED STATES OF AMERICA IS ON BORROWED TIME.

IT IS MUCH, MUCH, MUCH , MUCH LATER THAN YOU THINK!

My position (below) on supporting traditional public schools with elected boards accountable to the taxpayer has nothing to do with my deep concern regarding the "deliberate" dumbing down of those very schools.  It is interesting that the following groups have been involved in the "deliberate" dumbing down" of our children ever since 1945 when the USA joined the United Nations:
All support "tax-funded school choice" and have for many years. School choice came from the Left and is now being launched by the Right.

See this example from my book the deliberate dumbing down of america,  page 322:  “TO OBE OR NOT TO OBE?” WAS THE QUESTION POSED BY MARJORIE LEDELL, ASSOCIATE of William Spady’s in his High Success Network, in her article for Educational Leadership’s January 1994 issue. From page 18 we read:


"Finally, raise the real issue and depend on democracy. Don’t let “to OBE or Not to OBE” or “to implement or not implement efforts to improve student learning” cloud the overdue national debate about whether public education should exist or be replaced with publicly funded private education." 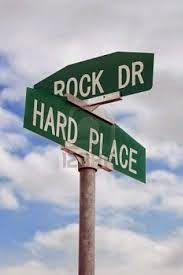 We have been victimized. We are caught between a rock and a hard place. What "real" choice do we have?

Of course, that You Tube video was produced a few years ago before educators and others in New Jersey knew what was coming down the pike... that there wouldn't be any public schools left, at least ones representing the taxpayers!

Look at New Orleans which has become a 100% charter district. The national school charter agenda now being headed up by Carnegie Foundation for the Advancement of Teaching ex-Vice President-Treasurer John Ayers, brother of Bill Ayers from Chicago, of the 1970s communist "blow up buildings"  Weathermen movement. John Ayers is now an integral part of a the national education restructuring agenda out of Tulane University in Louisiana. No more blowing up buildings; just blow up the traditional education system. New Orleans children will now be marched into workforce training and lifelong community services being implemented across the nation as I write.  Google the Georgia Visions.  A Vision for Public Education

Does anything in this article sound familiar to you? Probably not, since you have been deprived of the history of what has been going on since 1945 by a 100% boycott of the truth... especially since 1980 when this agenda, which came out of my old office in the U.S. Dept. of Education, the Office of Educational Research and Improvement (OERI) connected with UNESCO and OECD, Paris, was implemented full force. Especially after the Democratic Left in Congress had spent your tax monies on values-destroying programs created by the U.S. Office of Education, since 1965 under the first Elementary and Secondary Education Act!

By 1980 it was time for the Democrats to turn destruction of America, with its elective form of government and pure capitalist economic system, over to the Trotskyite neoconservatives, led by President Reagan who initiated the public/private partnerships through his White House Initiative on the Private Sector in 1982. I was the liaison from my office to the White House. Remember Secretary of Education T.H. Bell's phony plan for children, A Nation at Risk? Superb use of the Hegelian Dialectic. Create illusion there is a test score problem, when there wasn't really one; get people to scream, come to their assistance with "their"  sugar-coated solution... under a so-called conservative President. And we fell for it hook, line, and sinker. The "new" agenda, which was comprised of computer technology for education and assessment (get rid of books!), tax-funded school "choice" (supported by radical right and radical left), the Skinnerian direct instruction/mastery learning method (using operant conditioning) starting with Skinnerian reading instruction (DISTAR) after the true phonics method had been deliberately destroyed by Whole Language, and then Carnegie Corporation's (Marc Tucker/David Hornbeck) corporate school to work agenda, public private partnerships, global education, community education, etc.

Fifteen years ago the National Alliance of Business called for kindergarten to age 80 workforce training! Read that over and over and ponder the future of your family and our nation.

Did the reader know that government funded school choice is INTERNATIONAL? Charter schools are international; they are called "contract" schools in Russia. The USA is one of a very few nations, perhaps the only one (?) not to have accepted this totalitarian publicly-funded private education system. "They" at the international level MUST draw us, the most important nation in the world, into the trap.  Otherwise the global computer system won't work. Every child born on this planet must be enrolled in this government-controlled school choice system or the global computer data won't compute. Makes sense doesn't it? How can you have a smoothly operating global workforce training system without "tax-funded school choice"? The money MUST follow the child; each child into the slot designated by the public/private partnership... perhaps "lifelong." This is the Soviet polytechnical system. This is what the late Prof. Eugene Boyce of University of Georgia described so well when he  defined communist polytech education as follows in his book The Coming Revolution in Education, 1983, as quoted in the deliberate dumbing down of america, page 317:

"The communists do not educate people for jobs that do not exist. No such direct, controlled relationship between education and jobs exists in democratic countries.”


By the way, in the 1970s, 19 out of 20 of UNESCO's education advisors came from the Soviet Union and Communist Bloc countries. From which all philosophy and curriculum and assessment in American schools was derived.

WE AMERICANS ARE CAUGHT BETWEEN A ROCK AND A HARD PLACE (POISON): 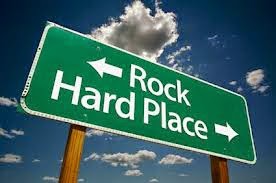 POISON #1: ROCK -- Tax-funded School "Choice" to spin off profits for the global elite, with no say whatsoever in how our tax money is spent: aka taxation without representation. This agenda is supported by President Obama, Secretary of Education Duncan, Lou Gerstner of IBM and Reed Hastings of Netflix (both of whom call for bringing down the public school system with its elected boards), Rockefeller Council on Foreign Relations (CFR), the Neo-Conservative Heritage Foundation, and most, if not all, of the so-called "Conservative Groups. Especially don't forget the Heritage Foundation drafted the North American Free Trade Agreement (NAFTA) which has robbed Americans of hundreds of thousands (millions?) of good-paying jobs! It is any wonder that Communist Karl Marx was a great supporter of free trade?

POISON #2:  HARD PLACE -- Back to the local level. Less lethal, mainly since we have an escape valve -- local elected school boards. Retain the traditional public education hierarchical structure, K-12, academic focus, competition, stringent graduation requirements (4 years math, English, history, science, etc.) and get rid of the federally and foundation-funded and developed highly controversial Skinnerian performance-based OBE dumbdown, globalist value-destroying, mental health K-12 curriculum. The U.S. academic education system pre-1965 was known to be the finest in the world. Especially since it attempted and successfully served more young people from all classes and incomes than any other system in the world.

HOW?
Do the following while you can, before your right to vote has been removed under tax-funded school "choice."

THE CATASTROPHE FACING ALL OF US RIGHT NOW HAS BEEN PLANNED SINCE 1948.  THAT PLAN (The Montgomery County Blueprint dated 1948) has been posted at my blog: "THE PLAN: CRADLE TO GRAVE."

This Plan very likely was conceived by the Carnegie Corporation of New York since it was spelled out clearly in Carnegie's little blue book Conclusions and Recommendations for the Social Studies, 1934, which called for using the schools to change America's capitalist economic system to a planned economy (school to work) and even called for the seizure of private property!  You can read that little book at AmericanDeception.com.


Posted by Charlotte Iserbyt at 3:00 PM