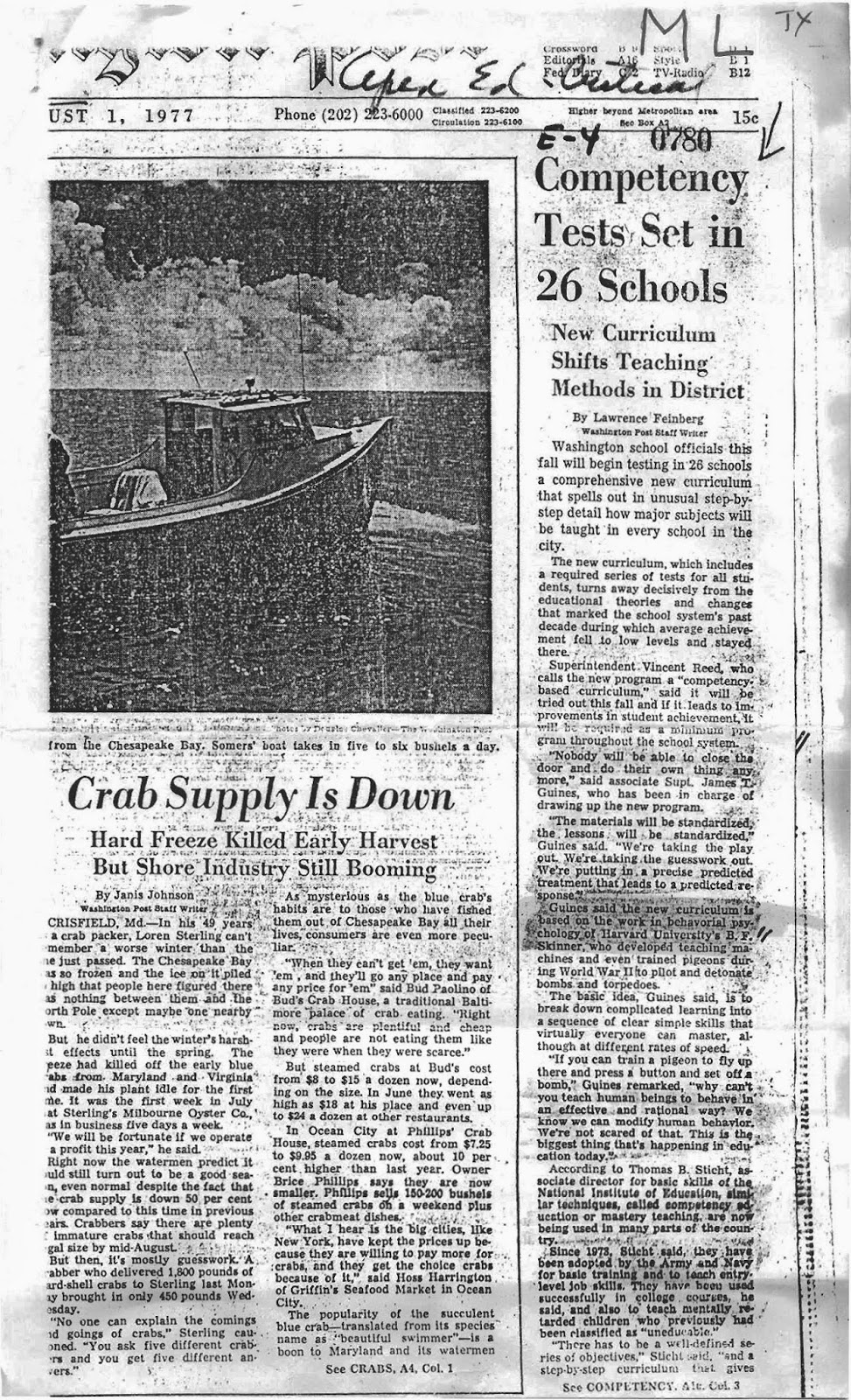 This Skinnerian Mastery Learning/ Direct Instruction/ Outcomes-Based program was experimented with in all inner city schools of the nation from 1968 to the present. Its the model for the restructuring of traditional academic education to workforce "training."


"Nobody will be able to close the door and do their own thing anymore said Asst. Supt. James T. Guines... "The curriculum will be standardized; the lessons will be standardized," Guines said. "We're taking the play out. We're taking the guesswork out. We're putting in, a precise predicted
treatment that leads to a predicted response." Guines said the new curriculum is based on the work in behavioral psychology of Harvard University's B.F. Skinner who developed teaching machines and even trained pigeons during World War II to pilot and detonate bombs and torpedoes."

But the system also has detractors who criticize it as rigid and mechanistic.

"We must be very careful," said  Lawrence G . Derthick, a former U.S. Commissioner of Education, "about adopting any mechanical system of producing children like objects. There are so many complicating factors in each child-emotional, psychological, the home background, the sensitivity of teachers.... There is a danger in trying to turn out children like nuts and bolts or steel pins. Human beings are more complex."

Posted by Charlotte Iserbyt at 9:25 AM