The REAL Agenda Behind Abolishing the U.S. Dept. of Education

Many people from the political Right spout the agenda to abolish the U.S. Department of Education. It is a bureaucracy, after all, and it is definitely a terrible top-down hierarchy that is ruining local control, parental oversight and voter representation by its over-arching mandates for national education. However, there is a very subtle and deceptive agenda that lurks just below the surface -- one of which all good citizens should be aware. In 2002 I wrote a series of article titled "The Choice Charade," posted on http://www.deliberatedumbingdown.com.

In this series of key quotes it becomes ominously obvious that even if the U.S. Dept. of Ed. were abolished, that the entire education reform engine could still run. How? By assessments (tests) and databanking the results. The entire education reform machine can run simply on the rewards and penalties based on performance standards that are put in place --> from little Johnny and Susie taking the test at their desk --> to teachers --> to local districts. Therefore the government-controlled "choice" that involves testing Johnny and Susie, is really a charade, a mirage. Below is a key excerpt from Part 2, "Databanking Devices":


Dr. Chester E. Finn, Jr., is president of the Thomas B. Fordham Foundation which is an education reform group specializing in “choice,” “accountability,” and “standards.” Finn was Assistant Secretary for Research and Improvement (OERI) at the U.S. Department of Education from 1985-88, during Bennett’s tenure as Secretary of Education. Finn has written exhaustively over the past decade about the use of assessment tests in education reform, focusing a great deal of attention on “accountability.” It was Chester Finn who is largely credited with authoring the original education reform plan, America 2000. Ironically, even though he has ironclad credentials as one of the chief architects and promoters of education reform, Finn is cast as a political conservative by the education establishment and the media. This is in part due to the fact that he is pro- “choice.” But he is also a master at writing “you have to do it this way” pieces that tweak liberal democrat positions.

In 1992 Finn wrote in the Wall Street Journal, “Clear standards can be the centerpiece of radical change.” (3/23/92). A few years later Finn joined the chorus for “local control” and downsizing the U.S. Department of Education, a politically conservative rallying cry. He explains how this could work:


It's time -- past time -- to “send education home,” in Mr. [Lamar] Alexander's phrase. The schools cannot be fixed in Washington. They are the proper work of states, localities, teachers and parents.... What should remain in Washington? Not a lot: statistics; perhaps a bit of research; the assessment of student performance at the international, national and state levels....  [Emphasis added] (“A Primer for Education Reform,” Wall Street Journal, 1/13/95)

Colleagues William Bennett and Lamar Alexander, both former U.S. Secretaries of Education from Republican administrations, agreed on the same agenda in a speech before Congress:


The gathering, analysis and reporting of education statistics would be placed under the jurisdiction of the National Education Goals Panel, consisting of governors, legislators, members of Congress and senior officials of the executive branch. Assessment of student achievement at the international, national and state levels would become the unambiguous responsibility of a rehabilitated National Assessment Governing Board, overseen in turn by the Goals Panel. (Empower America, “Abolishing the Department of Education in Order to Liberate Parents and Schools,” A joint statement by former Secretaries of Education Lamar Alexander and William J. Bennett, delivered to a House committee, Jan. 26, 1995. [bold added] 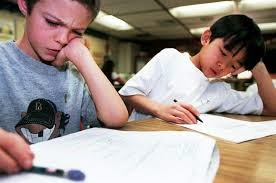 In short, everything would fall under a federal entity overseeing assessment testing. Three of the country’s foremost “choice” proponents – Alexander, Bennett and Finn -- were lauded across the country by Republican conservatives for their call to dismantle the U.S. Department of Education. In response, vitriolic pieces were written by education journals and public policy institutes from the Left, decrying this agenda. This artificial debate in the media masked the real plan that these men were advocating – the databank. This is what Finn, Bennett and Alexander wanted leftover after disbanding the U.S. Department of Education in Washington: the centralization of statistics, research and assessment performance results.

The federal databank is a hungry creature. There are children “left behind” whose assessment scores are not yet recorded. Bennett, Alexander and Finn promote “choice” because they know that charter schools function perfectly to fill in the gaps, catching more children in the web. When parents are enticed away from private schools and homeschools to place their children into charters, their children are then tested and entered into the government databank. Charter schools, because they are public schools, administer assessments to children. Charter schools promise to deliver better test scores, which means that they must teach in a way that meets or exceeds the new standards. Many, including Bennett, brag that their curriculum is aligned to state (meaning federal) standards.

Assessment test results feed the databank. As long as children become effectively indoctrinated with the proper academic and psycho-social attitudes, values, beliefs, opinions and ideas, the reform engine chugs along merrily, eagerly gobbling up new scores. Part 3 of this report will reveal the staggering extent to which these three men and their cohorts have engineered and advanced this facet of the education reform agenda.

The conclusion is inescapable. The purpose is control of an entire population of children, including their teachers, through the use of coercive and punitive government-sanctioned methods – based on the databanking of test scores. Leading education reformers have never hidden this agenda. But neither have they trumpeted it openly. One has to dig through the massive reams of reform documents, public policy papers, think tank reports and government papers to see the full picture.
Posted by Charlotte Iserbyt at 10:00 AM