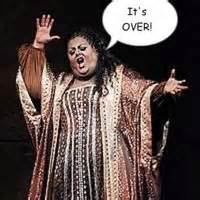 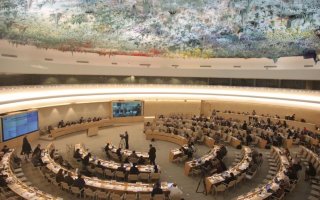 (Geneva, 2 July 2015) Eight international civil society organisations today welcomed a landmark resolution of the United Nations Human Rights Council (HRC) urging States to regulate and monitor private education providers and recognising the potential “wide-ranging impact of the commercialization of education on the enjoyment of the right to education”.

The HRC is the leading global inter-governmental political body dealing with human rights. In the resolution adopted by consensus of its 47 members, the HRC has, for the first time, responded to the growing phenomenon of privatisation and commercialisation of education.

Camilla Croso, of the Global Campaign for Education, reacted: “the rapid, unregulated growth of private providers of education is already creating - and enabling - violations of the right to education, threatening to erase the last 50 years of progress in access to education. This resolution shows that States have realised that they must act now to regulate such providers - before it is too late.”

Sylvain Aubry, of the Global Initiative for Economic, Social and Cultural Rights  elaborated: “Our research has consistently shown that privatisation in education leads to socio-economic segregation and discrimination against the poorest children in schools, in violation of States’ obligations, as was recently recognised in the case of Chile. The resolution adopted today, crucially highlights the obligation to provide educational opportunities for all without discrimination.”

The resolution demands that States “put in place a regulatory framework” that establishes minimum norms and standards for and “monitor private education providers”. Delphine Dorsi, of the Right to Education Project, commented: “This is a very welcome reminder of States’ obligations under international law to regulate private education providers, at a time when a growing number of education providers, in particular multinational education companies, are taking advantage of weak regulation in some countries to make profit to the detriment of parents and children’s rights”.

The HRC resolution also calls on States to ensure that “education is consistent with human rights standards and principles”. Angelo Gavrielatos, of Education International, explained: "The evidence is quite clear. The growing commercialisation and privatisation of education is undermining the right to quality education. Governments cannot be allowed to abrogate their obligation to provide quality public education for every child. As recognised in human rights treaties, education is a fundamental pillar for a dignified life and must be protected as such.”

Crucially, the resolution confirms that “education is a public good”. According to Tanvir Muntasim, of ActionAid International, “this is the third time within a year, following the May 2014 UNESCO Muscat Agreement and the May 2015 Incheon Declaration, where States have described education as a public good. It is a striking response to the actors that have been trying to reduce education to a private commodity, rather than a universal right.”

The HRC insists in the resolution on the “significant importance of public investment in education, to the maximum of available resources”. For Katie Malouf Bous, of Oxfam International, “Too many governments have neglected their duty to adequately finance education, leading to weakened public schools and increased privatization as the inevitable result. Serious and substantial investments to provide good quality public education must be the antidote to privatization.”

Finally, the resolution asks States to “support research and awareness-raising activities to better understand the wide-ranging impact of the commercialization of education on the enjoyment of the right to education”.  Ian Macpherson, of the Privatisation in Education Research Initiative, stated: “We have been working with partners over the past few years to research the social justice implications of the growth of private actors in education, and we stand ready to collaborate with States to implement this resolution and increase and strengthen research and dialogue on this crucial issue.”

“It is now time for all stakeholders to firmly take action to implement this resolution” concluded Tony Baker, of Results Educational Fund. “This particularly concerns States but also international institutions and donors, like the World Bank, that have been investing in for-profit, fee-charging private schools in recent years. These investments need to align with global and national efforts to achieve free, universal education for all to harness education’s power to break the cycle of poverty. Development actors, in addition to governments, must act in accordance with international human rights law.”

The organisation that welcomed the Resolution are:

The Global Initiative for Economic, Social and Cultural Rights

The Right to Education Project

The Global Campaign for Education

The resolution of the Human Rights Council can be found on: http://bit.ly/1IQEGAj

A summary of recent concluding observations from UN human rights bodies on privatisation in education: http://bit.ly/1QPZmlz

RED ALERT RED ALERT RED ALERT #8
WAKE UP HOMESCHOOLERS: THEY'RE COMING FOR YOUR CHILDREN !!!
COMMUNITY EDUCATION IS FOR EVERYONE!!!
SKINNER: "WE HAVE THE CHILDREN"
END GAME 1969-2015
SOVIETIZING OF AMERICAN SOCIETY (The New York Times, April 13, 1986)
Posted by Charlotte Iserbyt at 9:36 AM