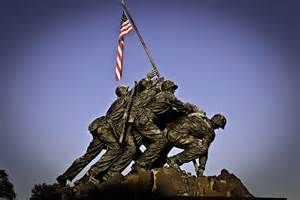 Suburban Governments Were Just Nationalized by the Federal Government

"For years, the cities have been robbing the suburbs but they now have a scheme that will quickly end in a takeover of the suburbs by a leftist federal government."

"HUD announced enforcement of its new 377-page rule called the Affirmatively Furthering Fair Housing Rule which will allow them to move people from poor crime-ridden areas into “wealthy” suburbs. It was announced by leftist Julian Castro Monday. The rule has force behind it. Federal monies will be withheld and lawsuits accusing residents of racism will be filed. Any town that takes federal funds will be transformed. It is not only forcing unnecessary racial integration, its forcing class integration and the destruction of the local governments who will officially become satellites of the urban areas. Neighborhoods will be diversified according to income levels. The plan is to make us into a classless society of the type Karl Marx promoted."

"With this rule, HUD will have control of zoning, transportation, and education and, in the end, the politics. Just as the leftists took over the cities one-by-one, they will be able to consume the suburbs only at a far more rapid pace. This can be done on a massive, almost immediate scale."
( See: RED ALERT RED ALERT RED ALERT #8, AMERICA HAS LOST HER CONSCIENCE ,
CHARLOTTE ISERBYT'S STATEMENT ON S1177 PASSAGE ,  3D updated version of the deliberated dumbing down of america  available at amazon pages 4-5)

"Illegal immigrants and refugees are being used to re-populate areas throughout the country to establish their one-party majority. Many are sent into suburban and rural areas. Their goal is a country within a country of foreigners who will be indoctrinated and eventually be ready to takeover the remaining traditional citizens."

"The days when Democrats supported suburbia are long gone and they have launched a full-out war against them without people even knowing it’s happening."

"This rule passed two years ago in 2013 but it is only being enforced now because Obama wants to slip it in under the radar."

"A key part of President Obama’s legacy will be the fed’s unprecedented collection of sensitive data on Americans by race. The government is prying into our most personal information at the most local levels, all for the purpose of “racial and economic justice.”

"The granddaddy of them all is the Affirmatively Furthering Fair Housing database, which the Department of Housing and Urban Development rolled out earlier this month to racially balance the nation, ZIP code by ZIP code. It will map every US neighborhood by four racial groups — white, Asian, black or African-American, and Hispanic/Latino — and publish “geospatial data” pinpointing racial imbalances."

"Such databases have never before existed. Obama is presiding over the largest consolidation of personal data in US history.He is creating a diversity police state where government race cops and civil-rights lawyers will micromanage demographic outcomes in virtually every aspect of society."

Along with the "Secret Race Database" and the "Nationalization of Suburbans", the recent ruling on "Disparate Impact"by the Supreme Court should be of great concern to everyone. "Disparate Impact" effects hiring practices, education, and housing, etc. For a complete picture of how this ruling will further entrench "disparate impact" in our country and how it has already dumbed down our citizens read this article:

"What Is Disparate Impact? Like many bad ideas, this one traces back to Lyndon Johnson’s Great Society and terrible jurisprudence. As passed by Congress, Title VII of the Civil Rights Act of 1964 is straightforward, unobjectionable, and just: it outlaws racial discrimination in employment matters. But in the hands of an activist court, the passage transmogrified into one of Big Government’s most effective cudgels for greater regulatory power."

"Disparate impact laid the foundation for the college bubble and the depreciating value of the high-school education,"

HELLO, AMERICA!  Hello blacks, whites, American Indians, legitimate American nationalized citizens, like my late Belgian husband who had to understand English and the U.S. Constitution in order to become a citizen. I am glad he didn't live to see this day!!!!!

We thought the Senate passing S1177, Reauthorization of the Elementary and Secondary Education Act,  7/16/15, a bill which had all the communist trappings of these Obama edicts,  was bad enough. Now, not only your local school's education is officially "communist", so will be the edicts from your constitutionally clueless  elected and unelected officials regarding where you will live, how you will live, and rest of that sentence for Alexander Solzhenitsyn to complete:

"Coexistence on this tightly knit earth should be viewed as an existence not only without wars… but also without [the government] telling us how to live, what to say, what to think, what to know, and what not to know."(*)

—Aleksandr Solzhenitsyn, Russian author and concentration camp survivor, from a speech given September 11, 1973.

(*)  Solzhenitsyn  could easily have added after "telling us how to live" the words "where to live", which is the communist population redistribution system described in the attached article "Regionalism is Socialism's Trademark",  by Morris Zeitlin, in the  Communist Daily World, 1973, the very same population redistribution system which has now been announced by the Obama Administration.

Please read United States is Being Turned Into a Communist Country, especially Part 2, published at NewsWithViews.com.  The text is taken right out of the mouth of a writer for the Communist Daily World who explains what REGIONAL GOVERNMENT/UN AGENDA 21 is all about.

Charlotte Iserbyt -- United States is Being Turned Into A Communist Country, Part2


Posted by Charlotte Iserbyt at 8:24 AM