HUD: A Communist Neighborhood For You‏

HUD Will Choose Your Neighbors through a Massive Social Engineering Rule 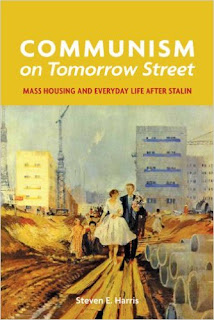 First ESSA (Communistic/Soviet work-force training) came for your children, and now HUD (Housing and Urban Development) is coming after your neighborhood.


"Tom DeWeese, President of the American Policy Center, explained that the AFFH Rule 'will virtually erase the very concept of local rule by your locally elected representatives'."


"Massive demographic analyses will be undertaken on communities that apply for HUD grants 'to determine if there are enough low income and minority people living in every neighborhood. HUD will search the records of every person in each neighborhood for income levels, race, color, religion, national origin and much more.' Such data mining will take place every five years."

"According to Ken Blackwell and Rick Manning,  'AFFH rule seeks to radically reinvent local zoning laws in the United States – reengineering America's neighborhoods based on racial and ethnic quotas. Under the rule's assessment tool, local governments are required to 'identify neighborhoods or areas in the jurisdiction and region where racial/ethnic groups are segregated'."
Couple that fact with the just approved Paris Agreement on climate control and sustainability which calls for the end of fossil fuel. If this is to be the end of fossil fuel, will that mean crowded suburbs, and “stack ‘em and pack em” with high rises. Doesn’t HUD allow for radically reinventing local zoning laws?

“Through this Agreement, nations have yet to provide an ambitious response to end a fossil-dependent era, despite the unstoppable transformation into an urban development model based on 100% renewables. ICLEI expects that nations urgently signal to industry and the private sector that the fossil fuel-dependent era is ending.
As the focal point of the Local Governments and Municipal Authorities (LGMA) Constituency to the UNFCCC for 25 years and the facilitator of the Local Government Climate Roadmap since 2007, ICLEI has successfully advanced the recognition of local and subnational action and asks for further support for their contributions to implementing the Agreement.”


“DeWeese called this AFFH what it really is – communism.”

"For years, the cities have been robbing the suburbs but they now have a scheme that will quickly end in a takeover of the suburbs by a leftist federal government. HUD announced enforcement of its new 377-page rule called the Affirmatively Furthering Fair Housing Rule which will allow them to move people from poor crime-ridden areas into “wealthy” suburbs. It was announced by leftist Julian Castro Monday. The rule has force behind it. Federal monies will be withheld and lawsuits accusing residents of racism will be filed. Any town that takes federal funds will be transformed."
The HUD process calls for “community participation and decisions” which can by-pass our representative form of government.  (Participatory Democracy)

Be aware that there are bills in both the House and Senate to attempt to stop this take-over of every local township which takes HUD money.  Will those who don’t take HUD money eventually be forced into the communistic net via political correctness?

Check you local City Hall to see if they take HUD money.

Posted by Charlotte Iserbyt at 4:50 AM