1/2 Minute To Midnight! ESEA Bomb Set To Go Off On Tuesday!!!

The United States Congress has waged War on the American Family via ESEA.

American Family Defined: ALL American children, including children in the inner city schools who have been experimented on (1965 -2015 ).

...Used as OBE/Skinnerian guinea pigs in order to restructure education from academics to global workforce training... to spin off profits for the global elite.

AND ALL THE MONEY-GRUBBING GROUPS LOBBYING FOR THIS BILL CALL IT A CIVIL RIGHTS BILL!?! 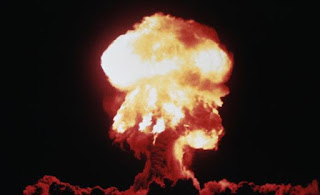 Dictionary.com
civil rights definition. A broad range of privileges and rights guaranteed by the United States Constitution and subsequent amendments and laws that guarantee fundamental freedoms to all individuals.

With help from Marcella Bombardieri, Caitlin Emma and Maggie Severns

ESSA HEADS TO SENATE TUESDAY: The Senate plans to take up the No Child Left Behind replacement bill Tuesday, Senate HELP Committee Chairman Lamar Alexander said. He also reiterated his confidence that the NCLB replacement will receive wide support: "It had a huge bipartisan vote earlier this year and I expect another one next Tuesday," Alexander said, adding that he doesn't expect many surprises as the bill passes back through the chamber. This will be the last stop for the education bill before it heads to President Barack Obama's desk for a signature. More from Maggie Severns: http://politico.pro/1Toapzt.

PLEASE CALL YOUR SENATORS TODAY AND MONDAY. SAY NO TO ESEA/ESSA!!!

SPREAD THIS FAR AND WIDE! 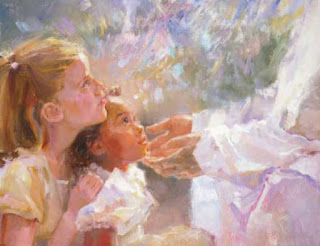 FOR THE SAKE OF OUR CHILDREN AND OUR WORLD,
PLEASE PRAY.

Save your children, your families, and generations to come, from this UN Agenda 2030 Orwellian nightmare.

Homeschoolers are NOT exempt.

Read the following vital information on tax funded Choice and Charters. with unelected boards.  All the more reason to defeat this bill!


CAN WE CALL IT PORTABILITY?

As students are siphoned off into Charter Schools, and Public School attendance drops off, there is the consequential loss of funding to Public Schools. Doesn’t this cause the further erosion of public education, and an ever-increasing number of Charter Schools? Charters are the ideal place for work-force training because there are no elected school boards, nor is there any voter/taxpayer representation. This is taxation without representation AND unconstitutional.

Should it be of still greater concern when this legislation, aimed at a sizable expansion of Charter Schools, is viewed in light of the fact that private overseas investors can and are pouring huge amounts of money into starting up Charters in America for monetary gains?

And while you are visiting this proposed ESEA legislation, be sure to take a look at "Promise Neighborhoods" ( and also see Page 606 in the legislative document).
Do not think that upwardly mobile neighborhoods are immune to Promise Neighborhoods. Once our suburbs have been “equalized” by HUD (perhaps accommodating the vast number of incoming refugees?) how many school districts will finally and eventually be included in Promise Neighborhoods?

Is all of the above just the TIP of the iceberg?  Who knows?! The bill is over 1000 pages long, impossible to read in the few days since publication; and only understandable for the Congressional STAFF who wrote it and a few select Congressmen/women who had major input!

ABCs of DumbDown: The Deliberate Dumbing Down of the Village

The Congressional Cat Is Out Of Decepticon Bag

COMMUNITY EDUCATION IS FOR EVERYONE!!!
THEY DIED FOR THIS?
WAKE UP HOMESCHOOLERS: THEY'RE COMING FOR YOUR CHILDREN !!!
ABCs of DumbDown: CHINESE MOM SPILLS THE RED BEANS!
Red Alert Red Alert Red Alert #15
GRASSROOTS RISING