Both For Sale by "Conservatives"

A 3D Research Report by Mari Caplan
The article appearing in The American Conservative's 3/18/24/ "State of the Union" column by Gracy Olmstead, titled "Why Finland's Educational Model Is More Conservative Than Ours," has truly outdone itself with a masterful exercise in modern Orwellian doublespeak. The not so "American" nor "Conservative" magazine seems to be fawning over the supposedly glorious, homogenous, Skinnerian Finnish education system to the same degree as the John Birch Society's magazine The New American (reported about on this blog HERE and HERE):

Did we taxpaying Americans miss a "Conservative Memo"? Was there a confab to which we Constitution-abiding citizens were not invited? A town hall meeting perhaps, whereby so-called conservative thought leaders decided for the rest of us that American, locally run by elected school boards, and academically-based, publicly-funded and publicly-run schools were a thing of the past?

One wonders, given the relentless campaign to promote the Finnish model of personally-invasive, touchy-feely, Social Emotional learning, school-to-work, "Topic based" (not Subject based!!) education that is being hustled in the media currently. (Scroll down to the bottom of this article to read all of the previous posts written about Finland and its model.)

The American Conservative is positing the FALSE PREMISE that the traditional, albeit under relentless attack, American system of academic, fact-based education can be positively compared to the UNESCO-supported, Outcomes/Performance-based  Core Curriculum (What can you DO, not what do your KNOW as fact). 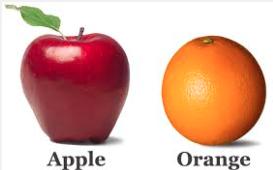 The two systems are like comparing apples and oranges. They cannot be compared. They are not equivalent. The Finnish System and the traditional U.S. academic system are leagues apart. By DEFINITION each graduates or "credentials" different types of students who were taught by very different methods in very different systems. Testing one by the standards of the other will make either one fail by comparison.

If you want a collectivist-minded compliant worker as a graduate then you will test for that particular "outcome" with assessments that look for these traits. In Finland it is this collectivist PISA-Program for International Student Assessment that is being offered as the definitive model of determining what is success and what is failure.

If the Finnish Education system was actually academically tested (which, by the way, is the old-fashioned method of assessment) for individual accumulated knowledge of academic Facts and Figures, based on a PURELY academic measurement, without expectation of desired and conditioned attitudes and behaviors, odds are the Finn's system would not measure up.

Fortunately, American Education has not succumbed entirely to this Finnish Skinnerian model, and there are still graduates who think for themselves and know Facts, not "Topics." However, if these independent-minded educators and students, with their own silos of knowledge, would be measured against Group Think Standards like PISA, they would be failing miserably.

Here is an example of the Finnish non-academic model of education:


In a piece for the National Education Association, Linda Darling-Hammond points out the importance of inquiry to learning in Finland: students are encouraged to cultivate “active learning skills” and to ask open-ended questions: “In a typical classroom, students are likely to be walking around, rotating through workshops or gathering information, asking questions of their teacher, and working with other students in small groups.” This independence and activity, she argues, “allows students to develop metacognitive skills that help them to frame, tackle, and solve problems; evaluate and improve their own work; and guide their learning processes in productive ways.” (Source)


By the way, the Collectivist PISA test is the measuring stick that Americans are incessantly being berated with. Thank goodness we are still bombing the test! Let's keep the pressure on to make sure our academically taught kids still fail the collectivist "Standards," and remain strong as individuals taught to discern verifiable FACT from utopian, malleable, "ends justify the means" FICTION.
The American Conservative also seems to think that the principle of subsidiarity is peachy. What is subsidiarity? Within the context of Finnish Education, which we are being asked to adore, subsidiarity translates to a regions relinquishing of "top down regulation":


"Control over ( Ed ) policies shifted to town councils. The national curriculum was distilled into broad guidelines.”

Did you catch that? Control is shifted to Town Councils. You know what? There is another word for "Council" that may ring a bell for people. In the Russian language Council is SOVIET. Yep, you read correctly. Apparently, now Conservatives are supposed to endorse government by unelected town Soviets... I mean Councils. But not to worry, the NATIONAL curriculum can be distilled by said councils. (Does that distilling come with home made Vodka?) And STILL The American Conservative has the outright gall to suggest that Finland “shook the classrooms free from the last vestiges of top-down regulation.” (This quote is attributed to an article in the Smithsonian magazine):
Anyone else scratching their head yet? How does a mandated NATIONAL CURRICULUM (aka  Indoctrinated Propaganda) remove ANY vestige of top down regulation???  Hang on, it gets better. Save some hair to pull. The American Conservative goes on to say:


The Finnish education model doesn’t square perfectly with conservative values. The country has little to no private institutions, instead bolstering a rather homogenous public system. Partanen notes that even Finland’s independent schools are publicly financed: none are allowed to charge tuition. ”There are no private universities, either.” [emphasis added]


As Pasi Sahlberg, director of the Finnish Ministry of Education’s Center for International Mobility, put it,


“…In America, parents can choose to take their kids to private schools. It’s the same idea of a marketplace that applies to, say, shops. Schools are a shop and parents can buy what ever they want. In Finland parents can also choose. But the options are all the same.”

The American Conservative, like Pasi Sahlberg's quote, is soft selling an education system devoid of private options, (or more accurately parental "Options") in favor of a system where the "choices" are all the same. Enter stage "Right," The conservative and allegedly anti-totalitarian Birchers pleas for "CHOICE" schools or Vouchers funded to the Individual Child opens the door for mandated national curriculum in every school!  The absurdity of these two Sahlberg sentences bears repeating: "In Finland parents can also choose. But the options are all the same.”

Here is a newsflash for The American Conservative and The New American (The John Birch Society), and every other so-called Conservative advocacy outlet attempting to sell the American People the proverbial Bridge In Brooklyn: WE ARE NOT BUYING YOUR DECEPTIVE SALES PITCH!

There can be no real CHOICE when all Options are the same. What kind of magical thinking are the editors and writers and conservative agenda cronies engaging in as they spin this malevolent fairy tale about Choice? WHO do they really think they are kidding?
According to the conservative Pied Pipers of Finnish Ed, the Finns have done away with Standardized Assessments and for that reason alone we should bow down to them in awe. Hold on a minute. Is anyone really surprised? The Finnish model has adopted "Topics," not Subjects, as the benchmark for learning. Testing for knowledge on topical issues of the day is hardly rigorous. What real understanding of  intellectual progress can be gleaned from a student's recitation of current events? Furthermore, there are no grades given to students. There is no mean. No median. At least none available to parents or  students to observe progress.


Additionally, Finland has eliminated mandated standardized testing, with one exception: the National Matriculation Exam, which all students take at the end of upper-secondary school (similar to an American high school). “Instead, the public school system’s teachers are trained to assess children in classrooms using independent tests they create themselves,”...


“There are no rankings, no comparisons or competition between students, schools or regions,”...

Curiously, however, not to mention contradictory, it would seem that competition is a dirty word only for most elementary and secondary education students, but vying for a spot in a Teacher Masters program is HIGHLY competitive and esteemed.


"Prospective teachers are competitively selected from the pool of college graduates—only 15 percent of those who apply are admitted—and receive a three-year graduate-level teacher preparation program, entirely free of charge and with a living stipend.… Slots in teacher training programs are highly coveted and shortages are virtually unheard of.”


And Finland doesn't " ... test our teachers or ask them to prove their knowledge. But it’s true that we do invest in a lot of additional teacher training even after they become teachers.”

Dare one ask what knowledge the prospective teachers would be tested on? What "topics" would indicate proficiency as an instructor? Obviously, its not what the teachers "Know" that is important. Its what they "DO" with the tasks they are given that informs effectiveness!

The Finnish education model which allegedly conservative American advocacy organizations cannot seem to get enough of seem to promote competition as  acceptable only as long as one is vying for State sanctioned paychecks and pensions. Competition for a place at the table to control others is allowed if not welcomed,  but competition by the individual for independence unapproved by the apparatus of the State is "nonsense."

What the Finns and their competitive, highly trained, methodically indoctrinated, constantly verified for excellence and best practices and scripted to teach Educators are NOT telling their adoring American Conservative sycophants is that while the nonsensical "SUMMATIVE" ("How much did you learn and retain in your cranium this year, Sven?") has been discarded, FORMATIVE ("Is Inge adopting the expected  and desired responses to potential 'real life' situations which the State desires this quarter?") remain.

The formative, in-class, subjective teacher assessments, that the Finns practice, exist not to evaluate  completion of learning any more, but FOR learning. The assessments (DATA) are valuable for the desires and ends of the State alone, and not for the individual.

More Conservative? Why yes, it surely is. At last check Totalitarian Systems of control do fall on the more end of the ideological spectrum of governance. Thanks, The American Conservative, for showing us your true colors along with The New American.

Read more here:
TALKING OUT OF BOTH SIDES OF THEIR MOUTHS?
Neo-Feudalism and/or Soviet Polytechnical Education

Posted by Charlotte Iserbyt at 12:31 PM