Dear Community Members,
Career Technical Education (CTE) is a key component of the education services offered in California public schools. CTE provides us with a unique opportunity to train students with the skills they need to successfully transition into the workforce. Recent changes to public school financing brought about by the Local Control Funding Formula (LCFF) have broad implications for CTE here in the Inland Empire and could mean huge changes to how public schools provide these programs. [LETTER from Nestande]

Below are excerpted strong comments from an outraged California constituent, reacting in an email to the above invitation issued by California Assemblyman Brian Nestande:

I can't believe you are participating in this "workforce" project... the school to work agenda... straight out of the UN and is part of the federalization of education and the take over of our children via Common Core and the implementation of the UNESCO agenda... Limited Learning for Lifelong Labor/Neo Feudalism!

I have spent enough time trying to educate you to the truth but instead you continue to embrace the wrong agendas [that] will destroy the hearts and minds of our children. I am truly disappointed in you Brian. I thought you might rise to the occasion this time but alas, NO... instead you are embracing the progressive agenda. YOU were was in a position to do something good but instead, you sold out for personal gain. Shame Brian. I am truly upset to see this and very disappointed. I will tell the truth even if you politicians won't!!!!

...California has sold out to the Bush/Obama federal and corporate takeover of education and the UN's agenda and so have you... all this workforce stuff comes right out of the UN as I have shown and proven to you on numerous occasions. I will tell everyone I know about this as you are no better than the progressives we currently have... and indeed, you will NOT make a difference in DC!!!

Some history and documentation is in order regarding the initial funding for workforce training. There are 8 points below. Point one (1) begins with an innocent-sounding FOUR MILLION DOLLAR federal grant to research Soviet "school to work" and points 2, 3, 4, 5, 6, 7, and 8 are important federal and state milestones in the journey towards "neofeudalism" and "limited learning for lifelong labor." Maybe our elected officials should take a look at this history, especially the history of "school to work" in Maine which appears to have been certainly one of the first states, if not the first, to adopt this system required for a planned economy.  Bye-bye capitalism. Maine was implementing the system BEFORE it was approved by the Congress. I wonder where Maine got the $$ to start the ball rolling.


1. An excerpt from an entry in my book the deliberate dumbing down of america, page 272.


POLYTECHNICAL EDUCATION: A STEP BY ROBERT H. BECK, UNIVERSITY OF MINNESOTA, was published in 1990. Beck was under contract to the National Center for Research in Vocational Education, University of California, Berkeley and was supported by the Office of Vocational and Adult Education through a U.S. Department of Education grant for $4 million [Carl D. Perkins Vocational Education Act, Grant #V051A80004–88A, September.] Had this report not cost $4 million in taxpayers’ money, one could dismiss it as just another effort by the federal government to keep its education researchers occupied. Why would the government spend such an enormous amount of money on a government project describing the Soviet polytech system unless the government was considering putting the same polytech system in place in the United States?


THE STATE OF MAINE TOOK A LEADERSHIP POSITION IN THE  IMPLEMENTATION OF A SCHOOL-to-work system in the early 1990s. The following excerpts from The School to Work Revolution by Lynn Olson, Perseus Books: New York, 1997) relate to the first steps taken to implement this new corporate fascist system of governance. Olson recalled Maine’s activity as follows:

John Fitzsimmons, the President of the Maine Technical College System and former state labor commissioner in Maine during the 1980s, traveled to Germany and Denmark in the early 1990s, along with the  then-Governor John R. McKernan, Jr. [husband of U.S. Senator from Maine Olympia Snowe], to get a first-hand view of European apprenticeships. The governor and Fitzsimmons were so impressed by what they saw that they plotted the outlines for a Maine initiative on paper napkins on the transatlantic flight home. In February 1993 the Maine Youth  Apprenticeship Program—now called Maine Career Advantage—accepted its first 12 students. By 1996 the initiative had spread to 276 students, 108 high schools, and 197 businesses. An additional 850 students were involved in career-preparation activities such as job shadows, developing portfolios, and summer internships.

“I really believe, in my state, the future lies in the quality of the skilled workforce,” Fitzsimmons told me in 1994, a strong Rhode Island accent still lingering in his voice. “We will not compete with a North Carolina Research Triangle or with Massachusetts’s Harvard and M.I.T. and their ability to be international research areas. We will be the producers of goods. And I take great pride in that because if we’re able to produce  high-quality products, it will mean high-wage jobs for our people.”


IN 1993 THE SCHOOL TO WORK OPPORTUNITIES ACT PASSED THE HOUSE OF REPRESENTAtives without a roll call vote. [It passed the Senate in 1994, ed.] This legislation called for Soviet/German full employment/quota-type system, incorporating the Danish model for polytech education. Anyone familiar with this legislation will recognize the similarity between its wording and the late Professor Eugene Boyce’s definition of communist polytech education (found in this book’s 1983 entry for The Coming Revolution in Education) which states that the communists “do not educate people for jobs that do not exist. No such direct, controlled relationship between education and jobs exists in democratic countries.”

4. I have in my hand an application for funding letter to Secretary Robert B. Reich, U.S. Dept. of Labor and Secretary Richard B. Riley, U.S. Department of Education written on behalf of Governor John R. McKernan, Maine, dated April 1, 1994 requesting $12,000,000 to fund Maine's involvement in implementing the Soviet polytechnical system, also known as Career Opportunities/ and "Maine's nationally-recognized Maine Youth Apprenticeship Program." This application was, of course, in response to a federal "Request for Proposals" sent out to all 50 states. Maine received $12,000,000 million,  an amount determined relative to its one million population. Can you imagine how much states like California and New York, etc. received? The last paragraph of the above-referenced letter to Secretaries Reich and Riley, respectively, signed by Leo G. Martin, Commissioner of Education, Maine, states:


"Please don't hesitate to call me, Governor McKernan, or President Fitzsimmons of the Maine Technical College System, if you need any additional information or clarification of our plans. We look forward to working closely with you in a nationwide State/Federal partnership to help move the entire country toward high PERFORMANCE [OBE, ed.] education, a high skills workforce, and a high productivity, high quality economy."

A PAPER ENTITLED “ISSUE FOR DESIGNING A SYSTEM OF SKILL STANDARDS AND CERTIFICATION for the American Workforce: On What Basis Should Occupation/Skill/Industry Clusters Be Organized?” by Robert W. Glover of the Center for the Study of Human Resources, University of Texas at Austin, was prepared for the U.S. Department of Labor in May of 1994. Mr. Glover has contributed to several national and international studies, including America’s Choice: High Skills or Low Wages and was the author of the Texas Department of Commerce’s publication entitled Developing a System of Skill Standards for the State of Texas (January 1993). Excerpts from Glover’s paper follow:

The Appeal of Setting National Standards as a Device To Reform
and Upgrade American Learning Systems....
[please read entire entry on page 329-30 of my book] 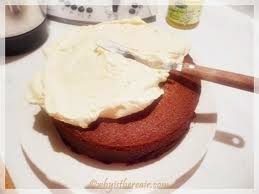 6. Icing on Maine's cake and the model for our nation? Check out the booklet explaining the school-to-work agenda of Maine's Center for Youth Apprenticeships, headed by an International Advisory Board of Governors. The following key report may be accessed at AmericanDeception.com. Center for Youth Apprenticeship -6pgs-1990s-EDU.sml.pdf (do not copy this link onto a browser. Use the following link: http://www.americandeception.com/index.php?action=downloadpdf&photo=PDFsml_AD/Center_For_Youth_Apprenticeship-6pgs-1990s-EDU.sml.pdf&id=43

Students in Texas are now required to “enroll in one of 5 specific areas a study” to choose a “career track” as early as the 8th grade.

This choice will determine 14 year old Texans future which is an unrealistic demand of children at such a young age – at a time in a young person’s life when they are still discovering who they are.

Career counselors are being tasked with encouraging 8th graders into what career path they want to focus on by meeting with the child to explain college requirements and whether they are wasting their time taking elective courses.

The Texas State Board of Education (TSBE) sent a letter to lawmakers requesting more funding for career path counselors to steer children into their pre-designated and possibly specialized study for future employment.

Back in February, President Obama stated in his most recent weekly address to the nation that America’s future is in a trained and skilled workforce that fits the needs of corporations....

Obama signed a PM “Job Driven Training for Workers” empowering the Secretary of Labor, the Secretary of Commerce and the Secretary of Education to give “workers the opportunity to acquire the skills that they need to pursue in-demand jobs and careers is critical to growing our economy, ensuring that everyone who works hard is rewarded, and building a strong middle class.”...

Obama wrote: “It is critical that the Federal Government ensure that its policies and programs in the workforce and training system are designed to equip the Nation’s workers with skills matching the needs of employers looking to hire. To achieve this goal, employers must identify the skills and credentials required for in-demand jobs and help develop training programs; workers and job seekers must have access to education and training that meets their unique needs and the requirements for good jobs and careers; and employers must have easy ways to find workers who have or can acquire those skills. We must take steps to ensure that all relevant Federal programs follow such a job-driven approach to training, and that these programs are accountable for getting Americans into good jobs and careers as quickly as possible.”

8. See the report "Workforce Data Quality Initiative: Grants to improve analysis of workforc prorgam impacts" which "will enable states to build or expand longitudinal databases to conduct research and analysis aimed at pinpointing the effectiveness of employment and training programs.... Download report at this url:  http://www.doleta.gov/performance/pfdocs/WorkforceDataQualityInitiative.pdf
Posted by Charlotte Iserbyt at 8:59 AM