"We Can No Longer Afford Freedom" 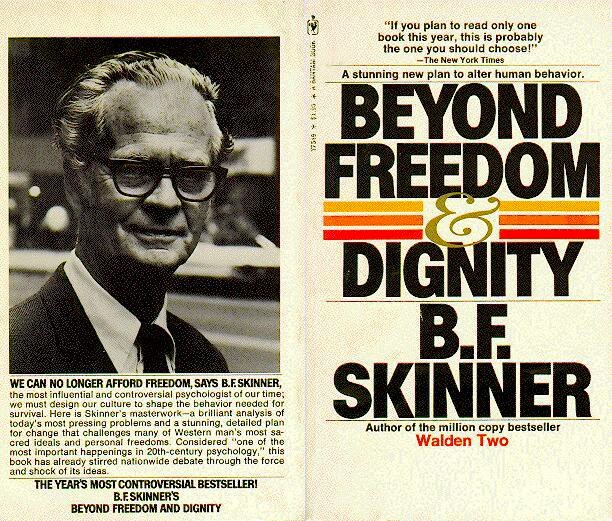 I am not the only one who has written the history of education reform. Dr. Dennis wrote an excellent book in 1993 titled Chronology of Education With Quotable Quotes. Below is his warnings about B.F. Skinner:


1948: Walden II by B. F. Skinner (1972 Humanist of the Year) is published describing a society in which children are reared by the State rather than their parents, are taught only "desirable" characteristics from birth, and are never punished.

1972 November: Psychology Today publishes "Shapers at Work" by Kenneth Goodall describing a number of behavior modification programs around the country, including a 3-year program in Prince George's County, Maryland, designed not only to change students' behavior but also "to manage the behavior of the whole community." The project is conducted by the Institute for Behavioral Research, with whom B. F. Skinner and Buckminster Fuller are associated. The IBR is headed by Harold Cohen, who states, "I'm not a moralist, it just doesn't work." 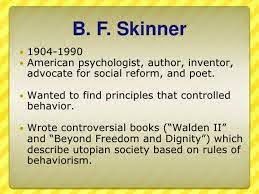 1977 August 1: The Washington Post prints Lawrence Feinberg's "Competency Tests Set in 26 Schools," in which he reports that a new "competency based curriculum" to be used in every school in Washington, DC, "is based on the work in behavioral psychology of Harvard University's B.F. Skinner, who developed teaching machines and even trained pigeons during World War II to pilot and detonate bombs and torpedoes." Washington, DC, Associate School Superintendent James Guines tells Feinberg, "If you can train a pigeon to fly up there and press a button and set off a bomb, why can't you teach human beings to behave in an effective and rational way? We know we can modify human behavior. We're not afraid of that. This is the biggest thing that's happening in education today.' 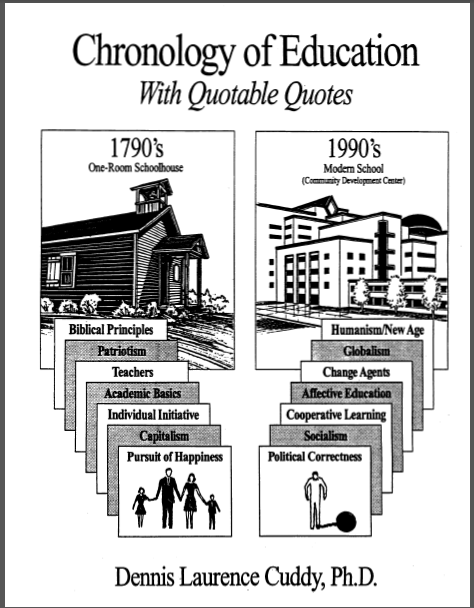 Dr. Dennis Cuddy is a regular writer for NewsWithViews.com and you can read his columns HERE.

Below is an excerpt from the Introduction to his book: 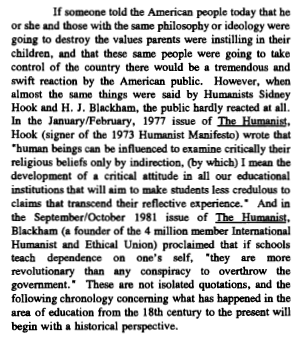 Posted by Charlotte Iserbyt at 10:53 AM