If we as parents and citizens believe that the same “scientific, research-based” standards[2] applied to research in education and psychology are those applied to medicine, geology, or engineering, we are sadly mistaken. If we believe that objective criteria are employed when evaluating educational curriculum or behavioral analysis, we are likewise mistaken. Therefore, when presented with proposals in academic curricula that purport to be founded in “scientific, research-based” evaluation, we should take them with a grain of salt!

The bottom line for understanding this conflict between science and psychology is that the application of statistical methods to human behavior in the name of science is misdirected and inappropriate. When we measure natural phenomena, we get results that will vary depending upon the environmental factors affecting the thing being measured. For example, we can measure the speed at which a rock falls from a certain height. Although the rock’s speed may be affected by external factors, such as air resistance, there is nothing the rock can do, no decision it can make that will change the speed at which it falls. However, when we attempt to measure a person’s attitudes or opinions, that person can change his or her attitude, opinion, or belief at any time—often because of a conscious, deliberate decision to do so, as an act of will. Such deliberate assertion of a person’s will is extremely difficult, if not impossible to measure.

The social “sciences” and psychology have long yearned for the respectability of scientific disciplines, and have touted themselves as science for many decades. However, both fields emerged from the same humanistic cesspools of the last century.

In discussing the massive paradigm shift over to adopting a modern “naturalistic” or “materialistic” science, and postmodern pseudo-science, the late Dr. Francis Schaeffer[3] warned: 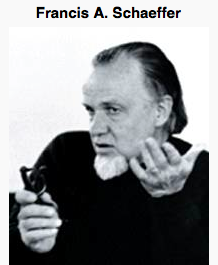 Endnotes:
1. The graphic image at the top of this post is from WWII. These beautiful children were part of Dr. Mengele's so-called "scientific" research.This photo was retrieved from the YouTube film footage of “Romani children used in Nazi racial studies,” http://www.youtube.com/watch?v=A5DDRy0I9rU
2. This post is excerpted from the entry in my book, p. 121-123, citing FOUNDATIONS OF BEHAVIORAL RESEARCH, Second Edition by Fred N. Kerlinger of New York University (Holt, Rinehart and Winston, Inc.: New York, 1973)..
3. See yesterday's post "Shaping Mankind's Behavior" for more quotes from Dr. Schaeffer. "Francis August Schaeffer (30 January 1912 – 15 May 1984) was an American Evangelical Christian theologian, philosopher, and Presbyterian pastor." http://en.wikipedia.org/wiki/Francis_Schaeffer
4. Another View of Philosophy and Culture: Back to Freedom and Dignity by Francis Schaeffer (Crossway Books: Wheaton, Ill.,
1989).
Posted by Charlotte Iserbyt at 6:06 AM