Programmed Instruction: The Next Generation

Like a Bad Horror Movie -- Skinner's BACK!!!
More history you aren't supposed to know.... 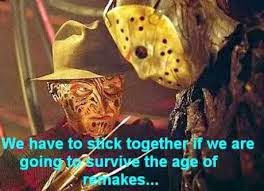 Just like a bad B-rated horror film, B.F. Skinner's Programmed Instruction continues through the decades -- rerun, reinvented, reintroduced, repackaged and re-named -- as an integral part American's reform engine. Skinner is the METHOD that drives the whole system. This explains the current exaggerated obsession with testing for "results."

Why did Skinner's method need to keep changing its name? Possibly because the original Programmed Instruction was such a radical concept. After all, most parents didn't want their children called "organisms" and trained like Thorndike's cats or Skinner's pigeons and rats. But that's the model. And that's what is being implemented. 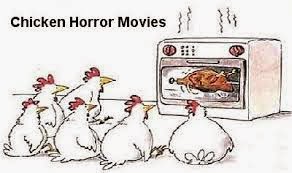 This METHOD has been embraced by both the political Left and the political Right. So that's why we're in the mess today. Much deception goes on to cover up this fact. You need to know how to translate their lingo to understand the semantic deception. Read the following explanation and you will get a quick ABC lesson in how to understand education reform "Greek":


“Producing a definite or desired result [emphasis added],” the first definition for the
word “effective” found in Webster’s Dictionary, is the appropriate definition for the word “effective” as it is used in the title Effective School Research (ESR) or Effective Schools (ES). This is particularly true as it relates to the Skinnerian “method,” often referred to as “What Works” education, more commonly known as outcome/performance/results based education and mastery learning/direct instruction. The evidence which links OBE to ESR is irrefutable:

“Outcome-Based Education incorporates the findings of the Effective Schools Research, linking them together into a comprehensive and powerful model,” stated Charlotte Danielson, M.A. in her Practitioner’s Implementation Handbook [Series]: The Outcome-Based Curriculum. [emphasis added]

Circa 1984: As the change agents were planning to institute their full-blown Skinnerianism, the July 1984 issue of their own in-house periodical, The Effective School Report, published an article titled “Effective Schools for Results” by Dr. Robert E. Corrigan and Dr. George W. Bailey. Here is a key excerpt that explains how the Skinner behavioral model was being incorporated into our nation's schools:


Over the past thirty years there have been three primary programs related to the design and implementation of effective schools and successful learning results. Each of these research efforts focused on different aspects or variables in the following areas:

Note the last sentence above. The plan all along was not just to achieve LEARNING results, but also MANAGEMENT results. Think about the ramifications of this. This entire "system" of education must become Skinnerian. The entire operation, the entire machine -- all schools, all districts, all teachers, all children -- must be transitioned over to Skinner's model and method. Thus a systemic reformation of American education system, based on rewards for compliance to change, and penalties for those who tried to stay traditional academics, was instituted.

Below is the history of who's who in the various versions of revisionist Skinnerianism, as it was updated over the years. As you can see, Skinner himself was very involved in this transformation of education over to his methodology. From the same circa 1984 periodical:


The following professionals and groups have initiated successful educational programs which can work together as a common system to deliver predictable success for every learner—the ultimate criterion of an effective school program:

Included in step 3 of the above-mentioned learner-centered mastery learning instruction is the following description. It doesn't get any clearer than this. This is how Skinner's method works on children:


“Provide immediate feedback as to the correctness of learner responses, provide for immediate correction of errors, and control the progress of learning as students proceed in small steps along the tested learning path to master the learning objectives and criteria with predictable success.”


The article continues. It is here that the rubber meets the road. Mastery of skills has set "standards" so that students must be "continually evaluated" according to "new skills requirements." These standards are NOT set by the parents, or teachers, or your own local community -- i.e., the local grassroots voters and citizens. There is no local control. These standards are prescribed by "industrial, civic, and academic LEADERS" in "society," i.e., the Power Elite. Below is how "mastery of skills" is directly tied to a child's future:


The ultimate benefits to be derived through the installation of this mastery of skills delivery system will be the predictable success of all future graduates to master relevant skills to enter and succeed in society. Graduation skill standards would be continually evaluated and, where necessary, will be revised based on new skill requirements established by industrial, civic, and academic leaders either (a) to get and hold jobs, (b) to advance to higher education, and/or (c) to be self-sufficient following graduation. [emphasis added] 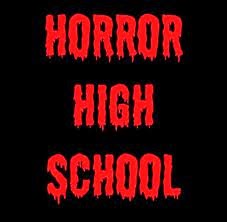 How much clearer could the Corrigan's be in describing the need for Skinnerian mastery learning/ direct instruction in order to implement school-to-work?

NOTE: See Appendix VI in my book, and the previous blog posts which detail the role of the Corrigans in this disaster. Most of these history snapshots on October's Skinner Horror Files month are excerpted from entries or appendices in my book. This is valuable history that the powers-that-be don't want the public to know.

Posted by Charlotte Iserbyt at 6:40 AM