The Horrible Truth Comes Out! 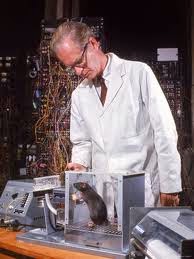 In 1982, just as the Skinnerian machine was rolling full-speed ahead into the classrooms of America, THE COMPLETE WORKS OF FRANCIS A. SCHAEFFER: A CHRISTIAN WORLDVIEW was published.[1] In a treatise entitled “A Christian View of Philosophy and Culture: Back to Freedom and Dignity,” noted Christian scholar and theologian Dr. Francis Schaeffer warned of B.F. Skinner and his methods. This treatise was written specifically to counter Skinner's Beyond Freedom and Dignity, and to warn the world about the far-reaching horrible consequences of adopting Skinner's worldview:


Skinner says that up until the present time all of humanity has considered man to be in some sense autonomous—that is, that there is in each individual an “ego” or mind or center of consciousness which can freely choose one or another course of action. But, Skinner says, autonomous man does not exist, and it is the task of behavioral psychology to abolish the conception.... Skinner declares that everything man is, everything man makes, everything man thinks is completely, 100 percent, determined by his environment.

After the publication of Beyond Freedom and Dignity [1972], when he [Skinner] was at the Center for the Study of Democratic Institutions, he spoke at Westmont College in Santa Barbara, California. There he said, “The individual does not initiate anything.” In fact, he said that any time man is freed from one kind of control, he merely comes under another kind of control. Christians consider that man is autonomous in that he is significant, he affects the environment. In behavioristic psychology, the situation is reversed. All behavior is determined not from within but from without. “You” don’t exist. Man is not there. All that is there is a bundle of conditioning, a collection of what you have been in the past: your genetic makeup and your environment. But Skinner goes a step further, subordinates the genetic factor, and suggests that man’s behavior can be almost totally controlled by controlling the environment.... Some behaviorists would differ with him on this last point. How is it that the environment controls behavior?


Here Skinner brings up the concept of “operant conditioning.” This notion is based on his work with pigeons and rats. The basic idea is that “when a bit of behavior is followed by a certain consequence, it is more likely to occur again, and a consequence having this effect is called a reinforcer.” (p. 27) That is, for example, “anything the organism does that is followed by the receipt of food is more likely to be done again whenever the organism is hungry.”

There are two kinds of reinforcers: negative reinforcers which have adverse effects, and positive reinforcers whose effect is positive. Skinner contends that only the positive reinforcers should be used. In other words, in order to reinforce a certain kind of behavior, one should not punish; he should reward. If a person is surrounded by an atmosphere in which he gets a sufficient reward for doing what society would like him to do, he will automatically do this without ever knowing why he is doing it.... Within the Skinnerian system there are no ethical controls. There is no boundary limit to what can be done by the elite in whose hands control resides. [bold added]

Note that last statement above. Even though Skinner claimed that only positive reinforcers should be used, his successors, most notably including David Hornbeck (see Day 28 and Day 29 posts) adopted penalties as the most effective method of controlling human behavior. So Dr. Schaeffer was right when he warned, "Within the Skinnerian system there are no ethical controls. There is no boundary limit...." 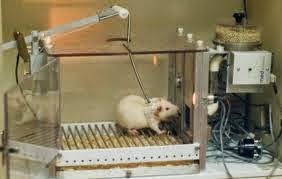 
The reduction of man’s value to zero is one of the important factors which triggered the student rebellion at Berkeley and elsewhere in the 1960s. Those students sensed that they were being turned into zeros and they revolted. Christians should have sensed it long before and said and exhibited that we have an alternative.... We are on the verge of the largest revolution the world has ever seen—the control and shaping of men through the abuse of genetic knowledge, and chemical and psychological conditioning.

Will people accept it? I don’t think they would accept it if (1) they had not already been taught to accept the presuppositions that lead to it, and (2) they were not in such hopelessness. Many of our secular schools have consistently taught these presuppositions, and unhappily many of our Christian lower schools and colleges have taught the crucial subjects no differently than the secular schools. [bold added]


This warning hit the mark! We now have Christian and Conservative leaders who have adopted Skinner's Humanistic presuppositions about the malleability of man, and are now carrying the banner for the very Skinnerian coercive methods that Dr. Schaeffer was warning against! 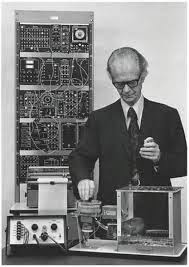 
What do we and our children face? The biological bomb, the abuse of genetic knowledge, chemical engineering, the behavioristic manipulation of man. All these have come to popular attention only a few years ago. But they are not twenty years away. They are not five years away. They are here now in technological breakthroughs. This is where we live, and as true Christians we must be ready. This is no time for weakness in the Church of Christ. What has happened to man? We must see him as one who has torn himself away both from the infinite-personal God who created him as finite but in his image and from God’s revelation to him. Made in God’s image, he was made to be great, he was made to be beautiful, and he was made to be creative in life and art. But his rebellion has led him into making himself into nothing but a machine.[2]