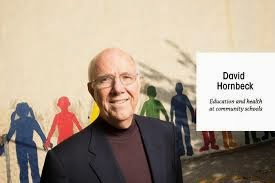 As mentioned in yesterday's post, David Hornbeck's "draft" plan for Iowa's education transformation initiative, leaked to the press and dated September 19, 1990, told the whole story. It was a most comprehensive explanation of the Skinnerian totalitarian system applied to society.

For the next 25 years Hornbeck would go on to become a change agent in key places of school leadership, leaving devastation in his wake wherever he went. A simple "google" search of his name will reveal the sweeping controversies surrounding this man as he stage-managed his intrusive and onerous Skinnerian transformation system.

Below are some key excerpts from Iowa's revealing "Draft" that told too much about the overall plan for school transformation. Read it and weep:


TO: The Iowa Business-Education Roundtable Task Force
FROM: David W. Hornbeck
RE: First Draft of Recommendations on the Iowa Initiative for World Class Schools

ASSUMPTIONS
Virtually all students can learn at high levels....

1. ...The success of schools in the new system should be judged on how well students master a clearly defined, measurable core of learning that sets high expectations of all students....

2. Student performance should be measured with a variety of tools that reflect the complexity of what students are expected to learn....


There you have it. The first two points have to do with measurable performance required of students under the Skinnerian method. The third one spells out that any schools that don't perform up to par will be penalized. Here is the shift -- Skinnerian operant conditioning would be applied to entire institutions in society, which includes the punishments of local school districts. This was 1990. We are now in the year 2014 and many, many schools have now been penalized. Read on and notice who is held responsible for students performing up to par: 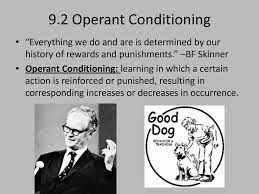 4. Staff in individual schools must have the authority to make decisions affecting student achievement and must be accountable for results....

7. Schools in the new system must be responsible for ensuring collaboration with health and human services agencies to reduce barriers to student learning....

8. ...Schools must assist parents in assuming their full role as partners in educating their children.... [bold in original, underlining and color added]


Next Hornbeck spelled out the outcomes -- a term that would go on to become well-known across America as Outcome-Based Education, now known as Common Core. Skinnerian outcomes were defined by Hornbeck as


"results which schools are expected to produce with their students.... Results... used to measure success...." [bold, color added]


Note that word "success." The elite educrats would define this nebulous "success," not parents, not classroom teachers, not local districts. There was a lot of hoopla over the "outrageous outcomes" of OBE in the 1990s because they didn't have much to do with solid academics, but were obviously politically correct outcomes and mind-bending junk science. 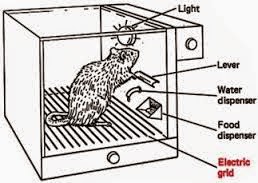 Hornbeck said of "ASSESSMENT" that


"An outcome or result which cannot be measured may be a useful goal but it is relevant as a result for which a school or school district can be held accountable." [bold, color added]

The term "accountability" became a code word associated with measurable outcomes -- not only in education reform but in other areas of society as well. These results in Hornbeck's report included such intrusive privacy-invading things as

So the State, according to Hornbeck, would be prescribing and pre-determining the acceptable measurable "result" in these highly personal areas of a child's thinking and feeling.

Hornbeck was disingenuous. He insisted that "the state assessment program's objective is to determine school and school district performance, not individual student performance." But this is not true, and little Johnny and Susie sitting at their desk on big bad SCARY ASSESSMENT DAY knew full well that if they don't perform well on the test, they would face stiff penalties. This is why teachers across the nation have had to learn how to teach to the test. It preserves their own job. Plus they care about their students and worry about them failing. 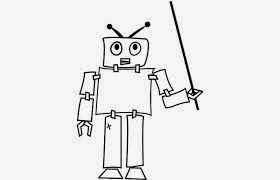 The worst part of Hornbeck's "Draft" is this frightful scenario he outlines for those school districts that don't perform up to par. There is a series of interventions, leading to a total takeover of the district. This was unfathomable back in 1990, but now we've all seen it happen in cities across the country. The really sad thing about Hornbeck's proposal was that those schools already struggling would be further penalized, often via so-called "remediation" which was intrusive and punitive.

Hornbeck wrote: "On the penalty side, I envision the following consequences for schools and their staff...." He went on to describe in elaborate detail the horrors that teachers would be facing. These penalties included loss of the following things: teacher longevity pay, local control, administrative decision-making authority, state and local financing, and even students. Administrators could be put on probation, staff could suffer financial penalties, and good (and wealthy) students could flee the district as it was sinking like the Titanic. And somehow Hornbeck envisioned that by imposing such extremely negative penalties this would help students feel good about themselves?! And teachers teach better?! And districts be proud?! Hornbeck's penalties were stifling, killing true freedom and the spirit of joy in learning. 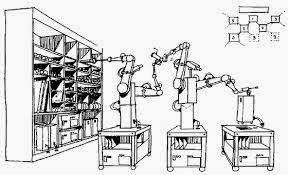 Another whole section of the Hornbeck report included detailed instructions about how to institute site-based decision making that would supplant the duly-elected school boards and wrest control away from local parents and citizens. A token parent or two would be permitted on this controlled council. He was already using this formula. Note that his "Draft" was prepared for the "Iowa Business-Education Roundtable Task Force," an unelected board of Who's Who leaders, some of whom admitted they signed onto the dotted line without even reading the report! In this way, the site-based councils became a clever form of managed change in which they rubber-stamped any new innovation towards implementing the Skinnerian operant conditioning methods on their schools, teachers and students.

The following ulterior motives to transform ALL OF SOCIETY were divulged by Hornbeck:

...If we are to have a high expectation, outcome based, consequences-driven, school-based shared decision making system that is evaluated with substantially different assessment strategies, it will require different capacities, skills and patterns of renewal for staff than presently exist. Literally everyone will need retraining at least to some degree.

The collection and analysis of school performance data will be done more quickly, more powerfully and with greater accuracy through technology. Technology is critical to a strong data base at many levels.

Technology will reduce reliance on single sources of instructional material (such as textbooks)....[bold and color added]

Parent, Advocate, Health, and Social Service Support -- Children need far more than academic instruction if they are to succeed in school.... They requires [sic] connecting education, health and social services in unprecedented ways.... [bold and underline in original, color added]

...One illustrative approach to accomplishing that objective would be to abolish the present State Board of Education and local boards of education and replace them with Boards of Children and Families at the state and local levels.  One could then establish results for children we wish to achieve that cut across education, health and social services....[bold and color added] 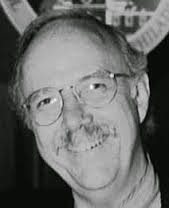 In conclusion, David Hornbeck put wheels on Skinner's operant conditioning machinery and 25 years ago he traveled the country with his word-processor, equipping well over 30 states with his massive plan for the transformation and overhaul of our nation's schools. His grandiose plan became part of  America 2000, Goals 2000, and No Child Left Behind. Hornbeck would almost single-handedly put Skinnerian methods into American mainstream.

Many in the field of education adopted a cult-like conformance to predetermined "outcomes" and "results" mandated from on high. Teachers didn't dare ask the questions -- after all, there were penalties for their non-compliance! And administrators were hooked in, forced into the mold, or they retired. And poor little Johnny and Susie sitting at their desks, still feel the HORRORS of the pressure to perform measurable results and outcomes every single day. 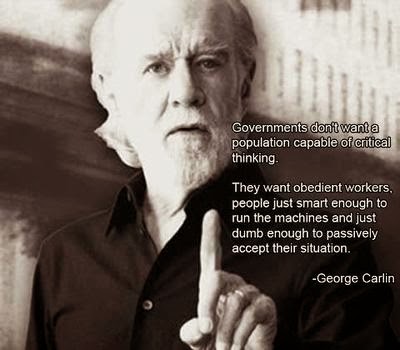 Posted by Charlotte Iserbyt at 6:31 AM