What Is Direct Instruction? 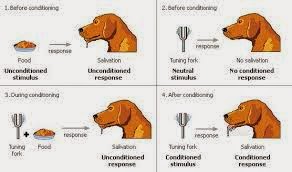 The following blog post is an excerpt from Appendix XXV of my book the deliberate dumbing down of america. It is the second of a two-part alert series in the late 1990s that comprised this particular appendix. This is the best summary of what exactly Direct Instruction is. And why parents and citizens need to be concerned about this method being used in schools -- often under different names and guises.

“The Difference Between Traditional Education and Direct Instruction” by Tracey J. Hayes

The major difference between Traditional Education and Direct Instruction (DI) is the
method in which the content is taught.

Traditional education focuses on content-rich curriculum in which a particular subject is
“introduced, taught, and reviewed,” moving from simple to complex, spiraling back to refresh and retain previously learned material while progressing in that subject. Some publishing companies make recommendations on what content is to be taught, but in most traditional education classrooms, the teacher decides “how” the “what” is to be taught.

To help determine student achievement in traditional education, weekly quizzes and end-of-chapter tests are administered. One hundred percent mastery is, however, not expected. The teacher knows that with time and review, retention of knowledge and test scores will improve. The object of traditional education is to offer students a broad foundation of information, based on facts and figures, that will be retained for future application on high stakes assessments, education and career objectives, and life-long wisdom. 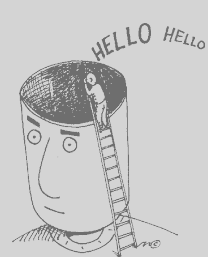 With traditional education, on Monday the teacher assigns her class a chapter to read on the subject of George Washington crossing the Delaware. She tells them they will be tested on this subject on Friday, but she doesn’t tell them exactly on what they will be tested. In other words, they must learn as much as they can about everything in the chapter—including the name of George Washington’s horse. When tested, the students might receive a 75% or 80% grade and some parents may be upset with what they consider a “low” grade. However, in fact, the students have done far better than students using mastery learning or direct instruction who are taught to the test, only learning that material on which the teacher tells them they will be tested and receiving a grade of 90–100%. The students in the traditional education class have actually learned many, many times more than the students in a mastery learning or direct instruction class, even though they did not have to use all they learned on their test. Professor Benjamin Bloom, the father of mastery learning, was certainly correct when he asserted that students could reach 85% mastery—of a limited or dumbed down curriculum. 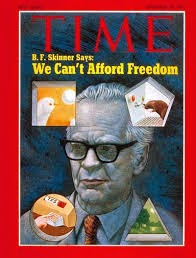 Direct Instruction focuses on a narrow curriculum in which a particular subject is introduced via a stimulus, expecting a particular response from the student. Based on
behavioral psychology and the work of B.F. Skinner, DI requires the teacher to use operant conditioning and behavior modification techniques. In a DI classroom the teacher must follow a prescribed set of lesson plans, sometimes in script form, and use certain cues such as clapping with the intent to incite a certain reaction such as unison chanting from the students. In many classrooms, rewards and tokens are also used to generate a predetermined response (S-R-S).

Direct Instruction is a teaching method that bypasses the brain and instigates a reflex
that is not natural, but rather controlled and programmed. This kind of manipulation causes some students to become so stressed that they become sick or develop nervous tics. Many DI programs are designed for the computer with built-in bells and whistles to “control and pace the learning outcomes.” With outcome-based education (OBE) already in many schools, Computer Assisted Learning (CAL), programmed with the ML/DI method, is also promoting affective/subjective goals.

Direct Instruction expects mastery (ML) to be achieved in each area of instruction before
moving onto the next level. There are frequent tests, cramming, cranking, and drilling the skills to perfection, so test scores are usually high in the early years. Typical classrooms, however, consist of students with varying abilities, so the amount of content is decreased to accommodate the slowest learner [dumbed-down, ed.]. In some schools cooperative learning is used to appease the high achiever. Since review of previously learned materials is not encouraged, overall retention is less. SAT scores are low, and ultimate application is not achieved and in some cases stifled. 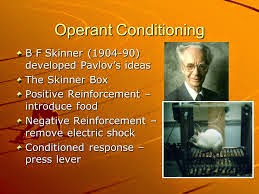 Direct Instruction has been used for decades in areas where poverty is prevalent because the method of teaching promotes order and discipline in the classroom. Since many parents want to discard whole language and implement phonics, schools across the nation are adopting DI programs without truly understanding the method behind the content. At the expense of destroying one’s free will, these schools are training students to become passive drones rather than educated citizens. As students plateau at a certain level because they cannot make sense of the knowledge they once were expected to recall on command, one must wonder if the pressure to perform like barking dogs is what students really need or what we really want.
Posted by Charlotte Iserbyt at 5:03 PM