Louisiana Legislator Assists State in Criminalizing Parental Authority
WHAT IS HE THINKING?

By The People LLC

We found it shocking that not one elected representative present in the House Education Committee had a problem with the addition of  making it a criminal offense for a parent to take notes on any test item - not one!

REP. SCHRODER'S THEATER OF THE ABSURD FEATURING YOUR CHILD'S TEST AS THE HOLY GRAIL!

In 2014, The People, LLC drafted and Rep. Schroder sponsored Act 436 which acknowledges parents' authority to have access to anything their children come into contact with at school.  "Secure assessments" were excluded from this access (although they were included in our original draft), because the Dept. of Ed. (DOE) would not agree to that provision and we were told that the Dept. has the votes lined up on the committee to kill any bill.

This was a win for parents, because schools can no longer prevent them from accessing and copying anything that their children come into contact with other than secure assessments. Being able to view and copy such materials gives parents the ability to gather necessary evidence to protect their children should the need arise.
What a difference a year makes!

A couple of weeks prior to the bill being scheduled for House Ed. Committee, Rep. Schroder received a "compromise" in the form of an amendment from the Dept. which instituted a process providing for a "review period" which:  "begins at the latest 10 days after parents receive results and will last for 10 consecutive business days during which time parents who can travel to Baton Rouge may view for 2 hours and during regular business hours the assessment their child took along with their child's answers and results or a sample assessment.  They will have to notify the department of which they choose to see prior to their visit."

These provisions were not satisfactory to us and, by the time the bill was presented by Rep. Schroder to the House Ed. Committee, it became apparent that the "compromise" amendment from the Department of Education, actually involved quite a bit more:
--"'Assessment' does not include a national assessment that the state Dept. of Education is prohibited by the assessment vendor from providing to a parent for review."

The amendment provided by the department also included that parents will be provided access under the watchful eye of a DOE administrator and the threat of up to a $10,000 fine & 6 months in prison should the parent dare to "photocopy or photograph any assessment item or question or make handwritten or typed notes that identify an assessment item or question."   (emph. added) 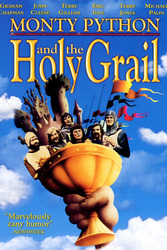 When the bill went to the House floor May 20, Rep. Schroder did amend it to remove prison time from the criminal penalties parents may face.  As the bill stands today, parents who attempt to gather information they feel is necessary for them to take actions to protect their children will still face fines of up to $10,000 and the bogus cost of item replacement should it be determined that the test items are "no longer secure" due to the "actions of the parent".

We found it shocking that not one elected representative present in the House Education Committee had a problem with the addition of making it a criminal offense for a parent to take notes on any test item - not one!

If this bill becomes law, how will parents that believe the state has overstepped its bounds in relation to an assessment item come to their children's defense with no evidence?

These are the same penalties applied to criminals who steal our children's personally identifiable information! Why did Rep. Schroder agree that parents should be treated as criminals for acting in defense of their children?!?
Rep. Schroder gave "credit to the dept. for doing something" and the Dept. thanked Rep. Schroder "for working with us".

While all their patting each other on the back continues, Louisiana's Parental Access Law is being amended to take parents out of the driver's seat and placed firmly back under the thumb of the state while criminalizing parental authority.

The bill passed the House Floor unanimously on May 20, 2015 and moves onto the Senate where it is also expected to pass.  If you believe as we do that these changes are NOT better than nothing, our only recourse may be at the voting booth this November. In the meantime, you can contact the Senate Ed. Committee members regarding HB 648.


Posted by Charlotte Iserbyt at 5:26 AM