SINCE WHEN IS SANTA CLAUS "AN OFFENSE AGAINST PEACE" ? 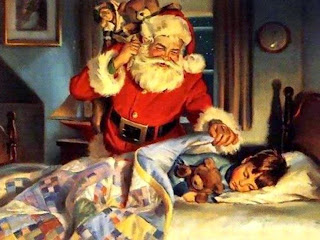 PSYCHIATRIST GENERAL BROCK CHISHOLM CALLED FOR GETTING RID OF 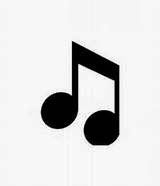 SANTA CLAUS (YOUR CHILD'S CONSCIENCE?) BECAUSE...


"He sees you when you're sleeping
He knows when you're awake He knows if you've been bad or good So be good for goodness sake!"

“Santa Claus was one of the worst offenders against clear thinking, and so an offense against peace."

in his address before an Ottawa home-and-school association in 1945, said:

“Any child who believes in Santa Claus has had his ability to think permanently destroyed."

Connect above words with following text regarding psychiatric mental health services included in  Senator Alexander's S. 1117, the Reauthorization of the Elementary and Secondary Act.

Think hard about the meaning of the following text as it may relate to the U.S. Department of Education/United Nations Education, Scientific, and Cultural Organization (UNESCO) manipulation of your child's personality and religious beliefs:

Taken from:  ABCs of DumbDown: Lamar Alexander's Re-authorization of ESEA

Page 213 third-party evaluators of supportive school environment for the physical and mental health.

Taken from:   ABCs of DumbDown: ALERT: HR 5, the Student Success Act of 2015,  companion bill to S1177:
HR 5 forces private and religious schools to provide non-cognitive mental health areas of personality development and interventions whereby proficiency levels in the social, emotional, and behavioral domain are scored to a criterion resulting in violations of privacy under the Protection of Pupil Rights Amendment, federal law, state law, and civil rights laws.

www.deliberatedumbingdown.com 3D, page 27: United States membership in the United Nations Educational, Scientific and Cultural Organization (UNESCO) in 1946 set in motion the destabilization of our society through the rejection of absolute morals and values, Judeo-Christian tradition, ad Roman law. Legislation authorizing United states membership in UNESCO marked the end of the United States autonomy in a very crucial area: that of education.
From this time on UNESCO would dictate education policy to our government and others.

This legislation was accompanied by President Harry Truman's remarkable statement:

"Education must establish the moral unity of mankind." Truman’s recommendation was bolstered by General Brock Chisholm, a Canadian psychiatrist and friend of Soviet agent Alger Hiss. Chisholm redefined health to include “mental” health, and presented a paper entitled “The Psychiatry of Enduring Peace and Social Progress” to the United Nations World Health Organization (WHO) in 1946 which “reinterpreted” (eradicated) the word “morality.” Chisholm asserted that The reinterpretation and eventually eradication of the concept of right and wrong… these are the belated objectives of practically all effective psychotherapy. Brock Chisholm went on to recommend that teachers all over the world be trained in “no right/no wrong” psychotherapeutic techniques found in the schools today.

December 7, 2009
1. Brock Chisholm was a distinguished Canadian psychiatrist who, as the first director-general of the World Health Organization, came to be called the “doctor to the human race.” But he was also known for telling an Ottawa home-and-school association in 1945: “Any child who believes in Santa Claus has had his ability to think permanently destroyed. … Can you imagine a child of 4 being led to believe that a man of grown stature is able to climb down a chimney…. That Santa Claus can cover the entire world in one night distributing presents to everyone! He will become a man who has ulcers at 40, develops a sore back when there is a tough job to do, and refuses to think realistically when war threatens.” When a reporter gave him a chance to clarify his remarks, Chisholm said that “Santa Claus was one of the worst offenders against clear thinking, and so an offense against peace.”