ABCs of DumbDown: "Birds of a Feather Flock Together" 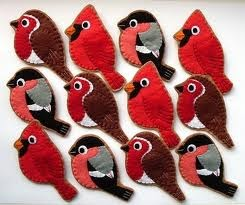 Documentation for information in this post is at the deliberate dumbing down of america,  FREE download at deliberatedumbingdown.com,  and at American Deception.com.  See bolded quote below taken from 3D, page 169.
Also, the complete 76-page document entitled A BROAD-GAUGED RESEARCH/REFORM PLAN FOR SECONDARY EDUCATION—IN THE TRADITION OF THE EIGHT-YEAR STUDY, ”proposed by  the Project on Alternatives in Education (PAE)",  a federally and tax-exempt foundation-funded project, is available as a FREE download at American Deception.com. Type "NEA" into  American Deception.com search engine and scroll down to :
Project_On_Alternatives_In_Education-Goodlad-Tyler-NEA-
1981-76pgs-GOV-EDU.sml.pdf
By the way, The Eight-Year Study, 1933-1941,  referenced  below, was  funded and carried out by the Carnegie Corporation of New York. The Eight-Year Study was the pilot for  Skinnerian Outcomes-Based Education...OBE (Carnegie's Communist Core).
What does all of this have to do with the Reauthorization of the Elementary and Secondary Education Act?
PLENTY.   Amongst other things, it calls for tax-funded school choice/charters with unelected boards, and much, much more.
3D, page 169.  “A BROAD-GAUGED RESEARCH/REFORM PLAN FOR SECONDARY EDUCATION—IN THE TRADITION OF THE EIGHT YEAR STUDY" proposed by The Project on Alternatives in Education (PAE) in 1981, was submitted for consideration and received funding from the U.S. Department of Education and the National Education Association. The project was conducted by leading American change agents, including Mario D. Fantini, John Goodlad, Ralph Tyler, Ronald S. Brandt, Herbert J. Walberg and Mary Ann Raywid. Explanatory cover sheet of the grant proposal was submitted on “The John Dewey Society” letterhead.  PAE called for publicly funded choice schools using “effective school [outcome-based education] research” and principles of the Eight-Year Study.  These called for “inculcation of social attitudes, development of effective methods of thinking, social sensitivity, better personal-social adjustment, acquisition of important information, consistent philosophy of life,” etc.

Professor Walberg has also  co-authored a book entitled  Rewards which calls for the education system (teachers) to use the dog-training outcomes/performance/competency/results-based rewards system on your children.  This behavior modification method was developed by Russian Ivan Pavlov and Harvard's Professor B.F. Skinner.  This method is essential since United States education is no longer academic education for the upward mobility of your children, but is morphing into the Soviet lifelong workforce training (polytechnical) system which will "train"  your children for specific jobs in the global economy.
Professor Herbert Walberg, actively worked with internationally-known, and federally-and tax-exempt foundation-funded leftist education change agents involved with the 1981 federally-funded Project on Alternatives in Education (PAE) which is a research project focused on school choice/charter schools, and which includes a paragraph regarding the activities of the late Theodore Sizer. (American Deception link) The late Professor Theodore Sizer,  whose Annenberg/corporate-funded model Coalition of Essential Schools, New American School Development Corp (NASDC),  is basically the Chicago "small schools" charter school model necessary for school- to- work training.  Sizer's philosophy is the same as Hitler's : "Less is More" Mein Kampf by Adolf Hilter (Stackpol Sons Publishers: Germany, 1939) following quote found on page 70 of PAE document (American Deception,com) for reference to Theodore Sizer's involvement in this study:
"(2) The adequacy of prevalent assumptions regarding adolescents and how they learn ; (3) The high school curriculum, and its relation to educational purposes on the one hand, and to students on the other ; and (4) Modifications needed in the high school in light of both the foregoing and the schools' institutional history . This study is just being organized, under the direction of Ted Sizer."
It is this writer's opinion that the Common Core parents are opposed to in the United States is very likely the Robert Muller World Core Curriculum, which reflects Prof. Sizer's "Less is More" curriculum.  Go to 3D, page 260 for information related to use by the Eugene, Oregon School  District 4J of the Robert Muller Curriculum.
Excerpt:  This [Robert Muller Curriculum] ASCD framework was used by the Eugene, Oregon School District 4J as a guide for development of their Education 2000 Elementary Integrated Curriculum K–5. Characteristics of the Curriculum:
What are some of the characteristics of the new curriculum?
First, it expands the traditional understanding of “basic skills” to include dimensions of thinking as well as language arts, mathematics, physical and social skill development. It shifts what is required from many individual bits of content to major themes and related concepts.... With the former curriculum, elementary students were expected to master 2,175 separate bits of information that included skills, concepts and content organized within eight discrete disciplines. The new K–5 Education 2000 Curriculum requires mastery of only six major themes, 60 concepts and 132 core skills organized within three curriculum strands. This revision greatly reduces the fragmented nature of the former curriculum and significantly decreases the number of specific requirements to approximately one-tenth of the original number.

WHAT A DUMBDOWN!
Let me point out that the change agents mentioned in this post are/were, over a period of fifty-plus years, responsible for the "deliberate dumbing down of america" and for the brainwashing of our children and our teachers in " New Age globalism" and the destruction of  traditional American values. Their goal, as is the goal of the UN, UNESCO, OECD, etc. is a Communist New Age/Anti Christian/New World Order Education System.
PAE's  letterhead, with attached request for tax funding, states at the top "The John Dewey Society".
The following well-known change agents are listed as members of the Steering Committee:  the late John Goodlad, probably the most well-known leftist/globalist change agent in the world, and the late Ralph W. Tyler, of almost equal fame in controversial educational assessment and curriculum development (Communist Common Core being the most recent label).
Both Goodlad's and Tyler's goals, over a period of at least 50 years, involved changing the United States' highly successful academic education system to an international lifelong workforce training system, in which Americans will be controlled  for life by the unelected council form of government (soviet) under "community schools/hubs of the community" which will provide "all" services:  workforce training, leisure, sports, arts, health, mental health, abortion, etc.
National Alliance of Business stated in a promotional flyer published in the nineties:  "WORKFORCE TRAINING KINDERGARTEN- AGE 80"!!!!!!!!!!!!!!!
The Steering Committee for the Project on Alternatives, aside from  change agents  mentioned above, included Ronald S. Brandt of the Association for Supervision and Curriculum Development (ASCD is a strong supporter of Robert Muller's World Core Curriculum) and Mario Fantini, author of "Public Schools of Choice".
PUBLIC SCHOOLS OF CHOICE by Mario D. Fantini | Kirkus
Background on Ron Brandt and his support for Robert Marzano, developer of Tactics for Thinking, a framework for teaching thinking developed at the U.S. Department of Education-funded Midcontinent Regional Educational Laboratory (McREL) and published by ASCD in 1986, can be found at 3D, pages  248-249.
Excerpt from 3D:  "Tactics for Thinking has recently been the target of critics who argue that it “brainwashes” children and advances a “New Age” agenda of one-world government.  Tactics, according to ASCD Executive Editor Ron Brandt, 'gives teachers a practical way to teach their students to think well.'"  Tactics for Thinking includes brainwashing methods developed by Russian psychologists.
Catholic parents should click on following link for proof of Marzano's involvement in the restructuring of Catholic education and Catholic Common Core.
NCEA 2014 Keynote Speaker Dr. Robert Marzano, PhD 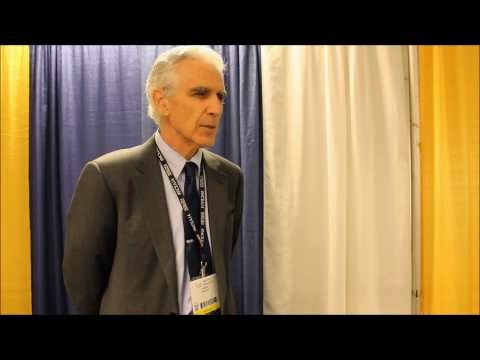 Under Synopsis, The Project on Alternatives in Education...A broad-gauged research/reform plan for secondary education -- in the tradition of the famous [Carnegie Eight-Year, 1933-1941 Study] The Project on Alternatives in Education cover sheet states:  "The editors express gratitude to the many organizations and people contributing in various ways to this document.  Special acknowledgment goes to the National Institute of Education, the National foundation for the Improvement of Education, the Johnson Foundation, the John Dewey Foundation, the Pedamorphosis Foundation, the Association for Supervision and Curriculum Developmenet, and the John Dewey Society, all of which have provided financial support."

Email:
hwalberg@yahoo.com
Dr. Herbert Walberg is a senior fellow with The Heartland Institute and chairman of its Board of Directors. He is also a distinguished visiting fellow at the Hoover Institution and a member of the Koret Task Force on K–12 Education, and a professor emeritus and University Scholar at the University of Illinois at Chicago. His research focuses on educational productivity and human accomplishments.
Dr. Walberg has written and edited more than 60 books and 350 articles on such topics as the causes and effects of learning, teaching and instructional effectiveness, national comparisons of achievement, and educational measurement and evaluation, which have appeared in widely circulated journals, including Daedalus, Educational Leadership, Kappan, and Nature and in such newspapers as the Chicago Tribune, Wall Street Journal, and Washington Post.
Dr. Walberg is coauthor of several books published by or in association with The Heartland Institute, including We Can Rescue Our Children (1988), Education & Capitalism (2003), and Let’s Put Parents Back in Charge! (2004, 2005).
Dr. Walberg was elected a fellow of the American Association for the Advancement of Science, the Royal Statistical Society (London), the American Psychological Association, the Australian Association for Educational Research, and most recently appointed by President George W. Bush to the twelve-member National Board for Education Sciences. Additionally, he serves as the vice president of the International Academy of Education.
Dr. Walberg has held research posts at the Educational Testing Service and the University of Wisconsin and has taught at Harvard University. He was an adviser to former U.S. secretary of education William Bennett. He has been frequently called to testify before U.S. congressional committees and federal courts on educational matters.
Dr. Walberg earned his Ph.D. in educational psychology from the University of Chicago.