PROF. HOROWITZ ......ONE OF A VANISHING SPECIES

PROF. HOROWITZ ......ONE OF A VANISHING SPECIES 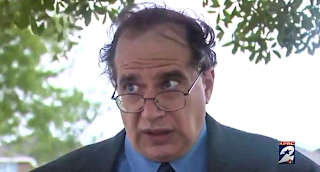 "This class is unique. I have never failed a class, it is very rare that I fail students, sometimes learning incorporates tough love," Horwitz told Houston NBC affiliate KPRC.

In his email — excerpted below via IHE — Horwitz also announced that he was quitting teaching the course, in addition to failing the students:

"None of you, in my opinion, given the behavior in this class, deserve to pass, or graduate to become an Aggie, as you do not in any way embody the honor that the university holds graduates should have within their personal character. It is thus for these reasons why I am officially walking away from this course. I am frankly and completely disgusted. You all lack the honor and maturity to live up to the standards that Texas A&M holds, and the competence and/or desire to do the quality work necessary to pass the course just on a grade level ... I will no longer be teaching the course, and all are being awarded a failing grade."
Posted by Charlotte Iserbyt at 6:22 AM