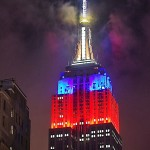 It's the Democrats behind the mess?

Who signed the first United States-USSR Exchange Agreement with the Soviet Union in 1959, at the peak of the Cold War?

ABCs of DumbDown: THIS IS WHAT COMMUNIST COMMON CORE/THE REAUTHORIZATION OF ESEA IS ALL ABOUT