Three minute video in which Tsar Lamar spills his beans: 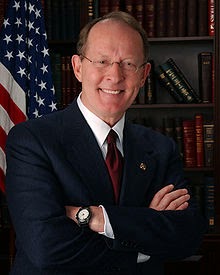 "The conclusion I've come to," he explains, "is that rather than tinkering with the same old vehicle, it would be better to start from scratch.  I suggest we create a brand-new American school, as different from today's schoolhouse as the telegraph was from the Pony Express."

TSAR LAMAR GOODIES # 1
Posted by Charlotte Iserbyt at 6:58 AM