"In politics, nothing happens by accident. If it happens, you can bet it was planned that way." Franklin D. Roosevelt 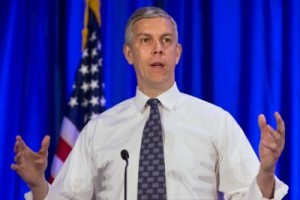 Pres­i­dent Obama’s edu­ca­tion sec­re­tary is stir­ring con­tro­versy by sug­gest­ing the U.S. gov­ern­ment should launch board­ing schools for kids – chil­dren the gov­ern­ment would have 24 hours a day.

Edu­ca­tion Sec­re­tary Arne Dun­can made the com­ments Tues­day in Arling­ton, Va., at the Youth Vio­lence Pre­ven­tion Sum­mit.
“One idea that I threw out … is this idea of pub­lic board­ing schools. That’s a lit­tle bit of a dif­fer­ent idea, a con­tro­ver­sial idea,” he said. “But the ques­tion is — do we have some chil­dren where there’s not a mom, there’s not a dad, there’s not a grandma, there’s just nobody at home? There’s just cer­tain kids we should have 24/7 to really cre­ate a safe envi­ron­ment and give them a chance to be successful.”

3D, page 335.  Excerpt from THE SECOND ANNUAL MODEL SCHOOLS CONFERENCE, SPONSORED BY THE INTERNATIONAL Center for Leadership in Education, Inc. (ICLE—whose director is Dr. Willard R. Daggett, previously employed as a co-trainer with William Spady at Outcome-Based Education training sessions sponsored by Spady’s High Success Network) was held June 26–29, 1994 in Atlanta, Georgia. Representatives of the educational systems of China, Denmark, England, France, Germany, Japan, and Russia were included as presenters at the conference. Of special interest was the presentation given by Su Lin, founder and chairwoman of China International Intellectual Resources Development Center for Children (CICC). This schoolhas branches in the United States, Germany, and other countries to facilitate the immersion of its Chinese students into the culture as well as the language of other countries.

Education reforms conducted by CICC include the shortening of the whole educational period to fifteen years of schooling. Weekday boarding is one of the educational facilities of CICC. They [the students] are required to board at school on weekdays and go back home by school bus on weekends.

We provide boarding for the following reasons:

1. Most people are to busy working to pay enough attention to the education of their own children.

2. Many of the children come from broken families. The boarding school is a place they can turn to for comfort. Some even prefer to stay at school on weekends.

3. May parents are not well educated themselves and know nothing about how to bring up their own children.

4. China has a "one-child" policy as a way of controlling the birthrate. It is statistically shown that problems such as self-centeredness, stubbornness, and dependence are some common characteristics  of only children nowadays. CICC provides boarding to strengthen the children's sense of equality, solidarity, and independence. We have established a school for the parents, where people can learn how to educate their own children. The overall plan for CICC has Moon Lake as the hub of the community with the educational center around it. CICC has organized itself into a self-supported international group corporation of educational institutions and enterprises by opening businesses and services in children's education, science and technology, medicine and health, legal, insurance, trade and tourism. 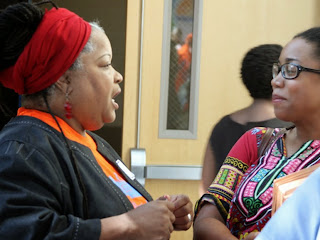 The State of Vermont was discussing boarding schools back in 1979. From my book, the deliberate dumbing down of america, page 155, you can read excerpts from the article “BIG SCHOOL CHANGES PROPOSED,” which was printed in the Bangor (ME) Daily News on November 30, 1979. This article covered what could easily be described as futuristic plans for Vermont public education. It stated in part:

MONTPELIER, VT—A blue ribbon commission has recommended a radical restructuring of education in Vermont with year-round, ungraded schools and a policy of allowing some students to drop out at age 13. In addition, the commission suggested creation of a 4,000- student, residential school for students ages 4 through 19. The state-run school would be a center for educational research and teacher training.... The commission recommends students should be permitted to drop out of formal schooling at age 13, as long as they get a job or enroll in an alternative training program.

Exposing the Global Road to Ruin through Education http://www.deliberatedumbingdown.com/OtherPDFs/Written%20Submissions.pdf
An Expose:  Community Education, page 43, by Ruth Feld and Jill Wilson, first published in 1981
Mary  Berry, 3D, page 149 "IN THE AUGUST 1978 ISSUE OF THE NATIONAL EDUCATOR BARBARA MORRIS, EDITOR OF The Barbara Morris Report and author of many books related to education including her most recent book, The Great American Con Game,15 reported on a speech given at the University of Illinois by Mary F. Berry, assistant secretary in the U.S. Office of Education (1977), regarding Chinese education. Excerpts from Morris’s report are too important to leave out of this book


Posted by Charlotte Iserbyt at 8:10 AM