IS HEARTLAND AN EMBARRASSMENT TO ITS CONSERVATIVE DONORS?

(If not, the United States and its citizens are in BIG trouble!)

Why is Herbert Walberg, an internationally-known behavioral psychologist, serving as "senior fellow" at the "conservative" Heartland Institute?

"Dr. Herbert Walberg is a senior fellow with The Heartland Institute and chairman of its Board of Directors. He is also a visiting fellow at the Hoover Institution and a member of the Koret Task Force on K–12 ".

"Professor Walberg has also  co-authored a book entitled  Rewards which calls for the education system (teachers) to use the dog-training outcomes/performance/competency/results-based rewards system on your children.  This behavior modification method was developed by Russian Ivan Pavlov and Harvard's Professor B.F. Skinner." 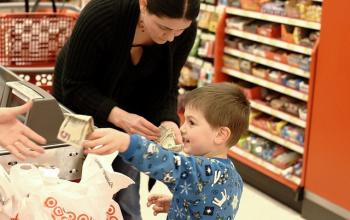 Paying Students for Achievement: Does It Work? | Heartlander Magazine


Here is a quote  from  the Project on Alternatives in Education in 1981 that Walberg  was a part of. This report included the work of top Change Agents to destroy education in America!


"But in addition to basic skills in reading, writing, and mathematics and even such higher mental abilities as understanding and critical thinking, Americans have long sought more from the public schools for their children -- education toward such fundamental ideals as civic responsibility, physical and mental health, vocational and career preparation, moral and ethical conduct, and more . Are the schools achieving these ideals today? Although the ranges of fact and opinion are wide, it seems clear that support for public education has faltered."


DO NOT THINK FOR ONE MOMENT THAT WHAT WAS PROPOSED IN THE 1981 STUDY, AND NOW BEING SOLIDIFIED BY THE LIKES OF COMMON CORE AND THE POSSIBLE PASSAGE OF THE REAUTHORIZATION OF THE ESEA ACT, WILL INCULCATE CHRISTIAN VALUES OR AMERICAN FREEDOMS!
REMEMBER GOD AND THE BIBLE ARE ALREADY BANNED  IN PUBLIC SCHOOLS.
CHRISTIAN SCHOOLS,THROUGH THE ACCEPTANCE OF GOVERNMENT FUNDING,
ARE ALREADY REQUIRED TO TEACH TO STATE CORE STANDARDS IN THE AREAS WHERE FEDERAL MONEY OR SERVICES ARE  APPLIED THROUGH THE LEA (LOCAL EDUCATION AGENCY).
ATTENTION CATHOLICS:

Please note the information on Robert Marzano who has been "embraced" by the NCEA (National Catholic Education Association).  He proposes "Controlled Chaos" in the classroom through "Reinventing the Classroom."  He also states that COMMON CORE IS SECOND ORDER CHANGE!
http://www.reinventingschools.org/about/the-risc-approach-to-schooling/

"SECOND ORDER CHANGE: Educator John C. Hillary discussed Second Order Change in a 1990-91 issue of "Outcomes" (OBE). He described SOC as "framing the social system causing ambiguity, discontinuity, anxiety, frustration, paranoia, cynicism and anger. The eventual outcome is a transformed  or renewed organization. It requires one to violate or challenge the established culture."


The "established culture" to be violated is our Christian culture. It will be replaced by godless globalism, socialism, and communism if we allow change agents and behavioral psychologists
have their way.


Posted by Charlotte Iserbyt at 2:13 PM