Peter Green has a real handle on the deception of Common Core and where it came from.

So few people understand that Common Core has been with us for many years under other labels.

Common Core is a direct result of years of administration of the National Assessment of Education Progress, established by Congress in 1969. Our children have been exposed to state versions of the NAEP test (sampling of a group of students in each state) since that time.  The NAEP has always tested your children's attitudes, values, and beliefs. Click on following link for excellent presentation made by Anita Hoge who won her case in 1991, under the Protection of Pupil Rights Amendment, against the Pennsylvania Dept of Education regarding the Pennsylvania version of the NAEP.


The NAEP has morphed into what is now known as Common Core. This morphing has increased the NAEP's power to brainwash your children (computer can brainwash). The paper version of the NAEP, although dangerous, could not brainwash as effectively as the computer. The name of the game is  "assess, remediate, assess, remediate" until your child has reached the attitudinal goal of the Common Core standard/test item (at least 50% attitudes, values and beliefs). The remediation is done by the corporations to whom the school has given your child's assessment results (very private data) The corporations in turn develop remedial computer courseware targeted to your individual child to bring him/her to the proper attitude, value and belief. The corporations sell this courseware back to your school and make a profit on  remediating your child's most personal attitudes, values and beliefs. And you are paying for this. 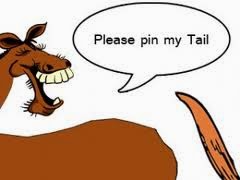 In order to DIVERT Americans from the major issue... there is a Trojan Horse which will commence the unraveling of our representative government through tax-funded school choice. They are building an army of good but naive Americans to go up against a bogey man (Common Core) while they slip in  (implement unconstitutional, tax-funded private education, charters, etc. with no elected boards).   Why? School boards are messy. Elected officials are unlikely to allow the transformation of our public schools from academic education to lifelong  Soviet workforce training.

Their remedy:  Get rid of elected boards

Four movies devoted to this highly-funded and well organized diversion, and most recently Glenn Beck's new book Conform, should convince the average American that "they" mean business:
And if you need proof of what they are up to and who, believe it or not, supports this neoconservative agenda to destroy ALL present forms of education, read on:

“TO OBE OR NOT TO OBE?” WAS THE QUESTION POSED BY MARJORIE LEDELL, ASSOCIATE of William Spady’s in his High Success Network, in her article for Educational Leadership’s January 1994 issue. From page 18 we read:

Finally, raise the real issue and depend on democracy. Don’t let “to OBE or Not to OBE” or “to implement or not implement efforts to improve student learning” cloud the overdue national debate about whether public education should exist or be replaced with publicly funded private education. [bold added]