"Gloria and Gary versus Goliath" --Round 1 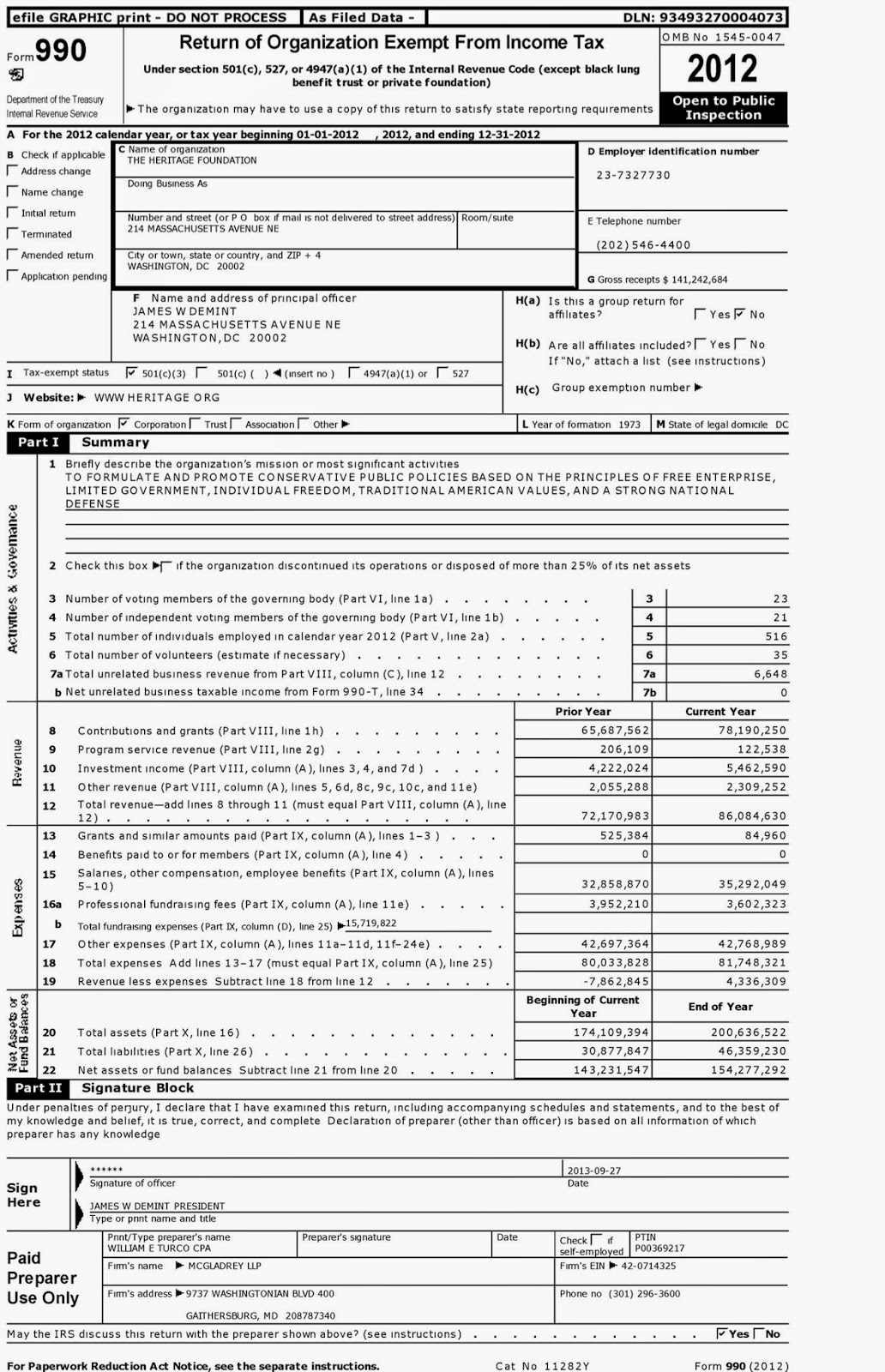 If you've ever wondered why it seems so difficult to keep up with what is happening in education and politics, perhaps some of the following information could explain the struggle.

On the Heritage Foundation's Federal Form 990--US Treasury Department Return of Organization Exempt from Income Tax--for 2012, under the section provided for "Political Campaign and Lobbying Activities--Schedule C," the Heritage Foundation has listed an expended amount as "$81,748,321.00"! That's 81 MILLION, 748 THOUSAND, and 321 dollars! 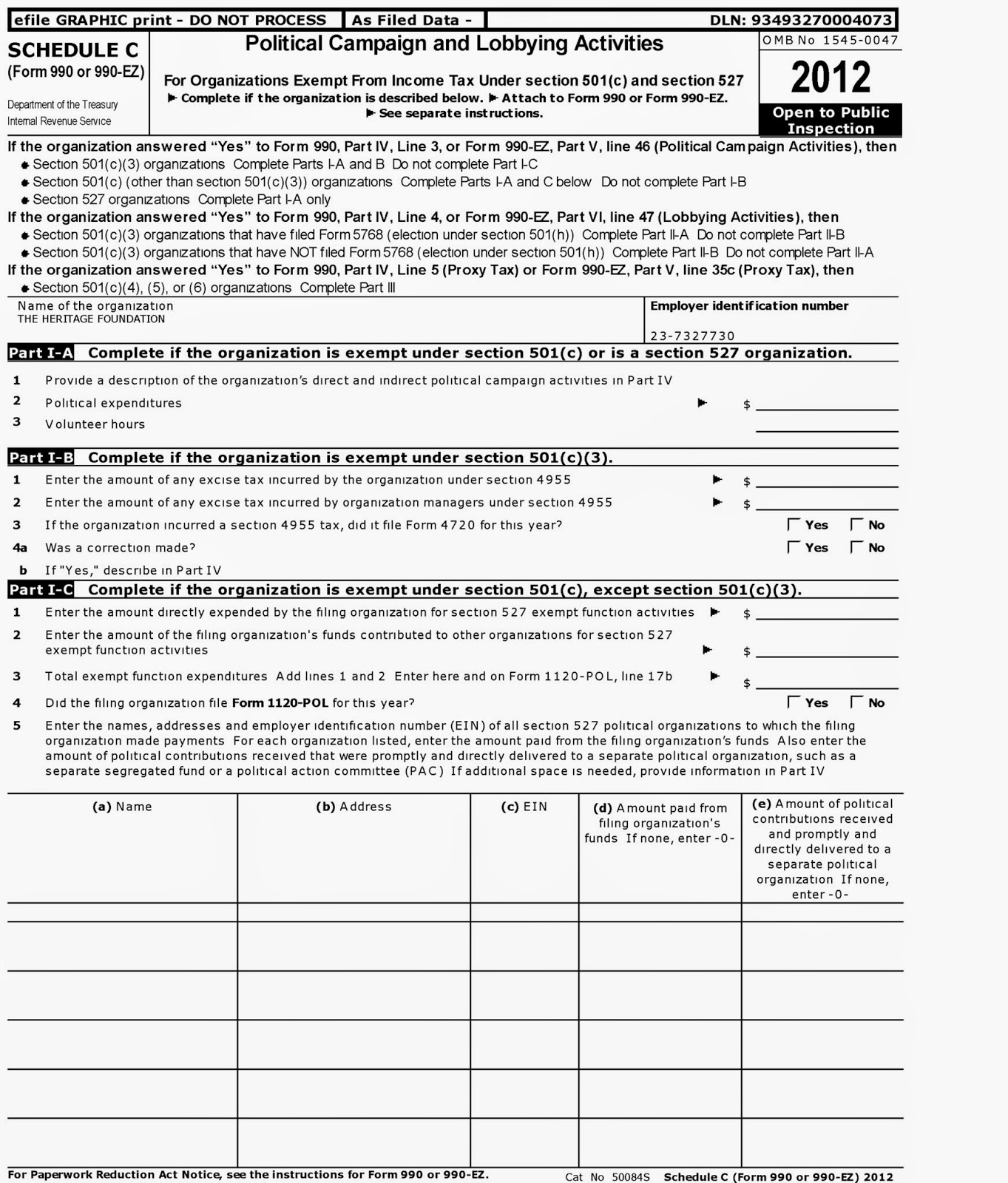 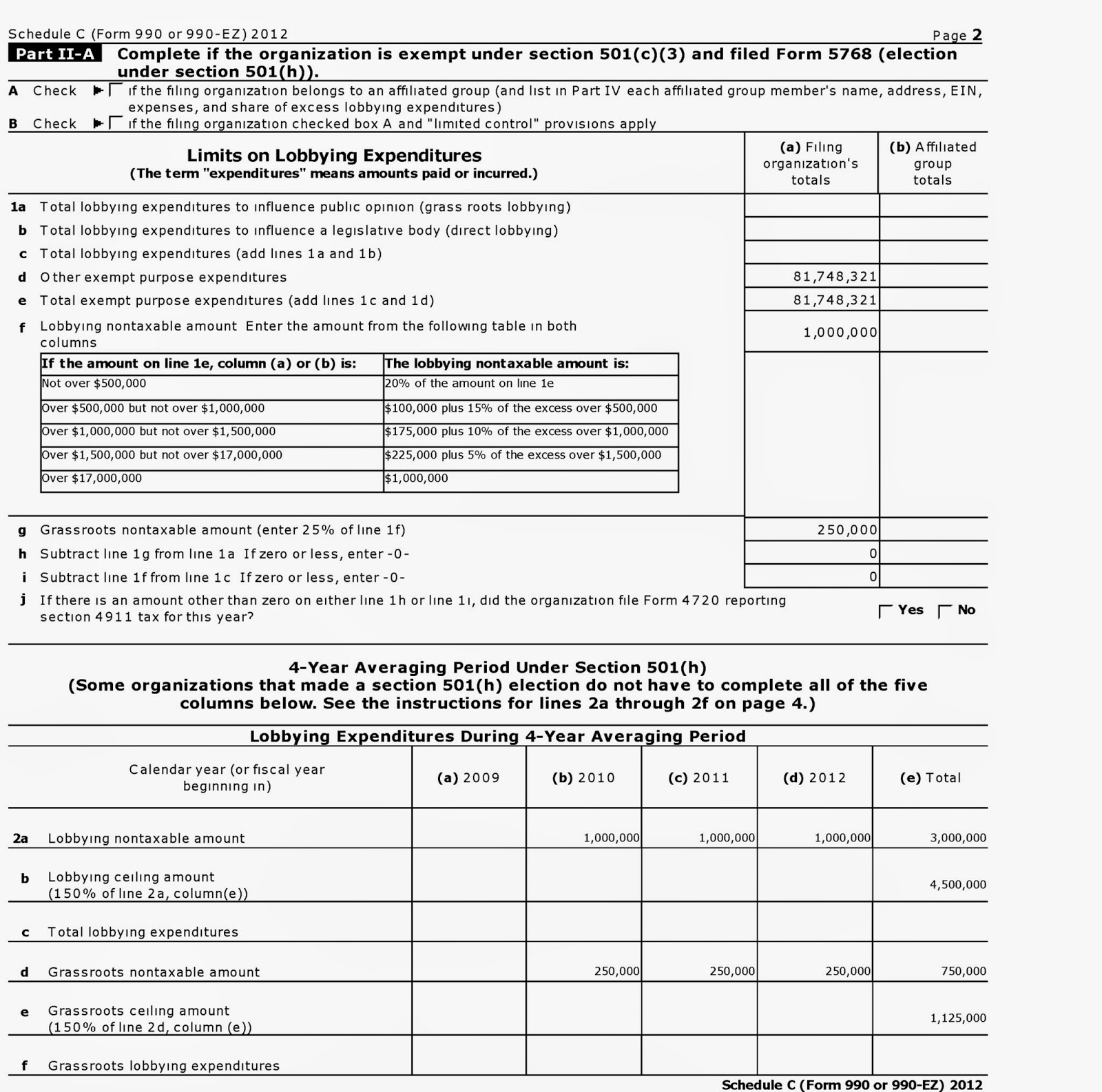 When was the last time you and your group of friends were able to spend that kind of money convincing legislators and elected officials that Common Core was an awful idea and that choice and charter schools were not the answer to education's problems? Last week? Last year? Never? Were you able to hire the likes of Odell Simms & Associates of Tyson's Corner, Virginia to help you with some direct mailing ideas to get your information out to parents who need to know what is happening to their children and their privacy in America's classrooms--to the tune of just over $17,000,000.00? That's 17 MILLION dollars!

Have you been able to save back enough out of your grocery money to invest $13,398,470.00--that's 13 MILLION, 398 THOUSAND, and 470 dollars--in Central America and the Caribbean to pay for gas to get you to the state capitol to have input into committee meetings so that you could have an effect on proposed legislation? No? Well, I'll be. What a shame!

And while the Heritage Foundation is "getting the word out" about their position on issues that affect you and your family--especially promoting choice and charter schools to the detriment of academic education and American pride--you might be interested to know that Elaine Chao, formerly of the US Office of Management and Budget and presently the wife of Kentucky's US Senator Mitch McConnell who is the Senate Majority Leader, is employed by the Heritage Foundation and drawing an annual salary--with bonuses and incentives--of $290, 826.00. Just because they do not share the same last name doesn't mean that they don't share many other things, and Heritage's positions just might have an inside track for consideration--particularly Heritage's focus on choice and charter schools as promoted by former South Carolina Senator James DeMint who resigned his elected position to assume the presidency of the Foundation to carry out this goal. And if you were a believer in Jim DeMint's conservatism and disappointed in his embracing the neocon worldview, he is not alone. When Charlotte Iserbyt went to Washington at the request of the Reagan Administration, her "mentoress" was fellow American Conservative Union member, Becky Norton Dunlop. According to Charlotte, Dunlop was a Goldwater conservative, responsible for helping form the Maine Conservative Union, an affiliate of the national American Conservative, and held a truly conservative view of the world at that time (she gave Charlotte the Zeitlin quote out of the Communist Daily World to the effect that "regionalism is communism"), and did many other helpful things for the cause, but somewhere along the way--much like Jim DeMint--she abandoned that horse and has ridden into the neocon camp on a Heritage Foundation salary of $273,654.00, which includes bonuses and incentives. Goliath strikes again.

While there are many more pages and plenty of information contained in this 2012 report of Heritage's activities that are equally frightening and of concern, please remember that we have some important "stones" to throw. We have truth, honesty, faith, determination, and love for our children on our side. Five smooth stones. God help us to aim them carefully. More to come.


Reported by Cynthia Weatherly, 3D Research Group
Posted by Charlotte Iserbyt at 9:13 AM