INVESTIGATION OF THE TAX-EXEMPT FOUNDATIONS!

You can listen to me (Charlotte) discussing the highly-funded neoconservative bandwagon (movies, books, conferences, TV shows,  etc.) working in opposition to Common Core. This "Common Core" agenda is nothing but a diversion from the real Trojan Horse -- tax-funded school "choice" which will kill all private, religious, and public education and may well destroy our elected form of government due to its removal of elected boards to oversee the expenditure of a gargantuan amount of tax money. Charter schools are public schools BUT they have NO elected local school boards. (This is Taxation Without Representation!)

The government/corporations want their own education system and know that they must control all education in order to accomplish their lifelong global workforce training agenda. The reason they are going after public education is due to the fact that we still have elected local school boards, accountable directly to voters and parents. This is a major obstacle to their changing over our education system from an academic focus to a performance-based workforce training focus -- with full implementation of a womb-to-tomb system of control of all Americans.

URGENT!!!! In this interview I also call for  a resumption of the Congressional Investigation of the Tax-Exempt Foundations aka Reece Committee Investigation hearings, headed up by the late Norman Dodd, Research Director, 1953-1954, which were abruptly shut down in 1954.

We need one good Senator to call for the resumption of the 1953 investigation. The late Senator Jesse Helms promised Norman Dodd in 1986 that he would attempt to get the hearings resumed. He did nothing.

It is up to all of us to make sure this happens.  If you know of one good Senator who will assume this job, please let me know, and we can go from there.

Such a resumption of the 1953 Congressional investigation could be exactly what the doctor ordered.  Clean out the elitist leftist tax-exempt stable where leftist/collectivist policies have been spawned for over 100 years! 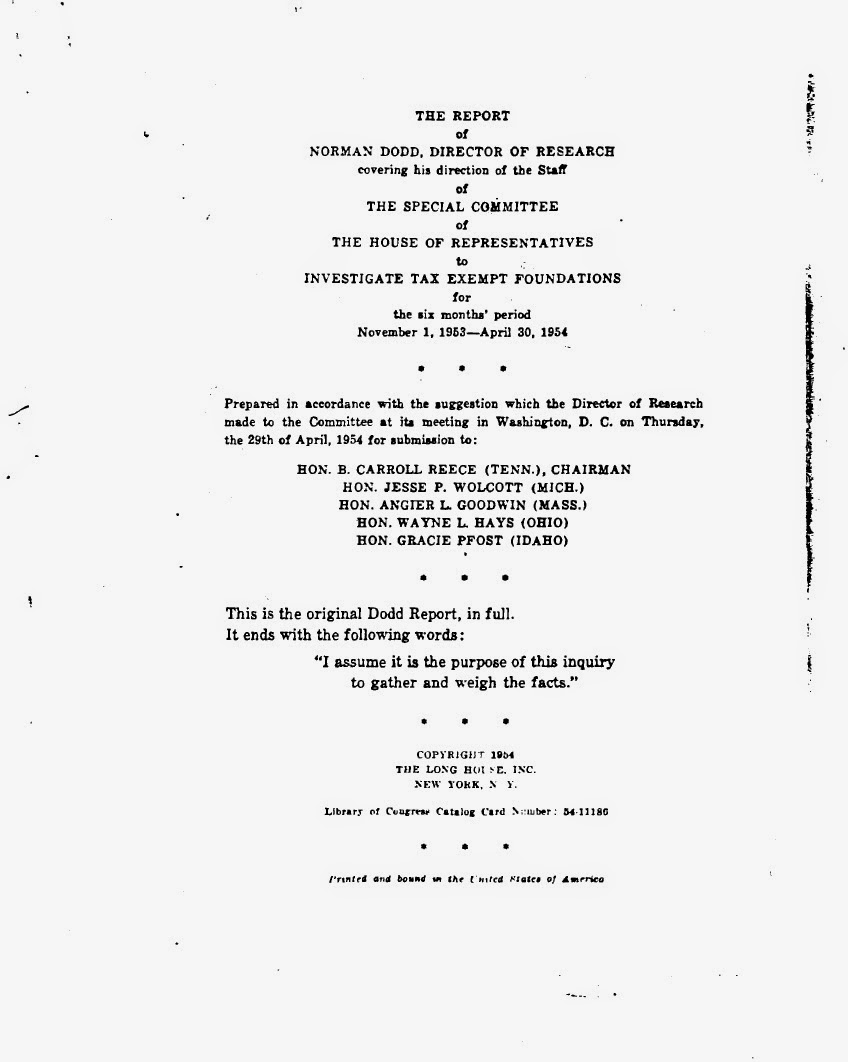 Return America to the people's representatives.

The 3000 page transcript of the 1953-1954 Reece Committee hearings is posted at American Deception.com. It is truly a "wake-up call."

Please forward this interview to all your lists.

I appreciate very much Dr. Stan allowing me to get this message out across the country.

God bless all of you, your families, and America!


Posted by Charlotte Iserbyt at 12:44 PM